LATEST NEWS
Home TMO.Live Blog On the record: We live in a world of hate

On the record: We live in a world of hate 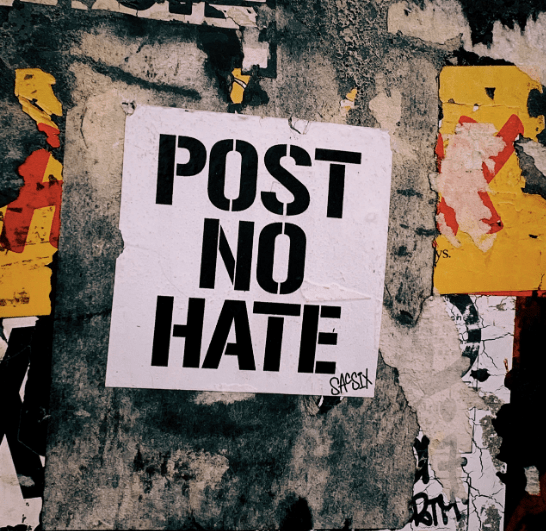 Today it’s Roxanne. Who are you going to target tomorrow?

We live in a world of hate. We hate others because of their gender, race, success, social standing, privilege, culture, religion, political views … pretty much everything. This isn’t new, but it’s getting worse. Social media gives a platform and voice to those who have nothing constructive to say. What’s worse is that we condone it with our retweets, favourites, and our silence. Those are the tools we use to embolden those who only have despicable things to say.

I’m not the first to speak about this but I am witnessing a public lynching as I write this and I need to stand up. It’s disturbing that people who should know better are lighting their torches and readying their pitchforks.

I’m speaking about the current doxing and attempt to destroy the career of Roxanne Joseph. Three years ago she suffered (and likely stills suffers) from a serious mental illness. As a result, she faked dying from cancer. I can’t imagine how that affected her friends and colleagues who were devastated by this. However much they suffered, I am certain that her family suffered tenfold.

I was there. I saw it. Her father, one of the strongest men I know, crumbled. When he discovered that the cancer was faked, he was relieved. Can you imagine being grateful that your daughter is only suffering from a serious mental illness and not a slow and heart-wrenching death?

My good friend and colleague Daniela Quiros Lepiz wrote more about this, so I won’t repeat what she so eloquently discussed in her blog. Here I would like to explore the aftermath.

Three months after it was found out that she was faking and started going to therapy, I hired her as a data journalist. Nepotism? Favouritism? Maybe. I don’t think so because she’s a damn good data journalist. To be honest, I don’t care whether you believe me or not, it isn’t at all relevant.

What does matter is the anonymous emails and phone calls I received demanding I fire her. The Mail & Guardian cancelled a project we were about to embark on because I refused to submit to their demands that I take her off my team. Some other employees received similar phone calls.

I spoke with my board, explained the situation and that the organisation may receive backlash. I also told them that it would be unconstitutional to discriminate against her because of state of health if she was able to do her job. And that she did. She was excellent, hardworking and determined. She was subject to the same oversight and expectations as any other employee.

Fast forward three years. All of a sudden she appears on the list of speakers at a journalism conference. She was invited because of her sterling work on conservation journalism, and also because she is a really talented data journalist. And here starts the cyberbullying. Nomatter_n, dinesh, and so many others started tweeting and demanding that she be taken off the list. Ostensibly because her ethics are compromised and she shouldn’t be allowed to work in journalism.

No-one has ever found a flaw or mistruth in her journalism. I’m pretty confident about this because you can bet that the trolls have been combing her work looking for an out-of-place comma.

Roxanne apologised publicly, twice. She lay supine, letting them beat her up without saying a word. Let me be clear, her friends and former colleagues do not have to forgive her. They were hurt, and perhaps that is an understatement. It does not, however, give them the right to destroy her career. She has been dropped from two conferences. The trolls have contacted every media body, potential employer, and anyone that matters in the industry. I was shocked to hear that the Mail & Guardian was writing a story about it.

Really? How did a once-proud national publication become a tabloid and weapon to be used to destroy the career of a young journalist? Where is the public interest?

If this is a story, then it isn’t about Roxanne Joseph. Perhaps it’s a discussion about mental illness and ethics. It’s a discussion that should be had by the journalism community, not in a national publication but rather by the industry itself. We might also want to talk about our intolerance towards mental health, an issue which cripples the lives of millions of South Africans.

Shame on you Nomatter Ndebele. You are no longer a victim in this story, you are the bully.

Shame on Jan Borman, Chandre Prince, Ruth Hopkins, Dinesh Balliah, MayaCJay, MdLazarus, Ricky Stoch, Carolyn Raphaely, Blueberry Muffin, and all of those who supported them through your retweets and favourites on Twitter.

Shame on AIJC for dropping her from the conference. At the very least I would expect you to release a statement saying that you don’t condone what is going on and simply decided along with Roxanne that you didn’t want to distract from a really important conference for African journalists.

Shame on the employers of those who are attacking her and allow these bullies to tarnish the names of their organisations.

Shame on the journalism community which is allowing a vicious vendetta to take place in public through its silence.

Who are these people going to target next?

If we don’t speak up now then an already-weakened industry will lose the trust of the public and with it, their credibility.

Adi Eyal is the director of Open Up (previously Code for South Africa), a civic technology organisation using data to promote informed decision-making, for social change in South Africa.