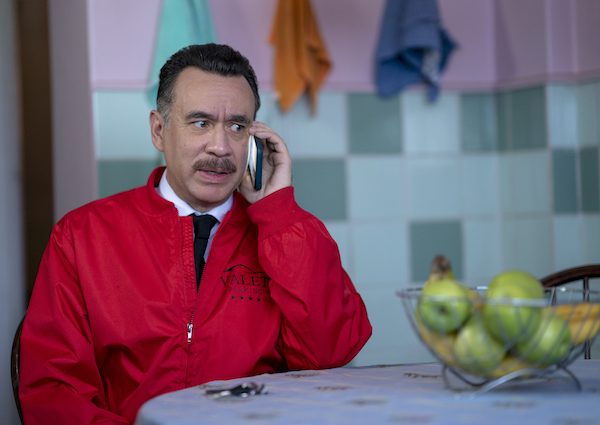 [PRESS OFFICE] Los Espookys, one of Rotten Tomatoes’ 10 best reviewed shows of 2019 so far, is now streaming first on Showmax.

When LA valet Tico finds out that his niece’s amazing horror-themed birthday party was designed by her brother Renaldo, he tells him he should start a business. “Listen, all I ever wanted to do was park cars. Now I do it full-time,” says Tico. “This horror business is your parking cars. Go for it.”

Los Espookys is a six-part, half-hour comedy series about the resulting business, where Renaldo (Bernardo Velasco) and his three best friends – Andrés (three-time Emmy nominee Julio Torres from Saturday Night Live), Úrsula (Cassandra Ciangherotti) and Tati (Ana Fabrega from Portlandia and At Home with Amy Sedaris) – provide on-demand horror to those who need it. Their customers include an overlooked priest who wants a fake exorcism; an American ambassador who needs them to stage her own abduction; and a dying tourism destination desperate for a monster attraction.

Shot in Chile, in both Spanish and English, Los Espookys has a rare 100% critics rating on Rotten Tomatoes, universally praised for being unlike anything else on TV today. The HBO series has been hailed as “the best comedy you might have missed… a rare and secret gem that you’d barely believe could exist if you weren’t staring right at it” (Mashable); “stellar and wonderfully peculiar” (Wired); and “Genius… really, really fun” (Vanity Fair).

As director Fernando Frías (a Slamdance grand jury prize winner for Rezeta) puts it, “Every project is a universe in and of itself; this one is especially unique…”

Each of the friends are clearly and colourfully drawn. “You bring the smile; I bring the teeth,” Ursula, a tenacious dental assistant, tells Renaldo, who is noble and kind – and always running out of cellphone minutes. Gullible Tati juggles several (very) odd jobs – like wearing in other people’s shoes – and acts as the group’s test dummy, while Andrés is the brooding heir to a chocolate empire, an orphan who longs to unlock the secrets to his past – and avoid his trophy boyfriend Juan Carlos (José Pablo Minor).

“I love the idea of goths, and horror, but with a backdrop of Latin America,” says 13-time Emmy nominee Fred Armisen, who plays Tico. Fred created the show with Ana and Julio, and executive produced the series with 16-time Emmy winner Lorne Michaels, the creator of Saturday Night Live, and Peabody winner Andrew Singer (Portlandia). “It’s supposed to be spooky and scary but at the same time about the optimism behind putting a group like this together.

Unsurprisingly, HBO recently renewed Los Espookys for a second season. As Collider says, “It’s a rare and wonderful thing when you find yourself watching an episode of television and realise, ‘I’ve never seen anything quite like this before.’ HBO’s new half-hour comedy Los Espookys is a wonderfully weird and inventive show that inspires exactly that kind of thought at least once an episode, embracing bizarre characters, off-kilter humor, and a heady dose of magical realism where the impossible can, and often does, happen. It’s also hilarious.”


Binge Los Espookys first on Showmax in Africa at //www.showmax.com/eng/tvseries/nkvyavey-los-espookys.