JCDecaux has launched VIOOH, a global independent automated planning and trading platform designed to accelerate growth of out of home and connect the industry to the programmatic digital ecosystem.

The capital of VIOOH, pronounced View, is currently owned 93.5% by JCDecaux and 6.5% by Veltys, a data specialist and modelling company.

“The launch of VIOOH is an important step in the evolution of OOH. From a local perspective, this further reinforces the critical work that the OMC is doing to establish a credible trading currency to allow OOH to compete in the world of automation and programmatic trading,” said Adelaide McKelvey, group sales director of JC Decaux Sub-Saharan Africa.

VIOOH’s purpose is to grow out of home advertising spend globally by offering an integrated platform to provide automation and offer programmatic trading for media sellers and buyers.

While digital out of home (DOOH) is expected to be the second fastest growing medium between 2017 and 2020, the platform will strengthen JCDecaux’s capacity to meet the new expectations of its clients, brands and agencies, and enlarge the Group ecosystem.

The platform has been in development for over two years, and provides a full stack for automated trading, data management, content serving and ad exchange functionality. The new business is based in London and VIOOH already employs a team of over 65 developers, coders, commercial and support staff.

JCDecaux believes OOH can compete with digital advertising (mobile, search, display) by transforming its whole offering through optimised campaigns using data and technology, which is why the Group decided to create VIOOH organically on a worldwide footprint and to open it to OOH media owners.

VIOOH can incorporate many data sources and relies on machine learning algorithms to improve the targeting and the effectiveness of the advertising campaigns.

Marketing expert Leatitia van Straten has been elected as the new chairperson of the Association of African Exhibition Organisers (AAXO), replacing Carol Weaving, who has headed the association since its inception in 2015. 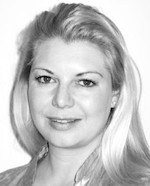 Van Straten (left), who has served as marketing director at Terrapinn and is now marketing director of Specialised Exhibitions Montgomery, has sat on the board of directors since inception. She has been listed on the International Who’s Who multiple times as an expert in her field, and has been recognised as one of the Top 40 Women in the MICE industry.

“I have big shoes to fill, as Carol has done an amazing job in getting the association on its feet over the past three years,” said Van Straten. She notes that AAXO is growing well and delivering on its original goals of conducting thorough industry research, growing its pan-African representation and serving both as a voice of the exhibition industry and a barometer of its standards.

AAXO has also announced the appointment of Wesley Lofstedt as the new AAXO manager.

AETOSWire, the news distribution arm of News Services Group and the exclusive representative of Business Wire, a Berkshire Hathaway company in the MENA region, has launched the innovative Press Video Service that transforms textual press releases into a less than 60-Seconds Animated Press Video.

The Press Video is one of the latest services launched by AETOSWire along with the few most sought-after communication services, like the Audio Alerts for Journalists, to mark its 10 years in the industry. It came about as a response to the influx of press releases on various media outlets, whereby clients’ messages would get lost in the mound of press releases. With thousands of news available online, clients have to wonder how they can capture and maintain the interest of their target audiences.

“We have always strived to be the leader and trailblazer in the communications industry in the MEA region,” said Tony AbiHanna, president and CEO of NSG and AETOSWire. “Now we are introducing another service that would change the way audiences view and share press releases. Imagine your press release converted into a less than 60-Seconds Press Video through animation and motion graphics; while utilizing your exact wordings and multimedia assets.”

The first Jacaranda FM Project Waterdrop borehole was drilled at the Kleinberg Primary School and Ocean View LSEN (Learners with Special Education Needs) School in the Western Cape on Wednesday. It offers a sustainable water solution, come rain or drought. 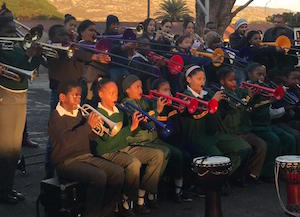 Jacaranda FM’s Breakfast with Martin Bester launched Project Waterdrop 2018 in February, in response to requests from listeners to assist the drought-stricken Western Cape. The project set out to drill boreholes, which would also be fitted with pumps, to benefit schools in vulnerable areas. “Today marked the first step of Project Waterdrop, that started with thousands of people in Pretoria, coming full circle in the Western Cape”, said Jacaranda FM breakfast host, Martin Bester.

As part of the awareness campaign for Project Waterdrop, Jacaranda FM and the Blue Bulls partnered on 31 March to fill-up Loftus for the Super Rugby clash between the Vodacom Bulls and DHL Stormers. This was a massive success, with close to 30 000 people in attendance and more than 122-thousand litres of donated drinking water collected on the day, distributed to Western Cape school districts in need by DHL and Quatro Security. Several individuals and companies – including kykNET’s Toks ‘n Tjops – also rallied behind the project by adopting schools – covering the full R50 000 needed to set up a borehole.

Former Springbok Captain, Jean de Villiers, who was also one of the driving forces behind Project Waterdrop, sent this message to the Jacaranda FM team: “The reality is, only once you don’t have water, do you realise how important it is. Today we’re seeing a team drill a borehole to help with the problems we have here in the Cape.”

Several of the schools in the Cape Metro and West Coast, earmarked by this project, are LSEN-schools, servicing the children of poor, disadvantage households, where unemployment and need are the norm.

There are less than two weeks for delegates to submit papers to the PAMRO All Media Research Conference. The conference which will take place from 26 to 28 August 2018 at the Radisson Blu Hotel, Ikeja in Lagos, Nigeria and will address the theme A Billion Dollars, the Billion Dollar Question: Media Data and Analytics for Change’.

Some of the confirmed presentations so far include: Wayne L Hull, MD of Accenture Digital for South Africa and Sub-Saharan Africa, looks into how digital advertising is becoming more complex than ever. Claire Harris, Ireland, commercial lead of Nielsen’s Watch business in the emerging markets group, will present her findings on Solving the Measurement Gap. Consumption of traditional media continues to converge with digital offerings, and while the path to convergence on the African continent varies in terms of screen usage and adspend from the path we’ve seen in more established markets, we need to anticipate the future and understand how we can effectively bring measurement together.

To register as a delegate at the conference and to book accommodation, to join PAMRO, or for more information, please visit PAMRO.

As preparations continue for the first Wikimania conference in sub-Saharan Africa in Cape Town (18-22 July), a key focus will be on increasing more regional contribution to the world’s largest free, collaboratively-built online encyclopedia. 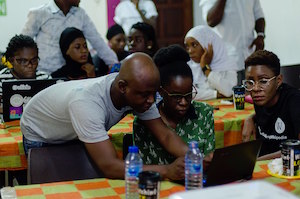 “To achieve knowledge equity we need to have more voices represented in our community.  This is why we are creating an inclusive environment for people from all over the world to contribute knowledge in a way that considers custom, language, access to bandwidth, and more,” said Ellie Young, conference organiser for Wikimania.

Across other parts of Africa, organised thematic workshops targeted at bridging the gender gap and other systematic biases that exist on Wikipedia have also been held.

Work to create more regional content also continues. In South Africa, Afrikaans and isiZulu are the most active language Wikipedias other than English.

Take advantage of our June Discount for online courses. Buy an online course before 18 June 2018, and save 50%.

This months event will be dedicated at looking at a few of the existing blockchain game applications making use of the tech, as well as a brief look at some of the challenges that are being faced and how the landscape of gaming may see some change with the further adoption and development of this emerging tech.

There will be presentations and discussions with some of the industry’s experts, updates on the latest blockchain news and afterwards some snacks and drinks provided by the Linum team while networking with the community.

The aim of these meetups is to provide an open platform for people to learn more about Ethereum & Blockchain, share ideas, ask questions, talk about projects and meet people within the industry.

It takes place on 27 June in Cape Town at Rise at the Woodstock Exchange.