Saluting a MOST complete leader

Posted By: The Media Reporteron: October 25, 2016In: Awards
Print Email 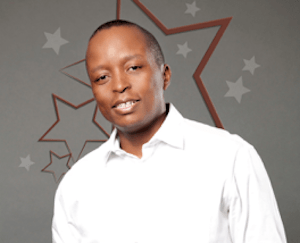 Previously employed by the SABC as general manager of business intelligence, Wanele Mngomezulu took up a position as group commercial director and managing director of MSG Group Sales at MSG Afrika Group at the beginning of the year. In that brief period of time, he appears to have been resoundingly successful.

“In a very short space of time, the fortunes of our business have more than doubled under his leadership,” says Given Mkhari, CEO MSG Afrika. “He’s a very calm, systematic individual, who has the ability to get the best out of his team, and a very efficient operator. What he’s achieved within media sales, is where I thought the company would be in about a year and a half. He was able to do that in the space of two months! …He is an amazing turnaround player.”

One of the criteria that is key to winning a MOST Rising Star Award is leadership quality, which it seems Mngomezulu has in spades. He is, according to Mkhari, “a very calm, level-headed sober leader, and a very hands-on leader as well. He’s not one of those leaders who says, “do as I say” – he does it, and people get inspired and they learn from him. We’re very blessed to have a leader of his magnitude.”

Chris Botha, group managing director of The MediaShop, expresses a similarly high level of regard for Mngomezulu. “In our industry, very often the way you get treated, sadly, depends greatly on your title, and where you sit in the ‘pecking order’ of business,” he says. “I’ve had the privilege of knowing Wanele Mngomezulu for many years now. I really got to know Wanele firstly as a media competitor when he was with GroupM. I remember thinking that he was fair, friendly, intelligent, likeable, forward thinking, incredibly hard working and passionate.

In addition to his role at MSG Afrika, Mngomezulu has served as a board member of the Broadcast Research Council of South Africa since late 2014. He is an accountant by training, having graduated with a B.Com Honours degree from the University of KwaZulu-Natal (he has also attended the Milpark Business School). According to Mkhari, “to watch a ‘bean counter’ displaying his creative powers and leadership the way he does, is quite unbelievable.”

“Wanele has always been consistent in every dealing I have ever had with him. He is a peach of a human being, and I am happy to consider him my friend,” says Botha. “I am ecstatic that his amazing contribution to this industry is being recognised. I can think of few more deserving.”

“He’s more than just a media practitioner. In my view, I think that he’s a complete leader in many respects,” says Mkhari. “I have massive admiration for him.”

It’s hard to argue with such glowing endorsements, which is why Mngomezulu is this year’s Media Owner Rising Star.

This story was first published in the September issue of The Media magazine. Read the digimag here.