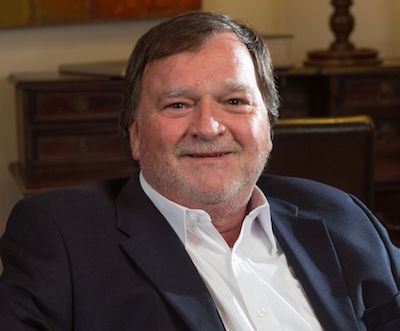 The chairman of Novus Holdings, Lambert Retief (64), has passed away, the company announced on Thursday [26 January 2017].

“Our hearts are heavy with the loss of one of the greatest fathers of our industry. Lambert will be deeply missed by us all at Novus Holdings. We wish his family peace and strength during this difficult time,” said Keith Vroon, chief executive officer at Novus Holdings, in a statement.

Retief was appointed as the first CEO of the then Paarl Media Group in 2000, which was formed by merging National Magazine Printers and Paarl Web. His late father was one of the founding directors of South Africa’s leading printing operation.

In 2005, he was appointed as chairman of the Group and continued to invest his expertise and knowledge of the print industry, which spanned over 38 years, into the business.

As an esteemed figure in the printing industry, Retief sat on the boards of a number of entities namely Naspers, Media24, Quantum Food Holdings, Zeder Investments, Pioneer Food Group and Huguenot Investments, over the years.

Vroon added; “With his visionary leadership and integrity, Lambert was instrumental in the evolution of our Group and how we do business today. Everyone who knew Lambert had a deep admiration and tremendous respect for him as a passionate businessman who truly cared about his fellow colleagues and the community.”

Retief was instrumental in the establishment of the Paarl Media Bursary Fund Trust in 2008 which annually provides promising school-leavers who require financial support an opportunity to study in the field of their choice.

As lead independent non-executive director, Fred Robertson assumed the role of interim chairman following Retief’s medical leave of absence since July 2016. Robertson will continue fulfilling this role until such time as a permanent appointment has been made.

Retief is survived by his wife Carol and three children, Tina, Nic and Esmé.

A memorial service will be held for Retief on Friday, 3 February 2017 at Anura Wine Estate at 16h00.