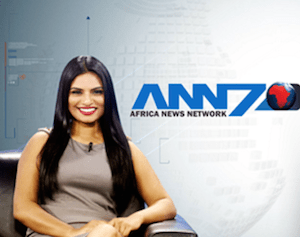 An impassioned open letter that purports to be from Oakbay’s employees (the Gupta-owned Oakbay owns The New Age and broadcaster, ANN7) has raised a few (sceptical) eyebrows.

Addressed to the chief executive officers of Absa, FNB, Standard Bank and Nedbank – the banks that closed the Gupta’s accounts, citing risk of association after the Guptas were exposed as having a major hand in ‘state capture’) – the letter begs the CEOs to reopen the family’s business accounts.

“We are not rich people. We are not politically connected. We have not captured the state. We have never offered any politician a job.

“We do not know if any of the allegations against the Gupta family or Oakbay’s management are true. We do not care.

“All we care about is providing for our families. If you do not open Oakbay’s bank accounts we cannot be paid and Oakbay cannot pay its bills,” it reads.

It then goes on to say that if by the end of May the accounts remain closed, Oakbay’s businesses will be forced to close, leaving thousands without jobs.

“How will we pay our bills? How will we feed our families? You will not just be hurting us, but our children too. Must they go to school on an empty stomach? What happens when we cannot pay our rent or house bonds? Will our children have to live on the street?” it said.

The writers of the letter urge the banks to recognise their actions have a “human cost”. They say just a few weeks ago they felt secure working for profitable companies.

“We do not understand why we have become the victims in a political game,” they said. “Please reopen the bank accounts so that we do not have to suffer. We, the employees, have not done anything wrong.”

“We humbly ask you to hear our message.”

The letter was signed by P. Mosomane and R Russo. There is no contact information for media to follow up, nor a list of signatories to the missive, which is rather unusual when it comes to open letters.

As political writer and pundit, Stephen Grootes, wrote in the Daily Maverick today, “In the media world, the publication of a statement like this is usually the starting gun for that contact person’s phone to ring off the hook, with requests for comment, live radio interviews and then the setting up of TV interviews for that evening. In this case, there was no prospect of that happening.”

And he continued: “(More important, it means there will be no actual face put to the claimed suffering. In the televisual age, that matters. One would assume that a TV-station-owning company would know that already.)”

Grootes said he believed the letter was a PR stunt dreamed up by global PR players, Bell Pottinger, a company that has represented the wife of Bashir al-Assad, arms dealers and various dodgy oppressive governments, and who were employed by the Guptas to manage the fallout from recent revelations.

“The more one reads and follows the news, it becomes obvious this ‘letter’ is a part of a bigger, but still stupid and politically naive, stunt,” Grootes said.

Enter the ANCYL president, the vocal Collen Maine. Maine said in a statement he was to have a “consultative engagement” with employees, including those at ANN7 and The New Age. Oops. Maine was forced to beat a hasty retreat as employees chanted “Maine Must Fall”.

“We have decided to abandon the meeting because that letter was not written by the staff… The staff must unite themselves before we can talk to them. The consensus of that letter is that people are not sure of the future,” News24 reported him saying.

“If you want to be recognised as a progressive media house, pay your workers correctly,” the union federation’s president, Sdumo Dlamini, said last year. “You have been rated the worst among the worst… Any other media house, we know these things are happening, workers tell us everyday what is happening and we are coming,” the Sowetan reported.

It was a statement that lends credence to Groote’s contention that the ‘open letter’ was a stunt.

Nevertheless the CWU has expressed concern for the future of ANN7 and The New Age. It said last week it wanted business to take over ANN7. “Let it be a South African-owned company. So we will be engaging with various business people to ensure that we save jobs at ANN7,” the union said.

There’s been no word from the Guptas, believed to have fled to Dubai after allegations of undue influence on President Jacob Zuma and his family, and of state capture, reached a crescendo.

CEO of Oakbay, Nazeem Howa, has also been quiet apart from an earlier letter to staff in which he said a “sustained political attack” on the Guptas was responsible for the brothers stepping down from executive and non-executive positions in the various companies.

Howa warned staff at ANN7 they may not be paid. “The closure of our bank accounts has made it virtually impossible to continue to do business in South Africa,” Howa wrote. “We are doing everything in our power to ensure this does not happen. We find it totally unacceptable that you, our employees, and your families, could potentially have to suffer as a result of the political campaign against us.”