Is the National Lotteries Commission countering media exposés with advertising? 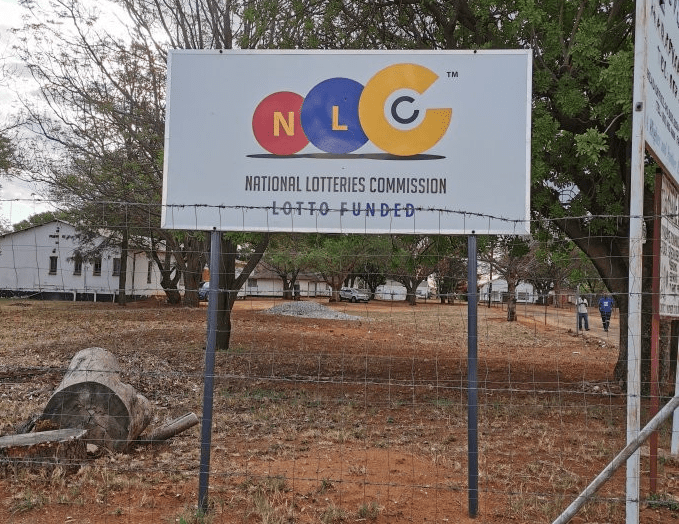 “The National Lotteries Commission handed over the keys to a newly rebuilt Vhafamadi to the principal Mr Thenga just in time for the 2017 academic year.”

This quote about a school is from an eight-page advertorial — paid-for advertising written in an editorial style — that was published in print and online by the National Lotteries Commission (NLC) in the Mail & Guardian in December 2018.

The school sounds exactly like the kind of thing that money raised by the sale of Lottery tickets should be spent on. Except that the grant to rebuild Vhafamadi High School in Limpopo had been exposed as dodgy by GroundUp two months earlier.

GroundUp reported how the school, built with a R28.3-million grant channelled via a non-compliant organisation run by a boxing promoter, needed structural repairs 19 months after it had opened.

The advertorial supplement was part of a huge increase in advertising spend by the NLC at a time of many dodgy grants allocated from Lottery money. Reports since early 2018 by GroundUp have highlighted incomplete projects, incompetence, strange funding decisions and possible corruption.

Lottery tickets worth over R7 billion were sold in the 2018/19 financial year. Of this, R1.3-billion was dispersed to “good causes”. This was an increase on the R6.1 billion raised from ticket sales in 2017/18 when R1.6 billion was paid out to Lottery beneficiaries. In 2016/17 there were tickets worth R6 billion, with R1.4 billion going to good causes.

This does not include the money spent advertising the Lottery itself, which is a much bigger amount and done by a different company — Ithuba.

The NLC is not responsible for the actual Lottery. Its role is to disburse about 30% of the intake from Lottery tickets on good causes.

So why does the NLC need to advertise?

“The anchor of the NLC’ s communication strategy like any other organisation is to be positioned as a catalyst for social upliftment both as a regulator and a grantmaker,” says NLC spokesman Ndivuhuho Mafela about the organisation spending millions on advertising.

“We do this through continuously improving our stakeholder engagement and communication,” he said. “The NLC engages in education and awareness programmes through various public platforms.”

Is the NLC using this increased advertising spend to subtly discourage scrutiny of its practices?

Here is what happened to two journalists who dealt with the organisation.

Former Lowvelder journalist Tereasa Dias reported how the construction of a R22 million Lottery-funded drug rehab in Nelspruit had ground to a halt. After her first story appeared, she submitted more questions to the NLC.

Instead of supplying answers, NLC spokesman Ndivuhuho Mafela called her and said the organisation wanted “to do some advertising in the Lowvelder,” she says. “Even though he didn’t say so, I felt he was trying to use this to shut me up,” says Dias. “I suggested he call the advertising department.”

Dias went ahead and published another story. No advertising was placed with the Lowvelder and the NLC “ignored” all subsequent questions submitted by Dias.

And small-town newspaper owner Anton van Zyl, who has reported extensively on the Lottery (see here and here) was visited in his Louis Trichardt, Limpopo, offices by Mafela before Christmas last year.

“We spoke about lots of things, including the corruption that had been uncovered. “At one stage Mafela told me that he had a big budget to spend on advertising as they needed to highlight the regulatory challenges of the NLC,” said Van Zyl. “I told him that would be good but referred him to Capro, which handles all our national advertising. I also suggested that the NLC consider advertising in independently owned newspapers and gave him contact details for the Association of Independent Publishers (AIP).”

Van Zyl is a founder member of the AIP. This organisation endeavours to channel government and other advertising to independent publishers, as advertising is often their lifeblood.

The NLC subsequently placed an advertorial in Limpopo Mirror, one of Van Zyl’s papers that had reported extensively on the Lottery, which ran just before Christmas 2018. Van Zyl has continued to report critically on the Lottery and says he will also continue to accept NLC and other Lottery advertising.

“I believe refusing advertising can also be construed as a type of censorship, which I would not condone. We have a policy to accept advertising unless it is dodgy, illegal or in bad taste.”

Mafela takes issue with any suggestion that the NLC is trying to buy favour with publications: “The NLC has and continues to build relationships with various media houses, ranging from broadcast, radio, and print. This includes community radio stations and newspapers in far-flung rural (areas) of South Africa where most of NLC beneficiaries would reside. The insinuation that there is any link between NLC advertising and editorial coverage is silly and mischievous and we dismiss it with the contempt it deserves.”

Softsoap on the airwaves

As part of its 20th anniversary, the NLC bought “advertorial airtime” on the SABC’s SAFM radio station. Consisting of “soft interviews”, NLC executives were interviewed about the work of the organisation, its process and how grant funding works. The packages included posts about the upcoming NLC interviews on the SABC’s social media platforms.

But on-air the fact that the interviews were paid-for was not made clear and are easy to mistake for normal independent programming. This interview with NLC Commissioner Thabang Mampane and this one with its COO Phillemon Letwaba are two of five paid interviews with NLC executives. Nowhere in his introduction does host Bongi Gwala, the host of The Talking Point — a regular feature — on SAFM, state that the interview is paid for. Beyond describing the series as a “feature on the NLC”, there is no mention that it is advertorial. Listeners, who know the slot as a news feature, could easily confuse this with normal programming.

Gwala introduces the interview with Mampane saying: “For the next five weeks we will be talking money, money, money…today we start a feature in which we will focus on the National Lottery.” The issue of alleged corruption is not raised with Mampane.

In the current era of cash-strapped newsrooms, where it is extremely hard for publications to break even, it would be a brave editor who risks losing income by running critical reports of a large advertiser. The NLC executives must realise this.

Raymond Joseph has written many articles exposing dodgy NLC deals. Joseph is a journalist, a journalism trainer and a media consultant. A media junkie, both old & new, he lives in Cape Town but works wherever the job takes him.

Views expressed are not necessarily GroundUp’s or The Media Online’s.

© 2019 GroundUp. This article is licensed under a Creative Commons Attribution-NoDerivatives 4.0 International License.