LATEST NEWS
Home Broadcasting Cinema Last Jedi trailer revealed – but is the Force still strong with this one?

Last Jedi trailer revealed – but is the Force still strong with this one? 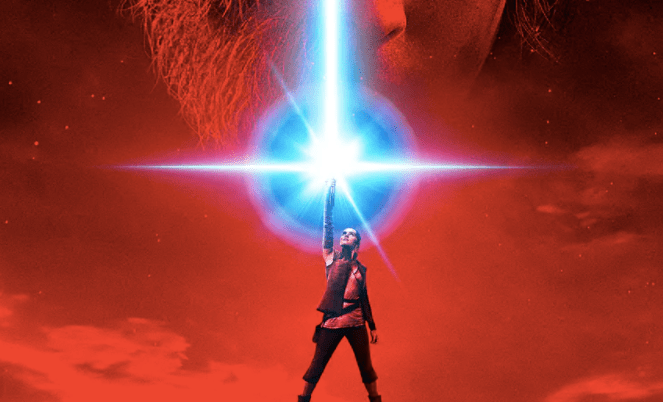 A long, long time ago, in a galaxy not that far away, the trailer for Star Wars Episode 1: The Phantom Menace opened with the promise that “every generation has a legend”. Although it was not ultimately the film many fans were looking for, that trailer was very well received and – after Lucasfilm responded to fan demand and made it available online – it inadvertently ushered in a new era of online trailer viewing and audience commentary.

Almost 20 years later, the new Star Wars Episode VIII: The Last Jedi trailer faces a different pressure. While the trailer reveals (and obscures) much about the forthcoming feature, it also needs to steady the nerves of fans who are concerned about the health of the long-running Star Wars franchise.

With directors leaving (or being replaced) on the upcoming Han Solo and Episode IX films, and the release date of Episode IX put back to December 2019, The Last Jedi trailer must steady the (space)ship – and set the stage for Disney to make a lot of money.

It’s no surprise that this is a slick piece of modern movie marketing. The trailer will have been put together, taken apart, and tested to within an inch of its audio-visual life before its television and internet debut last night.

Notably, the two-and-a-half minute taster is linked by four pieces of significant dialogue – from Supreme Leader Snoke (Andy Serkis), Rey (Daisy Ridley), Luke Skywalker (Mark Hamill) and Kylo Ren (Adam Driver) – and none of them hint at a happy ending. Visually, we get a fast-paced montage of new (and old) locations, characters, and much-loved Star Wars iconography. This includes glimpses of X-wings, TIE-fighters, AT-ATs, the Millennium Falcon – and a species of birdlike critter that may or may not be the new trilogy’s Ewok. In many ways, it is reminscent of the darker second instalment of the original trilogy, The Empire Strikes Back.

Trailer audiences responded positively to familiar iconography when The Force Awakens trailer was released two years ago. At that time, my trailer audience project found that people responded most positively to nostalgic cues from the classic, original trilogy. “You saw the Millennium Falcon” and “Harrison Ford’s appearance” were key positives.

But while The Force Awakens trailer featured the star return of Han Solo and Chewbacca aboard the Millennium Falcon and spin-off Rogue One the looming presence of the Death Star, The Last Jedi arguably features no such whizzbang moment. Instead, the moody monologues of Luke, Rey, and Ren (who may or may not be trying to kill Princess Leia) suggest a gloomier narrative focus for the film. Newer characters Poe Dameron (Oscar Isaac), BB-8 and Finn (John Boyega) are only briefly glimpsed, with the latter fighting Captain Phasma (Gwendoline Christie, badly wasted in The Force Awakens) on what appears to be the rumoured casino planet Canto Blight.

The three most suggestive moments, then, are those that push the story in a new direction. First, Luke’s apparent (we can never be sure how much we are being misdirected) worrying about Rey’s power, echoing Ben Solo turning into the darker Ren and Annakin Skywalker becoming Darth Vader, complicates the expected Luke-Rey training narrative. Then there’s the hint that Ren and Rey could work together, leading to further speculation about Rey’s heritage (as the main new lightsaber-wielder without a clear Skywalker or Kenobi connection).

For me, however, the most intriguing moment is when Ren and General Leia (Carrie Fisher) seem to share a telepathic connection in the midst of a major space battle – a connection which possibly prevents him from firing on her ship. As Leia’s Force sensitivity is rarely discussed in the films, this could be leading somewhere important.

Are we being duped?

Of course, the trailer could be a masterpiece of misdirection, editing together elements that may not be directly related in the finished film. After all, the success of the initial teaser for The Phantom Menace still rankles with some trailer viewers – one noted “I’ve been burnt before (see Phantom Menace)” – while others are wary of trailers more generally.

Indeed, some viewers have adopted Yoda-style exile to try and avoid trailers completely, hoping to create “a fresh cinema experience” so that they won’t “get spoiled by it” – an opinion Last Jedi director Rian Johnson seemed to share. On Twitter, he first advised fans NOT to watch this latest trailer.

But then changed his mind, shouting:

Overall, The Last Jedi trailer strives to achieve the same balance as The Force Awakens – harking back to the past while promising a new future. As one of our survey responses noted, The Force Awakens trailer did “a good job of triggering nostalgia while introducing new concepts and characters”.

While The Last Jedi may lack The Force Awakens’ Han Solo moment, its suggestion of Luke’s expanded role, more detail on Rey’s background, narrative complications, and at least three major battle locations, including one which looks startlingly like the AT-AT assault on Hoth in The Empire Strikes Back, will calm nerves around the franchise, and ensure a healthy audience come December 15.

Ultimately, it seems the Force remains strong with this one …