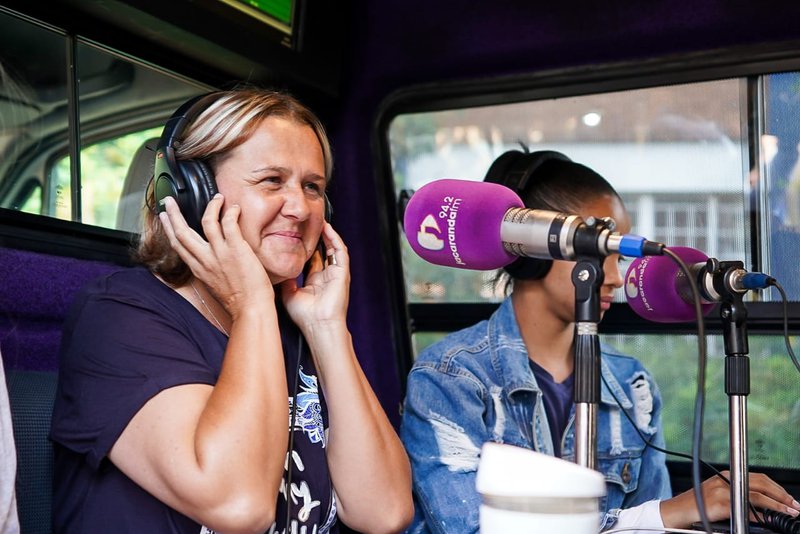 
Radio stations putting efforts into aiding communities is nothing new, but Jacaranda FM’s latest action has demonstrated just how powerful the medium can be at doing good.

Broadcasting live from Hoërskool Waterkloof on Wednesday morning for the station’s #MySchoolRocks competition, the Hoërskool Driehoek tragedy was the focus of the Good Morning Angels slot on the Breakfast with Martin Bester show.

Bester and the rest of the team chatted to Charmaine Steynvaart, a mother of a 14-year-old learner who was involved in the walkway collapse incident. She received the news yesterday that her child will likely not walk again.

The Jacaranda Breakfast team called on listeners to help raise funds for the school and learners affected by the tragedy.

The response was overwhelming; R865 000 was raised during the show. Hoërskool Waterkloof pledged R65 000 to the school, Wimpy South Africa called in and donated another R100 000, and an anonymous listener donated R500 000 to the school and a further R200 000 to the Steynvaart family.

If you want to help

If you would like to help the families affected by the Hoërskool Driehoek tragedy, you can make a donation to the Good Morning Angels Fund, with the following details: