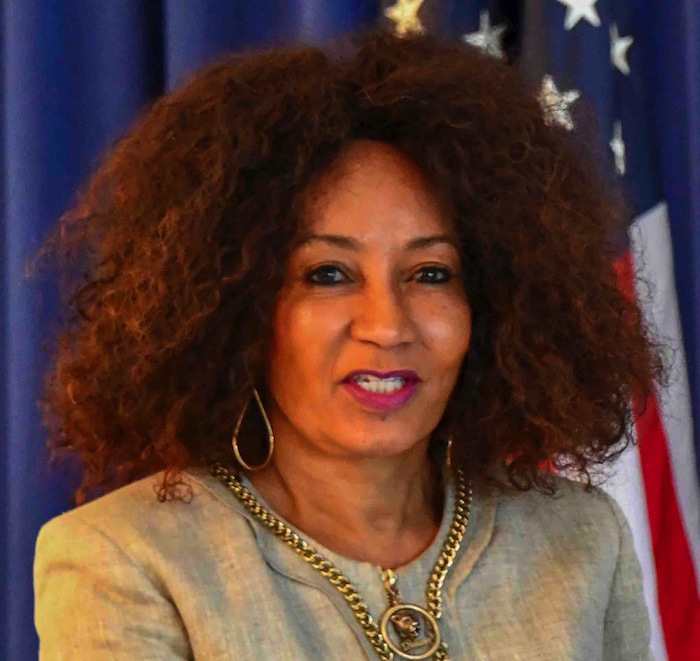 Hey South Africa, tell me how you doing? Has #ReturnToWork got you all blue? Allow me to push you straight to anti-depressants … You may not have realised it but this week you saw the official launch of #DuduzaneZuma for President. You thought my top story was #LindiweSisulu; you’re right but if you missed the link, then you’re not that bright. Yet again, my #FellowSouthAfricans, #WeAreBeingPlayed.

I am unkind, I don’t mean to be. When you’ve been managing these reports for so long it’s pretty easy to work out.  The media we are fed is not always what it seems. Are you ready? Let’s #ScratchTheSurface with Acumen Media.

#LindiweSisulu. Your grandfather, your ancestor, #WalterSisulu, must be devastated at your behaviour. The Minister of Tourism, #Sisulu, this week took to media to call the South African judiciary nothing but a bunch of #HouseNegroes. The judiciary that, to be fair, is the only thing we have left to be proud of.

She said that the likes of #Zondo and #MogoengMogoeng were nothing but puppets that were star-struck by colonialism. Shocked? Of course you are. But there’s more. She went on to further insult the fine minds of our ConCourt – the custodians of the CONSITUTION. She said they were nothing but strategic placements by colonialists, or more to the point #WMC #WhiteMonopolyCapital.

She insulted the highest achievers in this land with infantile name calling.

The word “negroes” was put there for shock value, my friends, because #Sisulu knew exactly what she was doing.  She was enforcing #AceMagashule and #ZumaFamily’s resounding call to ignore our Constitution. She might as well have stood up and said: “Cheers Cyril, I’m off to Duduzane’s #RET” but used a thin veil of #BlackLiberation to announce her change in the political landscape. She insulted the highest achievers in this land with infantile name calling.

If you look up the term ‘Negro’ on Google the first thing that slaps you in the eyes is that the word has been tagged by the machine as ‘OFFENSIVE’. One person didn’t mind these insults … #Malema. Check out the tweet where he says “Sisulu must never allow anyone on the payroll of CR17 to bully her … we are not scared of him (Zondo)”. The #EFF, including #DaliMpofu (hold that thought), are on board with calling the smartest people in our country #HouseNegroes.

How dare you?  We see you and your cheap clickbait and we are nothing but ashamed of you. With a media brand net sentiment of minus 61%, it’s clear Linds, #WeWillNotBePlayed in your #Aftermath. We see you, in your smart cars while you drip with tainted money and decadence. We see you as you walk those Prada stilettos over peoples’ dreams and achievements. You are a hypocrite and a future #RETLeader. Just join #Duduzane and leave us alone.  #Aftermath

#Zondo gave a rebuttal via a press conference, and he literally took #Sisulu to school. His delivery stung like a wasp’s nest as he pointed out that her words are just meaningless because they were and are unsubstantiated. Ah, the voice of reason. #Concourt is about the only thing that has a little integrity left in this country and #Zondo showed just how an educated a “house negro” could be. South Africa #TheAftermath.

You see this is what happens when you have a President that is mute. A President that is too scared to cull his cabinet in case he loses his cushy place where he controls billions of dollars and has a huge influence on the entire continent. This same man allowed his minister to go rogue. He allowed #Zuma to pass water over our constitution, he allowed the #CoupDetat and the #InsurrectionWithoutConsequences; he allowed the #HousesofParliament to burn and now he is allowing his staff to use classism and racism over the highest court of the land. Your silence is deafening #Ramaphosa! #TheAftermath

I started by telling you #DuduzaneZuma was electioneering and just to convince those of you who are still on the fence:  #TonyYengeni took to the media to tell us what a lekker oke #Duduzane is. It doesn’t mean a lot from you Tony – you’re also a lover of flash cars and easy money.

Remember the homeless guy, #ZandileMafe, who got a bunch of explosives and became South Africa’s #GuyFawkes? This week he was told he has a mental disorder and he needs psychiatric treatment. He doesn’t agree and has gone on a #HungerStrike. #DaliMpofu is standing next to him as his defence. So, if we agree there was an #Insurrection and that this #ParliamentFire was part of the modus operandi, then it makes sense to bribe your scapegoat and then promise him the finest legal council money can buy … Wait, hang on, does #Lindiwe think #Dali is a #housenegro too? Now I’m confused. Just another day in #TheAftermath

Talking about #Aftermath, I hope you enjoyed your small break and that you are recovering from whatever it was that you picked up over the festivities. Most of us are sick here in #Sodwana. I was still calling it #flu, but the doctor confirmed that almost 70% of our region has tested positive for #Covid19, in the same breath he also told me that the hospitals were empty, so not to worry. #TheAftermath of 2021 would soon abate.

Talking about #CovidConsequences, this week we saw the #Aftermath of an education system ravaged by #Lockdown. #AngieMotshekga wants us to believe this is complicated but it is not. Kids just couldn’t go to school and could not afford to learn online, not just financially but logistically it was physically impossible for our children to learn over the past two years. So what does #Angie do? Refuses to publish the #MatricResults because of the POPI Act, (yes that happened) and will not allow us to interrogate the pass rate at all; 30% is still the benchmark for having an education, that’s 70% of the teachings that went unlearnt, and we wonder why we are building an unemployable nation.

#BackToSchool was a hot mess, many children did not and still do not have a school. Late notifications from the Government meant that moms and dads had to queue for miles to get the basics in less than 48hours. This during the height of the pandemic and what was #Angie’s retort, please use social distancing in the schools anywhere from 1-metre to 500 metres apart. Huh?  Most schools don’t stretch 500 metres under your watch, #Motshekga, and because of your department’s incompetence you’ve spread the pandemic to parents of first graders.  #TheAftermath

Regardless of this chaos, #Backtoschool pics filled our timeline and #GradeR pics warmed most of our hearts until I read what my eyes and brain couldn’t compute. Twitter was tearing chunks out of any kid that had the privilege to go to a private school. Twitter called it #Flexing. Now we are hating on people that have risen above this useless education system at an immense sacrifice from the parents and you now troll them? Let me get this right, being a judge is bad and better educating yourself if bad, but if you don’t free yourself from poverty then you are a #housenegro. That was the message loud and clear.  #TheAftermath

There was a great deal of other big news but I’m running out of words so I’ll try and be brief. #StateCapture was rehashed to the point of nausea and we saw “special courts” on the cards to deal with the prosecution of 1 500 gangsters. #Bain and #AtholWilliams featured a great deal and it was revolting. There is pot growing next to the President’s office, now that explains a lot. #Eskom is preparing us for the mother of all #PriceHikes. The ANC are so broke they pimped out the #President at golf days and gala dinners where you could pay up to R350k to watch the man eat or tee off. #TheAftermath.

#FikileMbalula, #Razzmatazz, #MinsterFF, #MisterFix, #Mbaks is in the #Hawks line of sight. Look I like him, purely for entertainment value. I wouldn’t trust him with a dead horse, but again we are seeing pure electioneering my friends. Don’t be played. When #CarlNiehaus becomes a big influencer then you know that you are simply trampling through the drudgery that is the #Aftermath of the #ZumaFamily

I do have excellent news; that silly #DemeritSystem that they tried to push through was ousted by the #HouseNegroes and #OUTA. They made our country proud again. Thank you for actually doing something #OUTA. If you are not helping this organisation of fine legal minds (house negroes if you will) then you have missed a critical opportunity to make a positive impact on this country.

Across the waters we saw #MusksMadness step into SA terrain as #Elon sent rockets to space. #PrinceAndrew’s US case is going forward, I wonder if he’ll be joining #Epstein on the #LolitaExpress? #BorisJohnson attended a #BringYourOwnBooze party despite #CovidRestrictions, they are calling for his resignation – imagine if we did that here, everyone would have to leave the burning parliament building. Oh wait, they probably should anyway.  What an #Aftermath