Ringing the line-up changes at POWER987 as Modise moves on 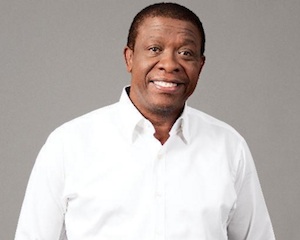 Broadcasting veteran, Tim Modise, is leaving POWER987. The man who hosts the station’s Power Breakfast show is to “move on to focus on his business interests and community development work, among others, through Soweto TV”, the station said in a statement.

This means Lawrence Tlhabane will take over the breakfast slot, with TV news reader, Ayanda-Allie Paine and his Power Perspective show will see author and commentator Onkgopotse JJ Tabane in the presenter seat.

As POWER987 enters its third year, it has established a “distinctive positioning” in the South African marketplace, says the station’s managing director, Andile Khumalo.

Khumalo, in a statement announcing a new line-up of presenters, said the changes were in line with its quest for continuous improvement of its on-air product.

“We look forward to welcoming the new voices to the station and remain grateful to all the talent that have contributed to the growth of the station to date,” Khumalo said.

Hajra Omrajee who is currently co-host of Power Drive (weekdays 15h00 – 17h00) with Thabiso Tema, will no longer co-present the show as she moves to focus on her role as the station’s political editor.