Caxton Awards, reflecting the power and potential of local newspapers 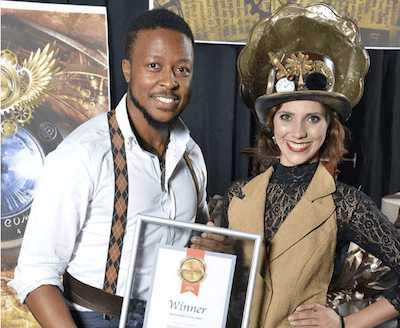 The annual Caxton Awards underwent a complete overhaul this year, with some categories falling away and new ones introduced. The awards, with prize money totalling R285 000, celebrates the achievements of local and community newspapers’ editorial, sales, advertising, management and support staff.

“This year, the Caxton Awards has undergone a complete makeover, some categories have fallen away while others, like Best Emerging Newspaper, have been added,” says Karen Geurtse, general manager for Caxton Local Media Regionals, in a statement. “The event is in its 28th successive year and the work produced by individuals, and the papers themselves, gets better and better with each passing year.”

Competition in the Photographer of the Year category was fierce. Both Trevor Aingworth of Witbank News and Ettienne van Rensburg of Vaalweekblad handed in impressive portfolios but in the end the judges were unanimous in their decision with Aingworth walking off with R10 000 and a Canon camera worth nearly R18 000.

The category for Best Get it Magazine had such a close race, the judges felt it necessary to mention the top four instead of the standard three. These were Joburg North, Lowvelder (last year’s winner), Balito and Durban. This was the only category where four finalists were announced but in the end the judges felt that Get It Joburg North, edited by Samantha Richardson impressed them the most.

“Advertisers and marketers should never underestimate the power and potential of local community newspapers,” says joint CEO of SPARK Media, Gill Randall. “Every person at these awards lives, breathes and loves the community that they work for and critically, know what their readers want. This clearly shows in the exceptional work that has been produced.”