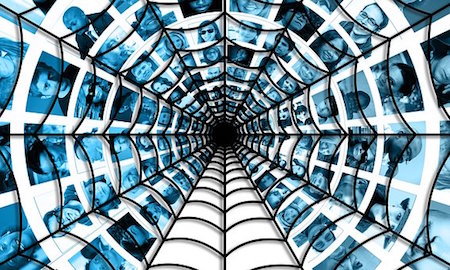 Business is about change — but no CEO would like to face disruption on the scale seen in the newspaper business over the past 15 years.

The first smartphone was launched in 1999, the iPad one year later, and the iPhone celebrates its tenth anniversary this year. These devices have changed the world — and all of them are younger than Le Temps. Today, US adults spend 10 hours and 34 minutes a day in front of a screen. Unsurprisingly advertisers go where the market is — and the market is increasingly online.

The first lesson from the digital media revolution is that disruption occurs very, very quickly. Historically, different types of media have not posed a direct threat to each other. Television has not destroyed radio; the internet has not killed television. But new, digital entrants have reached a dominant position in just a few years. Overall advertising revenues remain about the same, but new entrants have quickly taken the lion’s share.

Why didn’t publishers react faster? Because the threat emerged from another industry: technology. Like in other sectors, publishers were too busy competing with one another to notice the looming threat from Silicon Valley. Take cloud computing. The leader in that business today is online retailer Amazon, not an IT company. Likewise, Google triggered the revolution in self-driving cars, not General Motors. Business leaders should always look beyond their familiar horizons. That’s the second lesson.

The third is that, while innovation tends to cannibalise former success stories, it does not mean it eradicates them entirely. Will paper die? Probably not. Sales of electronic books, the likely disruptor to print, have stagnated for the last two years. Reading on paper remains a distinct and valued experience that consumers are still willing to pay for. However, the reading experience itself is more likely to take place at a different time — during the weekend — while digital browsing tends to prevail during the working week. Every business model must adapt to suit changing consumer preferences. Those that do will survive. Those that don’t won’t.

However, it’s critical that companies maintain their core identity and values when adapting to disruption. When Coca Cola launched New Coke in 1985, customers reacted angrily. It was “the greatest marketing blunder of the century”, according to then CEO Roberto Goizueta. The company quickly back-peddled and launched Classic Coke. The lesson here is that a business is more than the product it produces; it is a brand. And while a brand belongs to a company, legally and financially at least, emotionally it belongs to the consumer. Customers’ relationship with a brand is to be treasured, because revenues often stem from the extension of a brand.

The French fashion house Yves Saint Laurent does not make its money with the haute couture for which it is so famous. The bulk of its revenues come from jewellery, perfumes and cosmetics. Newspapers, too, are at the centre of an ecosystem: revenue comes from digital, print, video, and conferences. All divisions will have different levels of profitability. Many more businesses rely on a stream of different activities but all contribute to the success of the brand in terms of image and income.

Consequently, media industry businesses must respect the individual identity of each of their divisions. If back-office consolidation is appropriate (accounting, finance, procurements), a firewall should be maintained between brands and their individual images. One does not sell a luxury watch with a plastic strap.

The seventh lesson is that readers (consumers) should be at the centre of any business model. That may sound obvious. But unfortunately it is easily overlooked. Too often, in the past, the media industry has been tempted to focus more on advertising and less on readership. But advertising always follows readers, not the other way around. A reader does not buy a newspaper to look at publicity. The digital world creates the same temptation. Advertisers are attracted by sites with the greatest number of clicks, even if they post fake news or extremist commentary. However, this strategy can backfire.

Indeed, the public expects the media to be more than a money-making business. They are part of the intellectual infrastructure of a country. They contribute to its attractiveness in the same way as political institutions, physical infrastructure, and culture. A newspaper allows a community to share its identity; to interact and to build an image for the rest of the world to see.

The economic success of the media industry depends on its ability to permeate the social and emotional aspirations of a society. It is the same for any other business today — companies are increasingly under pressure, especially from the younger generations, to show how they contribute to society. Henry Ford sensed this truth many years ago when he said: “A business that makes only money is a bad business.” It is perhaps telling that Ford is still around today.

Stéphane Garelli is Professor Emeritus at IMD where he founded the World Competitiveness Centre as well as chairman of Le Temps and a former managing director of the World Economic Forum.