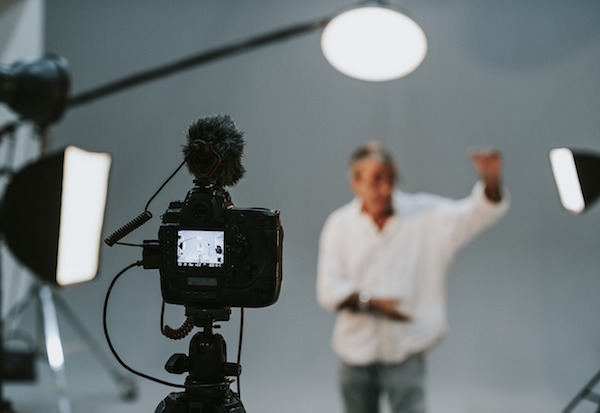 Every few months there’s a fresh outcry from South African actors complaining about exploitative working conditions in the film and television industry.

Last year cast and crew were up in arms about an actor who needlessly fell to his death from a waterfall during a film shoot. Most recently award-winning actress Vatiswa Ndara penned an angry open letter to the country’s arts and sports minister. Among the issues she raised were that actors are underpaid, particularly given the excessive workload being placed on them.

Ndara also took aim at unfair contracts and rates that haven’t changed in 20 years, and lack of repeat fees for the stars of TV shows that are rebroadcast. She also raised the prevalence of sexual harassment, bullying and a lack of safety. Seasoned actress and lecturer Fiona Ramsay asks Jack Devnarain, chair of the South African Guild of Actors and his deputy Adrian Galley, to provide some context.

It is largely true that rates for actors in South Africa have been static for two decades. And, while it may be that budgets are strained, the pressure is not evenly distributed across the value chain and the most vulnerable are worse off.

Unlike musicians, actors have never enjoyed a statutory right to performance royalties. Residual earnings are of two kinds: repeat broadcast fees, for any further broadcasts on the same channel; and further commercial exploitation fees, linked to sales of the program to other broadcasters.

Freelance contracts have contained provisions for both types of residual fees since the mid 1990s. But broadcasters have been reluctant to meet their obligations. One of the issues contributing to a strike by actors in the country’s longest running TV soap opera, Generations, was the broadcaster’s unwillingness to distribute funds generated through the sale of the series throughout Africa and as far afield as Jamaica. The strike led to the dismissal of 16 actors and the collapse of the production.

Only one major broadcaster honours contractual provisions for rebroadcast and compensate when productions are sold on to other territories.

For the first time in the country’s history, a statutory right for actors to receive a performers’ royalty is contained in pending legislation. The Performers Protection Amendment Bill and its companion Copyright Amendment Bill sit on the president’s desk awaiting his signature.

What labour laws protect South African actors, who are all essentially freelancers?

Actors are particularly vulnerable to exploitation as their legal status is unclear. As freelancers rather than employees, actors are explicitly denied any form of protection under labour law.

That would include a right to collective bargaining. Any attempt to organise around minimum rates has been with sanction from the Competition Commission. For example, it recently ordered the South African Guild of Actors to take down suggested rates guidelines published on our website. The commission accused the guild of price-fixing.

Actors also have no statutory right to participate in creating or monitoring health and safety standards in their work environments.

The International Labour Organisation recognises a class of “atypical workers” – those who work outside the formal economy, known as the gig economy. The South African Guild of Actors is lobbying for the Department of Labour to recognise certain minimum rights for atypical workers under the Basic Conditions of Employment Act.

As independent contractors, actors are expressly prevented from even claiming from the country’s unemployment insurance fund.

Do South African actors have it worse off than in the rest of the world?

South Africa, once a leader in Africa, now lags behind in adopting any form of regulatory framework for the entertainment and audiovisual production sector and the use of technology to monitor and enforce those rights.

And actors in Morocco work in a regulated environment. Their performers’ union SMPAD recently spearheaded the adoption of legislation that establishes a system of social protection for actors.

Zimbabwe was the most recent African country to the Beijing Treaty on Audiovisual Performance which aims to secure the economic and moral rights for actors worldwide. Zimbabwe joined Tunisia, Nigeria, Mali, Gabon, Burkina Faso, and Botswana in adopting the treaty. South Africa has yet to add its signature.

South Africa’s actors are hailed as ambassadors when they are on the world stage. But the truth is that they are seldom given the same respect at home.

Read more: So what do Generations and other soap stars earn?

Fiona Ramsay, Performing Arts lecturer in Performance and Voice and PhD candidate, University of the Witwatersrand