LATEST NEWS
Home Advertising Synergy in marketing: How 1 + 1 can equal 3

Posted By: Samantha Koendermanon: May 26, 2016In: Advertising
Print Email 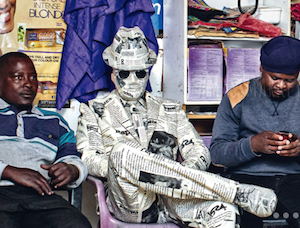 The media terrain in South Africa and the world has changed profoundly in the last 10 years. Digital technology continues to create an explosion of media alternatives across the web and mobile that are both exciting and daunting. Exciting because traditional media such as print, TV and radio can now offer new ways to engage consumers and create a unique user experience. Daunting because all these options make decision-making more complex.

The media world is complex and fragmented, making returns from your media budget harder to maximise. Gone are the days that you could choose a relevant channel on TV, place an equally relevant ad on it and then sit back, confident that your required target market has been engaged with. When Dire Straits sang “57 channels and nothing on”, I doubt even they could conceive of a world where there would be hundreds of channels. And that’s just the one medium. As consumers, our attention is divided and a single-platform message can easily go unnoticed.

Integrated campaigns combine new and traditional marketing media to target and engage with the consumer across multiple platforms on many levels along their journey. Some define this synergy in marketing as the moment when two or more marketing initiatives create a response greater than the sum of the combined response that the media would have elicited alone.

When put that way, it’s hard to understand why anyone would not embrace it.

So what are the qualities of a successful integrated campaign? Simply using multiple platforms is not enough, says Lwandile Qokweni, chief strategic officer of MEC, they must be used to the very best of their abilities.

“Every channel has its own value and quality,” he emphasises. “Social media does one job, TV does another, and print serves yet another purpose. A successful integrated campaign is one that doesn’t just repeat the product message through every conceivable vehicle, but that uses the qualities of each medium to tell a more lively, fuller story.”

Another quality is having the right insight. “You need to understand the consumer’s challenge, get where they are sitting, and then understand how your product or service solves that challenge.”

Recently Vodacom, together with MEC, proved the power of successful integration with a campaign they did for Vodacom Millionaires. The Vodacom Millionaires gameshow, at the time televised on e.tv, is the longest running telecommunications competition in South Africa, launched in October 2005. With over a decade under its belt, however, it was time to refresh and rejuvenate the relationship the show had with its audience.

Despite the popularity of the four-minute programme, the television audience started dropping off in late 2014. From September that year, the previous media selection was being outperformed in its timeslot by all stations.

“When faced with the challenge of finding the correct channels to bring a campaign back to life, we had to evaluate a number of things,” says Qokweni.

One of those things was the channel it was shown on. At the time, SABC 1 was the leading channel, so the show was moved there.

“We also looked into how we can integrate the property into Vodacom marketing campaigns, our brand’s performance and objectives, our target audience’s behaviour, the programme content and messaging, current cross-media consumption trends and so on.”

The result was an integrated campaign that made use of the Daily Sun, SA’s largest daily newspaper, as an education platform for prepaid users looking for the winning numbers. The Daily Sun also has over 900 000 Facebook followers and so digital articles were added to the mix with competitions and weekly messaging on Daily Sun Facebook page.

“The communication throughout was also changed from pure announcement adverts to informative and interesting comic strips,” explains Qokweni. “The MEC team worked, and continues to work, closely with the Daily Sun publication to develop key characters that offer entertainment to the reader as well as information and education around Vodacom Millionaires and other brand properties.”

“While media has always been about engaging with the consumer, using digital has heightened how we do this because they are able to interact with us and respond to things we are saying. In the case of Vodacom Millionaires, we were able to attract a whole new audience by reaching The Daily Sun’s print and digital audience and driving them to the show,” he says.

“The target market has reacted well to the new integrated strategy. Since our move to SABC 1, entries increased by 35% in the first month alone. ARs on average have increased from two to 14. We have also seen an increase in calls to the Vodacom call centres about Vodacom offerings that are announced on the show.”

Of course, this is just one example. But it does highlight that the debate between “traditional marketing” and “digital marketing” needs to be reframed. It’s not a question of one or the other but, rather, how the two can work together to allow marketers to leverage the best of all channels and achieve that coveted 1 + 1 = 3 ideal of synergy. As Lwandile points out, “Don’t obsess about whether it’s traditional or digital, rather worry about how you use the medium to get the best out of it for your brand.”