The Starbuck’s way of forming communities by creating cultural value 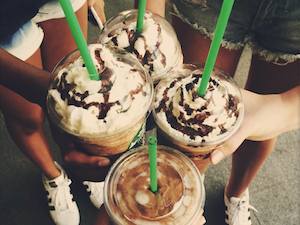 Starbucks’ brand purpose is ‘serving one cup, to one neighbour at a time’. They made it their mission to redefine what ‘neighbourhood’ meant to people, understanding that for most city dwellers this is no longer geographical, but is made up of a small number of disparate places that feel genuinely welcoming.

Given that the first Starbucks in South Africa opened in Rosebank late last month (21 April 2016), we asked strategic marketing consultancy, Added Value, to unpack how they saw Starbucks creating a place and a mind-set that feels like the heart of a community. Izzy Pugh, Head of Cultural Insight, provided the international perspective while Marilyn Dutlow from Added Value in South Africa looked at the local scene.

Starbucks holds its employees in high regard viewing them as the cornerstones of the community it develops; the barista is the ultimate touch-point. They encourage their employees to be friends, not just colleagues. They also rely upon their staff members to ‘bring society into the centre of Starbucks’ – baristas in local stores will often write to the head office to tell them that a certain initiative is off brand.

When Starbucks launched their ‘names on cups’ initiative, it tapped into the knowledge that neighbourhoods for a great number of people are not about geography, they are about intimacy. Neighbours are where people know each other’s names. This small innovation was free, easy, and empowered the staff in each store to create an environment that felt truly welcoming.

In South Africa, Starbucks hasn’t gone this far (yet) but certainly made sure to consider other details ahead of their entry into Africa’s second biggest economy. For example, it localised the menu to ensure that food and beverages that appeal to local consumers are available to purchase. So, we’ll find familiar favourites in store and rooibos also features on the menu.

Playing an active role in a community

The employees in each Starbucks store are encouraged to talk to people about local initiatives that matter to them, from an individual carer of a sick child, to the building of a new children’s playground. The stores take on the role of community hubs, with noticeboards that advertise everything from small businesses to local campaigns. In the U.K. Starbucks has worked with a connector social platform Neighbourly to connect with local causes. They use social media as a way to stay connected with key issues on scale, and each member of staff pledges hours of community service to their local area.

In South Africa, Starbucks has committed to contract with local artists and artisans to produce pieces that give a South African flavour to the stores. For the Rosebank coffee shop, each piece of wooden furniture was hand-made and unique, while artwork and decor elements are also attributed to artists from South Africa.

Starbucks have managed to create unique moments and milestones that their community can share. The release of their red cups marks the beginning of the festive period and certain drinks – Pumpkin Spice Lattes and flavoured Frappuccinos – mark the turn of the seasons. They create buzz and excitement around these landmarks both in store and online, with fans linking to hashtags and sharing pictures, bringing their wide community together in celebration.