LATEST NEWS
Home Press The media and the legacy of Mandela

The media and the legacy of Mandela 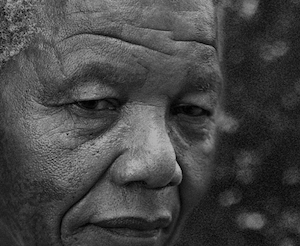 The relationship between the current incarnation of the ANC and the media is not a happy one. It wasn’t always that way.

President Jacob Zuma’s administration is quite clear that it sees the media not as a cornerstone of democracy, but as something that needs to be brought to heel, as an ‘opposition’, in fact.

It wasn’t always that way. While President Nelson Mandela might have had the odd run-in with the press, and he too believed media monopolies should be broken up and represent a diversity of voices, he nevertheless believed “A critical, independent and investigative press is the lifeblood of any democracy. It must be free from state interference. It must have the economic strength to stand up to bullying by government officials. It must be protected so as to protect our rights as citizens”.

Now that the countdown has begun for Mandela Day 2016, the third since Madiba died, it’s worth asking what role the media has played in keeping his legacy alive.

On 12 February 1990, Mandela and the ANC hosted the first press conference, in the gardens of Bishopscourt (then the home of Archbishop Desmond Tutu) after his release the day before.

“Before I respond to that question, I think it proper to apologise for the failure of the press conference yesterday. Our marshals did exceptionally good work but the crowd was too big and it became impossible for us to keep to our programmes and we very much regret that we could not fulfil that engagement.

“Having said that, I want to assure you that I’m absolutely excited to be out. I’m also excited to have the opportunity of addressing you, because throughout these difficult years in prison, the press, both locally and foreign, have been a brick to us.

“It was the press that kept the memory of those who had been imprisoned for offences, which they committed in the course of their political activities – it was the press that never forgot us. And we are, therefore, indebted to you and I’m happy to be with you this morning,” he said.

This response is an exact transcription of the original recording, provided by the Nelson Mandela Foundation. It is Madiba’s answer to the first question posed at his first post-release press conference.

The words that echo are, “It was the press that never forgot us…”

This holds true today, says Sello Hatang, CEO of the Nelson Mandela Foundation. In an interview with The Media Online, Hatang says the media play a “significant role in growing Mandela’s legacy”. Much of the coverage now is focused on the work of his foundation. “That’s the test when someone has passed,” says Hatang. “The coverage is not about the man, but about his legacy. That’s the stage we’re in now.”

Recently, Mandela’s approach to reconciliation and rebuilding South Africa has come in for criticism with some accusing him of selling out. Barney Mthombothi, in a powerful piece for the Sunday Times, believes people are looking for scapegoats. “And of course, as the Chinese would say, the tallest tree tends to catch the most wind,” he writes.

“The trouble with Mandela, we’re told, was that he was just too nice, too eager to turn the other cheek, he bent over backwards or just about prostrated himself in front of his enemies. In their telling, it’s almost as though Mandela was complicit in apartheid crimes or that, instead of ridding us of the scourge, in 1994 he had compounded our difficulties. That’s a sellout, in short. Well, defaming the dead comes at no cost.”

And he comes out swinging in response: “This is self-serving nonsense by the very people who’ve brought the country to such a pretty pass. The problem is not the agreement, but the mismanagement of  affairs since. The situation was always going to be a work in progress, regardless of the nature of the agreement.”

Hatang is more moderate in his approach. “Of course his legacy will face critique,” he says. “Of course there will be questions about his decisions. The student movement is also questioning. Critical questions are asked. We are engaging with young people on an ongoing basis. We have hosted the Rhodes Must Fall movement. And we’ve found that afterwards, they’re asking how they can contribute, how they can get their hands dirty,” Hatang says.

He said media interest in Mandela and the work of the foundation is as strong as ever. “We haven’t reached the point where the media back off. Mandela Day, and the media play a role in spreading the message, and they get involved too. In fact at the recent launch of Mandela Day, Graca Machel challenged those behind the camera or writing the scripts to get their hands dirty.”

Hatang says there’s little difference in how South African and global media continue to cover the Mandela story. “From my observation, the media is beginning to ask how we have betrayed Mandela’s legacy,” he says.

“Have we furthered his ideals? It’s a good time to reflect and ask ourselves what WE have done.”

He says people such as Public Protector Thuli Madonsela and institutions such as the Constitutional Court have built on those ideals. But he laments the fact that poverty, quality of life and racism are still features of South African life. “It can’t be that we’re still talking about transformation of sporting codes…” he says.

Asked if there was anything he thought the media could be doing better, Hatang said of course there is criticism that the media plays on sensationalism, that is could be perceived as being unfair, but, he says, “I think, it’s fair to say we have a media that’s robust and that pushes boundaries”.

And that, as Mandela believed, is a feature of a vibrant, if still growing, democracy.