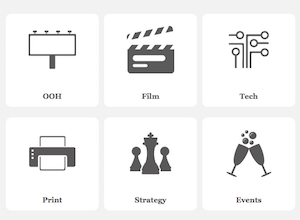 The publisher and editor of Marklives has launched a new online resource aimed at connecting brands and marketers to agencies. It also allows ad agencies to find project partners by listing service providers and suppliers.

Ramify.biz is not designed to replace pitch consultants, says Herman Manson. Instead, it allows marketers “an alternative to what is often an expensive and time-consuming process. Especially smaller and mid-sized brands — or larger brands with very hands-on marketing execs — will benefit from using the service,” he says.

Manson says while there are databases containing the kind of agency information he is collating into Ramify.biz, “they all sit behind walls”. “Agencies either pay to be listed or marketers pay to access the database. Nowhere is there a comprehensive database of agencies that is freely available and accessible to both marketers and agencies,” he says.

“We are disrupting these closed environments and democratising the information they contain. We believe all agencies, big and small, should be able to list their information in a central resource, and that marketers should be able to access it free of charge. It empowers both parties and grows the industry.”

Manson says that since Marklives.com already serves the advertising and marketing industry as a news resource, he already had a client base and an audience in place. “So it really became an issue of developing a sustainable business model for the service and once we figured that part out we were ready to roll,” he says.

Manson says his team developed the business plan and strategy for the site in December 2015 and spent around six months on wireframing, UX planning and finally the build and brand development. “Ramify.biz is a proudly South African initiative. It’s a very technical build — adding a user-friendly frontend to a complex database takes some doing – and we picked local development specialists, Swarm Digital, to develop the service. We also tapped into the UX design skills of Prakash Patel of Fogg Experiential Design Cape Town to map our user journeys and assist in wire-framing prior to the build. Finally, we contracted ad agency, Utopia, to develop our brand identity,” he says.

At this stage, Ramify.biz has 230 live listings in the database since launching in June, with more agencies and suppliers signing up every day. “This ranges from large agencies such as Ogilvy & Mather South Africa, FCB Africa, M&C Saatchi Abel, Hellocomputer and the likes to mid-sized, small and specialist agencies. It’s been exciting to see fairly significantly sized agencies pop onto our radar in PE, Durban and Bloemfontein,” Manson says. He believes within 12 months, the “vast majority, if not all, agencies active in South Africa listed.

And, he adds, “We are also seeing great interest from a new generation of black-owned and operated agencies and start-ups keen on building their profile out in the industry and using Ramify.biz as a platform for greater exposure.”

Every day, more agencies and agency suppliers are adding their profiles to the site. We believe we will have the vast majority, if not all, agencies active in South Africa listed over the course of the next 12 months.

Manson believes the service will impact positively on how procurement handles pitches. “Instead of very broad requests of interest, marketers may now submit a precompiled shortlist to their procurement departments to kick off the process. It’s important that marketers drive the marketing function and Ramify.biz allows them to retake the incentive. Procurement should be pleased at the range of agencies they will be able to access in future,” he says.

“We believe that Ramify.biz will evolve into a critical business-acquisition tool for ad agencies and also allow them to inform the market as they expand their own service portfolios.”

Manson has also planned a ‘pay it forward‘ option that encourages established agencies and suppliers to sponsor premium profiles for and to build relationships with emerging agencies. “We haven’t started our marketing drive around the pay-it-forward concept just yet,” he says. “We launched with a live beta site and getting the basic functionality right took up most of our time initially. That said – we’ve had a lot of interest – including from at least one leading industry body. We will kick off the pay-it-forward concept properly in the new year.”