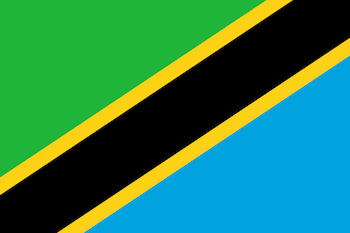 Tanzania has been described as “one of the least developed countries which has great potential.”

Tanzania is a portmanteau of Tanganyika and Zanzibar. The population was estimated to be about 53 470 000 in 2015; 82.5% of the population is under 40 and there are approximately 158 ethnic groups. Kiswahili and English are the official languages.

Starkly, the World Bank Group reported in 2012 that approximately 28.2% of the population lived below the poverty line. However, GDP growth has been strong, driven by several fast growing sectors – construction, transport and financial services.

Tanzania was the first country in East Africa to complete the migration to digital terrestrial TV. Whilst this migration can be viewed as a positive development for accessibility and diversity of programming, the higher costs (set top boxes and fees) have made TV less affordable for the masses. According to Tanzania Communication Regulatory Authority (TCRA) figures, there were 700 000 decoders as of December 2014. There is still a dual broadcast of digital and analogue signals, although the latter only reaches certain regions. Ipsos data indicates that TV viewership dropped from 36% to 15% after the switch.

The African Media Barometer (AMB) is an in-depth and comprehensive description and measurement system for national media environments on the African continent. The 2015 Report shows that mobile telephony has taken off in Tanzania: “Even those who can’t afford a meal a day will have a mobile phone.” The December 2014 TCRA mobile penetration figure was about 67%. The reason for the popularity of mobile phones is their use for mobile banking.

Internet access remains constrained particularly in rural areas. AMB states that by the end of 2014, 11 million people had access, comprising 3.4 million via organisations and institutions and 7.7 million households.

Predictably, radio is the most accessible and affordable media in the country. The TCRA records 84 licensed radio stations, with coverage varying from national to regional to community level. Broadcasting is only permitted in Kiswahili and English, but some leeway is given to community stations. The remit of community broadcasters is not clearly defined; they are often owned by local government.

In Q1 of 2016, Clouds took the top spot in terms of radio ratings, followed by TBC Taifa, Radio Free Africa and Radio One, according to Kantar-GeoPoll Media Measurement.

Newspapers, magazines and journals  are registered with the Registrar of Newspapers and in June 2015, 854 are listed. . The government owns four newspapers: Daily News, Habari Leo, Zanzibar Leo and Sunday News; the majority of publications are privately owned. Numbers are difficult to come by but the leading daily is Mwananchi (50-60 000 circulation) followed by Nipashe (28 000 circulation).

The AMB points out that long distances and poor roads inhibit the efficient distribution of publications. With the government being the biggest advertiser in the country, the need for commercial support frequently impinges on editorial objectivity. Ipsos data shows that readership levels plummeted from 22% in 2008 to 7% in 2012.

Russell Stuart, MD of Primedia Out of Home Africa, describes Tanzania as a “surprisingly sophisticated (out of home) market which has been running digital roadside networks for some three years already with all the bells and whistles offered, including day part selling and interactive campaigns”.

Due to broadcast fragmentation, out of home plays an important role, with marketing directors allocating between 20 to 30% of budgets to outdoor. Established media also face competition from brand activations such as road shows, according to AMB.