Trevor Ormerod to retire from media to pursue aviation dream 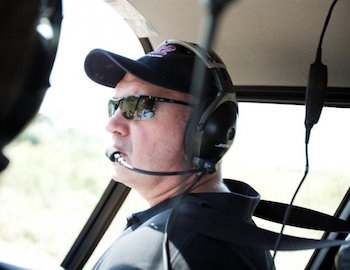 Trevor Ormerod has announced he is taking early retirement from the Times Media Group to pursue a new role as an executive at an aviation company. The media industry stalwart has been with TMG since 2011.

“We have been incredibly privileged to have had Trevor in our ranks, gaining the benefit of his experience in a media environment that is increasingly competitive and challenging.  Trevor is one of the most respected individuals within the industry, with a commercial aptitude that has been generously shared with advertisers and colleagues alike.  He is also one of the most liked gentlemen in the business,” said the group’s managing director, Andy Gill, in a statement.

“I’ve been fortunate to have been part of a very special industry for a very long time. I would like to say thanks for the incredible support received from the media industry, clients, and ad agency people that I have worked with over the years…and of course my staff.  The industry is made up of superbly talented people and it’s been a privilege to work with them,” Ormerod said.

Gill said Ormerod’s experience and sharp leadership had “delivered tremendous success in evolving our advertising sales approach to a rapidly changing media environment, where a 360˚ view is increasingly essential. The diagnostic sales skills that have been instilled across the sales and marketing teams, have allowed us to deliver great wins for our clients, and generated huge loyalty from advertisers. Trevor gifts us with a very strong and motivated team, for which we are very grateful”.

The success of TMG’s Media Division under Ormerod’s leadership include being awarded as the leading newspaper media owner in South Africa for four consecutive years at the prestigious MOST Awards. The MOST Awards, which recognise media owners and agencies who display exceptional knowledge and deliver outstanding client service within the advertising industry also awarded Times Media as the Overall Media Owner in 2014 and 2015. Ormerod has also previously been the recipient of the MOST Media Legend Award.

Ormerod is a qualified helicopter pilot and says that leaving the industry, and Times Media in particular, was not a decision he took lightly. He says, “there have been other interests I have put on the backburner for many years, and feel the time is now right for me to pursue my aviation dreams.”

A successor to Ormerod will be announced in due course.