Four news media experts give their opinions on what’s on the radar for newspapers,  their platforms, and journalism, in 2017. Staving off attacks while global players eat our breakfast. The Fourth Estate is alive and well and kicking some butt. The twin threats of revenue and ‘global editors at large’. Increase in harassment of journalists a worry. Compiled by Glenda Nevill.

Staving off attacks while global players eat our breakfast

It’s a tough time to be in journalism. You constantly have to stave off attacks on three fronts: your own industry, unhappy politicians and global players who are eating our breakfast.

Still, it is possible to have much more readers and fun than before.

The medium is not a problem. In fact, digital platforms offer many more options for storytelling than print ever did. Think interactive infographics, video and social media.

The content can still be great – it’s the numbers that don’t add up. Gone are the days of big newsrooms and specialist reporters who could spend their days in coffee bars looking for that one scoop that could potentially change the world.

That will become an extreme luxury as we invest heavily in multi-skilled generalists who can get the story out quick, in text and preferably video. This is not the same as dumbing-down; it just means the way newspaper newsrooms were structured and operated has fundamentally changed.

Not all journalists will be comfortable in this multi-platform space where they are required to Tweet, write, record and edit. Job opportunities will be fewer for them.

It will require real effort and commitment from proprietors to invest in probing, investigative journalism at a time when our country needs a strong media. 2017 will require us to work even smarter with the limited resources at our disposal. ~ Adriaan Basson is editor in chief, News24.com

The Fourth Estate is alive and well and kicking some butt

My overarching thought about media in 2016 is the critically important role it played in exposing corruption, holding state, semi-state and private institutions accountable and having a ringside seat at ground-shifting events such as the Pravin Gordhan saga, #statecapture and #feesmustfall. The Fourth Estate is alive and well, and we have some excellent (and brave) editors and journalists to thank. It was also the year in which digital news media (I have to single out News24) proved it has as much gravitas as print media. No longer is it only important if it is in ink.

While most print publications continued to lose circulation – partly because of the accelerating migration to digital, partly because of the financial pressure consumers are facing as a result of a lacklustre economy – many brands (certainly Media24’s excellent brands) substantially grew their audiences as measured across print, digital and social media. The deepening level of engagement offers huge value to both publishers and advertisers, and for the most clued-up advertisers this penny finally dropped. Many campaigns proved the efficacy of combining print and digital.

Native advertising and data analytics became a real part of the conversation between publishers, advertisers and advertising agencies. At Media24 we signed the two biggest digital deals in media history, with progressive Woolworths and Mercedes-Benz the first big clients to realise the value of mass reach underpinned by data-driven consumer insights. The growth in the digital properties of established print brands was hugely encouraging – for us, most notably Huisgenoot, who in its centenary year recorded explosive expansion including reaching one million fans on Facebook.

There has never been a more exciting time to be in media. I think 2017 is going to be huge – accelerating digital growth; personalisation and machine learning finally becoming part of what we do and how we do it; and data analytics claiming its rightful place in publishing. We hope to see mobile advertising taking off – in South Africa we’re way behind in this regard. It’s going to be the year of the app: with News24 already about 4 000 times larger on app than all the other South African news publishers combined, we plan to launch several innovative news and lifestyle apps. And we’re looking forward to see how The Huffington Post SA is going to kick some butt! ~ Esmare Weideman is the CEO of Media24. 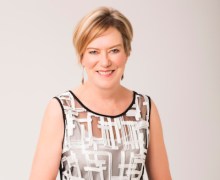 The twin threats of revenue and ‘global editors at large’

Fact: Mainstream newspapers (dailies, weekends etc.) are in serious trouble; declining circulation and ad revenue are on a steep downward trajectory that is gaining momentum at a terrifying speed.

Fiction: Newspapers will soon be extinct and replaced by online/digital.

Fact: No media type has ever been replaced by another media type in the history of man.

However, those publications or companies that hope to survive will have to make some drastic changes to their business models. In most cases, mainstream media have lost touch with the masses. (Although 95% of newspapers in the USA were anti-Trump, they failed to influence the population at large).

Entrenched corporate habits and out-of-date organisational structures are making it tricky to adapt the models to suit the new media consumption habits of the consumers. Alignment of skills across new platforms is difficult and the acquisition and retention of skilled staff is expensive.

The resultant investment in money, time and resources into developing and producing the necessary digital platforms is completely out of balance with the incoming revenue. The gap between print revenue and digital revenue is enormous.

But, the big elephant in the room is the threat of Facebook and Google. These social and search platforms, originally regarded as technology platforms, are now moving into the media space. The world is now in the dangerous position of having one or two ‘global editors-in-chief’, a huge threat to media diversity.

So the challenge is how to re-invent print (the high-margin part of the newspaper business) for profit and how to monetise the digital assets.

The real winners will have a successful formula of sustaining and improving on what they already know, looking for brand-extension ideas and finding brand new innovative ways of making money.

This will only be achievable if they can create a culture of luring and keeping valuable and skilled staff.

Local and community papers are in a very favourable position to be spared from all these negative trends. The model of providing locally relevant and unique content to defined geographic areas has ensured that the publications continue to provide very high effective reach and healthy growth in ad revenue. ~ Gill Randall is joint CEO of SPARK Media 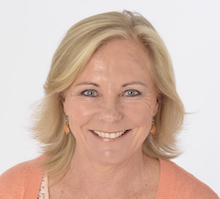 Increase in harassment of journalists a worry

A huge concern in our industry has been the increase in harassment and, in some cases, physical attacks on journalists in the field by both the public and the police. This has been an ongoing trend this past year. Journalists have also been threatened and harassed by the authorities and the government and some have even been put under surveillance. The South African National Editors’ Forum (Sanef) has released several statements this year condemning attacks on journalists covering protest action around the country.

Another issue that has now reached a tipping point in the wake of the US elections is the proliferation of fake news. In the run-up to the 3 August local government elections there was a surge in the number of local South African websites peddling fake news. Mark Zuckerberg, the most powerful editor in the world, yet claims he doesn’t run a news organisation, came under extreme criticism for allowing a lot of fake information to be published on Facebook, which critics say may have affected the outcome of the US presidential election.

In 2016, South Africa began waking up to the opportunities offered by data journalism. It had been really slow up until this year, but we’re now seeing an increase in data-driven storytelling, using data as the source of the story. Code for South Africa has been heavily involved there with the Data-driven Journalism Academy and working with newsrooms on projects. The biggest “event” that woke people up to the potential of data-driven journalism was the Panama Papers, 11.5 million leaked documents that detailed financial and attorney–client information for more than 214 488 offshore entities in 21 different tax havens. The leak resulted in unprecedented collaboration with over 400 journalists and experts in 80 countries involved.

Access to data has become easier and several government departments opened their data to the public. The South African Treasury worked with Code for South Africa on a tool called Municipal Money, which makes audited financial data available in an easy-to-understand format for every municipality in the country.

We’ve gone through the Golden Age of investigative journalism, which has now slowed down with cutbacks and retrenchments, both in South Africa and globally. But now there’s a whole series of new investigative journalism units opening up, with links around the world. We’re going to be seeing a lot more trans-national investigations with multiple countries collaborating using data-driven journalism. ~ Raymond Joseph is a veteran journalist and newsroom trainer. 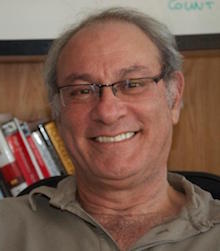