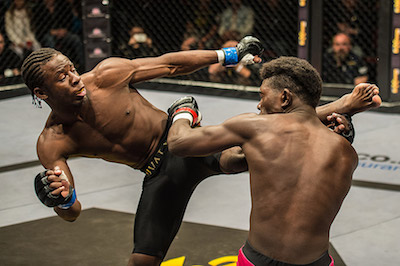 Zee TV Africa has launched a new channel, Zee Bollymovies. DStv will premiere Zee Bollymovies in South Africa and take it to the rest of the continent to market Bollywood entertainment to Africa.

“We have packaged Bollymovies and adapted the content to suit the African viewer. The channel is customised and dubbed in English. Bollymovies will be a one of its kind channel on the African continent, being a 24-hour dedicated Bollywood movie channel dubbed in English. This is an extremely exciting launch for us and for viewers on the continent and we look forward to being hosted on the DStv platform,” says Harish Goyal, Zee Africas‘ CEO.

Zee has had immense success with the launch of Zee World on DStv channel 166 over the past two years. Bringing audiences around Africa the best in Bollywood series, food and reality shows. Now Africa has a first class seat to watch the best blockbusters Bollywood has to offer with Zee Bollymovies. 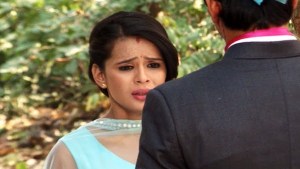 Marketers across the government and business sectors face the challenge of staying up to speed with knowing what their consumers’ needs and interests are in order to efficiently deliver products and services that meet the requirements of these audience segments.

AMASA Joburg is hosting Donald Liphoko, director general of Government Communication & Information System (GCIS), who will unpack the thinking and methodology behind the newly launched Government Segmentation Model. Even though his main responsibility is to lead South African Government Communications programmes and drive coherent country communication to citizens at home and abroad, he is no stranger to the media and advertising fraternity.

Liphoko’s presentation will provide an overview of the journey taken to produce the Government Segmentation Model which is a truly unique and innovative platform which will enable communicators and government officials to better understand the needs of South Africa’s diverse audiences.

“We are very excited and we are ready to bring the very first live EFC event to the millions of our audiences with a clear strategic view to grow the sport and provide high quality entertaining event,” said SABC Sport group executive, Sully Motsweni.

Scotland’s Danny Henry made headlines when he handed Boyd Allen his first ever loss in EFC. Now fate turns in his favour as he steps in, replacing an injured Allen to face the undefeated champion Igeu ‘Smiley’ Kabesa in an epic title fight rematch.

SABC Sport will bring five of these much anticipated bouts live on SABC 3 from 21h00 with updates on SABC Radio stations. 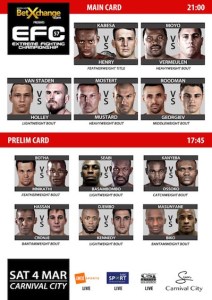 The IAB Digital Summit, powered by Accenture Interactive, is where digital, business, advertising and content converge. On 16 March 2017 at The Galleria Sandton, a heavy-hitting panel of local and international experts in each field will gather to have a dynamic, interactive discussion on the future and influence of digital in our country.

“In just one day, Summit attendees will be exposed to some of the latest digital trends, techniques and insights that will have an impact on their business immediately and for years to come. If digital touches any aspect of your business, this is a critical event to attend,” says Says IAB SA CEO, Josephine Buys.

Media leaders include Lee Naik, CEO of Transunion Africa who will examine how the internet has forever changed the way people go about their lives and the implications this has for businesses and governments in remaining relevant. Didier Uljasz, MD of Accenture Interactive, is keynote speaker. Uljasz will discuss ‘The art of knowing me: the customer genome and the new state of hyper-personalisation’. Alexandra Salomon, director international, IAB (Washington DC) will discuss the four key principles of what makes advertising great and how IAB and its members can be part of it. Melissa Attree, creative director for Ogilvy PR will unpack the key trends that will disrupt the content marketing space over the next year. Lunga Ngcime, digital marketing lead for Unilever Africa will provide up to the minute examples on how a brand of Unilever’s scale and reach into Africa approaches content in a mobile connected world.

To book tickets and for more information on the IAB Digital Summit & Bookmarks click here.

In a dramatic departure from today’s motor vehicle advertising, Toyota South Africa has used internet comments from its online fan base to launch the C-HR, its brand new high-powered cross-over marque.

These comments are as interesting and unique as the C-HR itself with @midzimgudlwa describing it as “#thebomddotcom” while @samsonkgoroba said “it looks like something that will bite you”. Other comments include, a ‘flaming like’ visual from @chrisvanstrijp , a ‘Shut up and take my money’ meme from @jasonlessing and ‘Toyotally speechless’ from @mari-louras.

The campaign is the brainchild of the FCB team working off a strategic brief provided by FCB Joburg’s strategic director, Kabelo Lehlongwane. “The C-HR stands out from the crowd, just like the people who are going to drive it. Their resistance to convention means they lead conversations, especially online,” explained Lehlongwane.

The 40-second TV ad, which you can view here, was shot by Bioscope Films over two nights in the Johannesburg CBD.