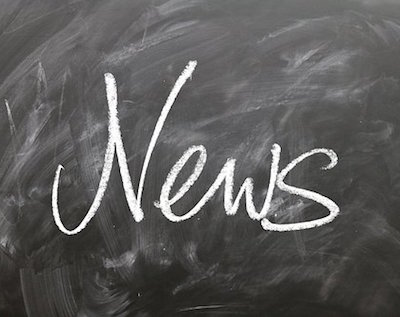 The South African Broadcasting Corporation (SABC) has admitted its revenue streams are “under pressure” and that it is funding its activities using its reserves.

While the public broadcaster’s spokesman, Kaizer Kganyago, said its major revenue was sourced from advertising and sponsorships, and that these were under pressure, he also blamed the ad-hoc committee charged with investigating the SABC board, saying “utterances made by various individuals and organisations at the ad-hoc committee have negatively portrayed the SABC and this has had an adverse impact on the revenues of the SABC in the form of payment of TV licenses, advertising spend and the withdrawal of strategic partners who were engaged to finance additional channels that the SABC intended to launch in preparation for Digital Terrestrial Television (DTT)”.

The “depressed” global and local economic conditions had also had an impact on the bottom line. “Advertisers have progressively reduced their advertising budgets from October 2015 to date a factor that is affecting the broadcasting and print media industry equally,” he said.

In October 2016, when the SABC’s annual report was released, media analyst Britta Reid, in a story for The Media Online, predicted ominous times ahead for the SABC after analysing data from Telmar.  She found “… perturbing indicators which will spell ominous times ahead for SABC TV advertising revenue, and suggest that SABC losses for this fiscal will balloon. Not only will advertising revenue be lost, but the greater costs of producing local programming will compound the problem”.

Disgraced former COO, Hlaudi Motsoeneng, famously dictated that all radio stations play 90% local music (including stations such as Lotus FM, 5FM and MetroFM) and that SABC 3, long the SABC’s commercial channel, broadcast 80% local content. Motsoening was also found to be responsible by the Public Protector for millions of rands in payouts to staff he’d purged without due process, and by raising the salaries of favoured staff, and himself.

The impact of these decisions was not mentioned by Kganyago in his statement. Instead, he said Motsoeneng had been “at an advanced stage of discussions with funders to generate additional revenue from strategic partnerships with provincial governments and the private sector to fund these additional channels” for DTT.

Kganyago said this project was “negatively compromised from October 2016 with these planned revenues not being realised. The sustainability of the current SABC News and Encore channels has also been jeopardised”.

He reiterated that government’s contribution to the SABC’s revenue, 2% of its funding, was “miniscule” in comparison to the costs. “As a result, the SABC cautioned that the collapse of its finances was imminent if due care was not exercised in dealing with the confidentiality of contracts with its strategic partners. These continuous attacks on the SABC, affects its business relations with its partners, which could unfortunately lead to the retrenchment of staff members,” said Kganyago.

Despite these challenges, the SABC would meet its obligations and continue to discharge its public service mandate of educating, entertaining and informing South Africans and other worldwide audiences, he said.