Watch this space: The master of turning lemons into lemonade

Posted By: The Media Reporteron: May 19, 2017In: Television
Print Email 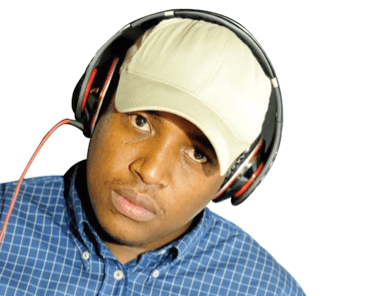 Wandi Nzimande is the station manager of Soweto TV, the biggest community television channel in South Africa, with three million viewers, which is situated in the heart of Soweto in Vilikazi Street. He is also a club and radio DJ and co-founder of streetwear pioneer, Loxion Kulca.

What made you go for a career in media?

My passion for popular culture drove me towards telling more stories about youth expression, which evolved into telling stories about my community of Soweto and Jo’burg. I chose television as a platform to do that, and I have recently fallen in love with radio, possibly the best social mobiliser of all time.

Tell us a little more about your career journey so far.

I’m an executive producer of television shows, films and documentaries. I have learnt by being thrown in the deep end, with very little experience. I’ve been the captain of Soweto TV since 2014.

My career in media started in 2007, when I became a production assistant for music video directors and filmmakers, I fell in love with it immediately. I wanted to master it and find great success in telling stories about the great city and ultimately country that I live in.

In my attempt to do my 10 000 hours in television, I joined Urban Brew Studios and started working on major television shows. I slowly and inevitably shifted to community television. My personal highlights are mostly working on TV shows for SABC such as Live, Live AMP, Yo TV, Khumbul’ Ekhaya, RGB, and One Day Leader.

What achievements are you most proud of?

I’m proud of the journey of Soweto TV over the last 10 years, from a zero base to three million viewers and generating an income that makes the channel self sustainable.

I’m proud of being part of that journey, but I’m mostly proud of the talent it has created and the hundreds of youths who have learnt how to make television.

What makes the development of strong community TV so exciting?

The excitement comes from turning nothing into something, there’s something magical in that transformation, and its ghetto alchemy.

We have learnt to craft television; with limited and scarce resources we deliver daily news, talk shows, variety and magazine shows, youth, and music shows.

Online and mobile interactivity has made us even closer to our viewers and the community of Soweto.

What is rewarding about your job?

The most rewarding part of my job is seeing young people discover what self love and self-belief can do. I meet a lot of youth with big dreams, and I enjoy watching and assisting them in reaching those dreams.

And the most challenging aspect?

The most challenging aspect of my task is to ‘win like we are used to it and to lose like we love it’. It’s about getting up as quickly as we can after a defeat and how to humble ourselves when we succeed and achieve our goals.Community TV is a new space, and we should challenge ourselves and dig deep for innovative solutions where we can do more with less.

What is your view on the development of community TV in SA? Are we winning, or do we have a way to go?

Community TV and community media as a whole has already won; our mere existence is a major victory. The founders of the channels should be celebrated and honoured as their vision and dedication is what has created us.

We still have a lot of battles ahead of us. The biggest battle is that of resource mobilisation and purpose.

How do you relax?

I enjoy TM (Transcendental Meditation). I relax mainly with my family and enjoy collecting and sharing music.

What three things can’t you live without?

My mother, Gugulethu Radebe-Akpata, is my superhero, she taught me everything… She mastered turning lemons into lemonade.

Where do you see yourself in five years?

I still see myself in media, possibly more in education and music.

‘Watch this space’ is a regular feature in The Media magazine. This story was published in the March 2017 ‘Rise of the Screens’ issue.