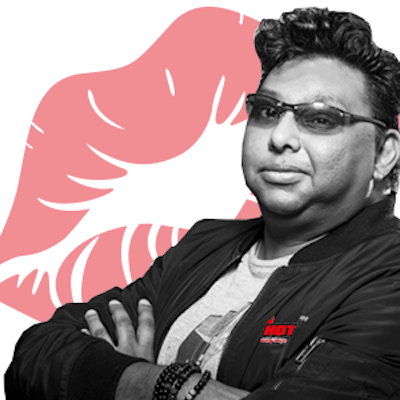 Managing director of Hot 91.9fm, Lloyd Madurai, said he delivered the news of Singh’s death  “with an incredible sense of sadness and disbelief”.  He said Singh had a heart attack at approximately 4pm yesterday 13 July 2017. “Medical staff tried to revive Gavin but were unsuccessful in their attempts. Gavin Singh passed away at 4:20pm,” he said in a statement.

Singh was a broadcaster with over two decades of experience as a prime-time radio presenter, TV and radio voice-artist, and radio producer.

He was an instrumental figure on one of the first community radio stations in South Africa in 1995, before earning the 9am-12 midday slot on 94.7 Highveld Stereo in 1997, where he spent nine years. His mid-morning show earned the second highest listenership ratings. Singh also presented and produced 94.7’s exclusive local music slot ‘The Backyard’ which showcased South African music talent.

“Today we mourn the tragic loss of a gentle soul, with a kind heart, who we were truly blessed to have spent each day with. Gavin, your tragic loss has left us with a feeling of emptiness and hurt and while this time will not be easy, together as a Hot 91.9 family we will get through this together,” Madurai said. “Our thoughts and prayers go out to Gavin’s parents and the Singh family. Rest in Peace Gav. We will miss you.”

Today is a sad day for the @Hot919fm family as we've lost one of our own. RIP @gavinsinghlive. May your velvet voice serenade the angels. pic.twitter.com/xtKORzFR4B