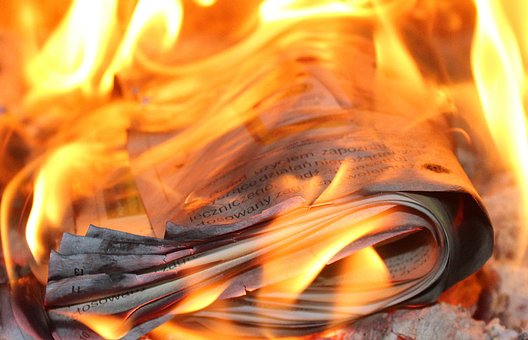 Democratic Alliance MP and shadow minister of education, Gavin Davis, is appealing a decision by the Press Ombudsman that cleared the Sunday Times of wrongdoing in a story headlined ‘Veil of secrecy as DA policy chief quits amid tensions ahead of 2019’.

Davis complained that the story, by political reporters Jan-Jan Joubert and Thabo Mokone, used anonymous sources and failed to take care in corroborating information, especially in its reference to tension between Davis and the party’s new director of communication, Siviwe Gwarube. He also claimed not to have had the right to reply and said Joubert had a “conflict of interest” when he wrote the story.

It appears Joubert had applied for the job as executive director of communications for the Democratic Alliance.

“A political journalist seeking employment with a political party as its most senior communications director would seem to constitute a very clear conflict of interest,” Davis says in his submission. “It would seem to be an elementary tenet of media ethics that journalists recuse themselves from reporting on a person they were recently in competition with for a position. There is, for instance, a possibility that the journalist may be harbouring a sense of personal disappointment at that person being selected instead of him, or he may have ambitions of replacing her should she vacate the position.”

Thus, he says, this “…certainly appeared to have slanted the reporting of the story… Because it is a simple fact that Ms. Gwarube had nothing to do with my resignation, and bringing her into the story was therefore gratuitous, tendentious and factually inaccurate”.

The story put forward the view that Davis’ resignation as policy chief and head of media was allegedly the result of differences of opinion with colleagues about the formulation of policies and communication strategies. A party insider said Davis was a member of Premier Helen Zille’s inner circle and was against the party’s current policy direction and that he had issues with Gwarube – who was approached for comment and denied the allegation.

But the Sunday Times’ Susan Smut, in her response, said submitted that it was fair and reasonable for the newspaper to rely on anonymous sources as each of the reporters “spoke to different sources and their versions were consistent with each other. This lends cumulative weight to the information they shared with us.

In total we spoke to eight people ahead of publication”. She said the sources “did not wish to speak on the record as they are precluded from doing so by party protocol. In fact, at a subsequent DA parliamentary caucus meeting, a senior MP called for all sources who spoke to us to be fired. This underpins the necessity of allowing sources to speak anonymously”.

The ombud agreed. He also said Davis had been approached for comment “albeit a general enquiry about his resignation or not”. “After the latter indicated that he was not in a position to comment, I do not think that Joubert was obliged to ask him specific questions about his resignation, including about his allegedly ‘tense’ relationship with Gwarube – clearly, this statement in the story served as a possible explanation for Davis’s resignation (which he could or would not discuss).

“I agree that Joubert should have tried to solicit comment on that issue, but I am not convinced that he was in breach of the Code for not doing so – not after Davis had refused to comment on his resignation. Secondly, if a journalist contacts a subject, the assumption is always that it is in aid of a story to be published – except, of course, if indicated otherwise.”

Approached for comment on the conflict of interest aspect of the complaint, editor of the Sunday Times, Bongani Siqoko, told The Media Online that this was currently remained an internal matter. “We promised the Press Ombudsman that we would deal with this. We have now started our investigation and we are unfortunately unable to respond to any of your questions at this stage,” he said.

“We take these allegations very seriously. The Sunday Times always puts its readers first and we will never do anything that would compromise the integrity of the information we publish.”

In the meantime, Davis said he believed an appeal panel in the Ombud’s office could well come to a different conclusion “based on the precedent set in previous rulings”.

He said his objective in filing the complaint, and appealing the Ombud’s findings, was to “hold the newspaper to the standards set by the Press Code. In the process of putting the case to the Ombud, a pattern of unethical behaviour unavoidably came to light”.

The South African National Editors Forum (Sanef) said in a statement ahead of the ANC’s elective conference that journalists needed to “uphold the highest standards of ethics as prescribed in the Press Code and to report without fear or favour”.

Chairperson Mahlatse Mahlase said Sanef had noted that Tiso Blackstar had instituted of disciplinary proceedings against their reporter, Jan-Jan Joubert, on the basis that the journalist had not declared an apparent conflict interest in the coverage of a story linked to the Democratic Alliance. “We respect the newspaper’s internal disciplinary processes and trust that they will uphold their internal Code of Conduct.”