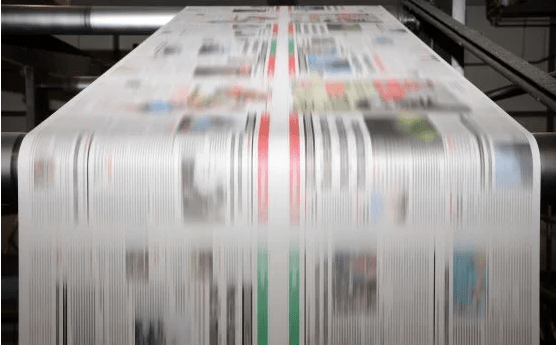 The North Gauteng High Court on Wednesday dismissed with costs an application to set aside the biggest printing and distribution contract in the country.

This means that JSE-listed printing company Novus can continue to print millions of workbooks for 24 000 public schools until March 2020.

A Novus spokesperson welcomed the judgement.

The tender, which was challenged by CTP JV, in which Caxton’s CTP Limited is a major player, could be worth up to R3 billion.

Caxton said in response it is disappointed and has “issues with some of the conclusions reached in the judgment”. The group is “considering our position”, chairman Paul Jenkins told Moneyweb on Wednesday.

Moneyweb earlier reported that JSE-listed printing giants Caxton and Novus have been fighting over the lucrative deal since April 2016, when the National Treasury cancelled the original tender for school workbooks for the department of basic education. Bidders were called on to submit tenders for the printing, packaging and delivery of 60 million school workbooks for a period of three years, with a possible two-year extension.

The Lebone Consortium, in which Novus is a major player, got the award in March last year and has been executing it. The consortium, as well as the department of basic education (DBE), opposed the application.

The contract comprises the printing of 60 million books with 8.78 billion pages in 11 official languages for learners in grades R to 9. These books have to be distributed to 24 000 schools in nine provinces. This happens in a cycle twice a year with printing taking place over 95 days and distribution over 35 days. The department calls it an “involved and intricate process”.

The CTP JV wanted the court to declare the tender award constitutionally invalid and set aside, to have it re-evaluated and to order Novus to repay all profits it has earned while the “unlawful” contract was running.

Judge John Murphy however dismissed the application with costs, including the cost of three counsel.

He dismissed CTP JV’s argument that the scoring and evaluation of its bid by the Bid Evaluation Committee (BEC) was unfair and that the two bids were treated unequally.

Murphy found that the BEC was permitted to depart from the approach mandated by the policy on reasonable grounds. He further found: “Judges must be careful not to usurp the functions of administrative agencies” and should be sensitive to their technical constraints.

He was not convinced that the BEC acted unreasonably or that its conduct gave rise to a reviewable irregularity.

Murphy dismissed the argument that the two bids were treated unequally. He accepted the argument that there was no need for the BEC to moderate the Lebone Consortium’s score on functionality, as it did with that of the CTP JV. Members reached early consensus that Lebone complied, but differed about CTP JV which necessitated further deliberations, he found.

He also rejected CTP JV’s argument that the director general of the DBE failed to comply with an obligation in an earlier court order by ignoring the legal opinion of advocate Ellis SC when he decided on the award. Ellis advised that the adjudication was irregular and unfair.

Murphy found that this is not a reviewable irregularity, since Ellis’s role was merely to advise.

Jenkins raised this finding as an example of its concerns with the ruling.

“As an example, it was a central point in Caxton’s (CTP JV’s) case that the Director General should have relied on the opinion of the court appointed independent senior advocate who was advising the tender adjudicators, that Caxton had been wrongly disqualified and must be admitted to the final round of adjudication.

“It remains Caxton’s view that this aspect alone should have been determinative of the matter in Caxton’s favour,” Jenkins said.

Murphy further rejected CTP JV’s objection against a technical briefing the project manager Allan Subban gave ot the BEC. CTP JV argued it was in contravention with an earlier court order, but Murphy found the order only precluded DBE officials who were involved in previous attempts to award the contract from serving on the BEC, which Subban did not do.

Murphy ruled the application “wholly unsuccessful” and gave the cost order in the light of “the complexity of the matter, the length of the papers and the expedited time frames in which the papers and the argument had to be prepared; as well as the fact that all parties employed three counsel”.

A Novus spokesperson said the judgement validates the decision of the DBE to award the tender, for the printing and nationwide distribution of workbooks to its consortium.

“We look forward to continuing to make a meaningful contribution to education and learning for all South Africans through this excellent project and delivering uninterrupted supply of these school workbooks,” the spokesperson said.

This story was first published by Moneyweb (@Moneyweb) and is republished here with the permission of the editor.

Antoinette Slabbert has a passion for journalism, is incurably curious and loves asking questions for a living. She has specialised knowledge about the construction and energy sectors.