You know you’re an extreme event planner when…

Posted By: Kelly McGillivrayon: July 13, 2018In: Out of Home
Print Email 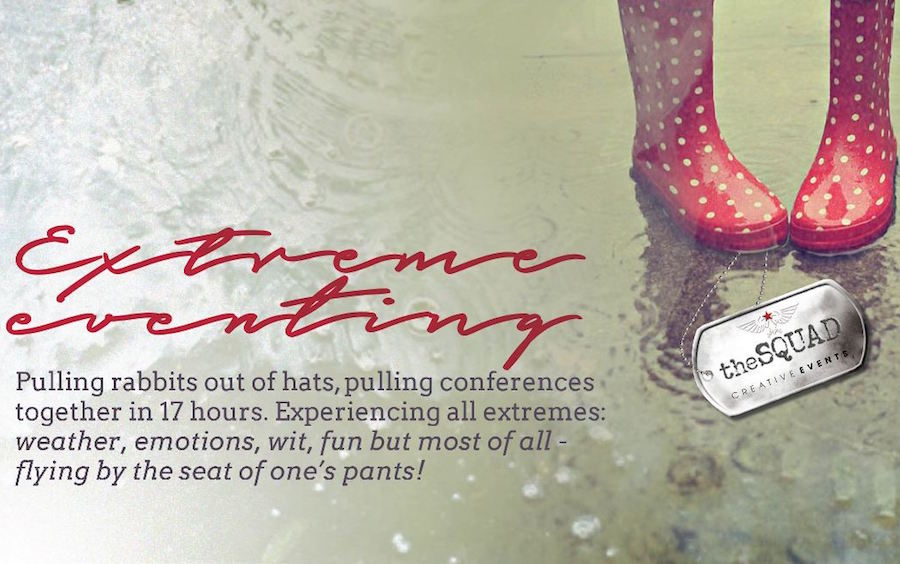 
What is extreme eventing? This is where you pull rabbits out of hats, putting conferences together in under a day.

theSQUAD team have been experiencing all the extremes: weather, emotions, wit, stress, fun and more. Here are our top six signs that you are now an extreme event planner.

One: You’ve Googled where the term “Flying by the seat of one’s pants” comes from.

The phrase dates back to early “aviation parlance”. The first aircraft had few navigation aids and flying happened by the pilot’s judgment. The current meaning is to decide a course of action as you go, using initiative and instinct rather than a pre-determined plan.

On any given day you could end up sourcing a venue, sorting technical requirements, organising catering and finding the perfect gift for 25 people in 25 200 seconds. Every one of them counts

Three: You’ve turned conferences into raging successes because sleep is a distant memory.

Did you know that you have a natural chronotype, or body clock, that determines when you are most comfortable sleeping and being awake? When you’re an extreme eventor your chronotype is on silent.

Four: The most you see of your children is when you employ them to work for you.

Not as bad as it sounds! Being an extreme eventor means your kids really know what they’re doing. They’ve been learning the ropes for a loooong time and you trained them well.

Five: You reach your 10 000 steps daily goal before 11 am.
The Huffington Post says: “10 000 steps a day is a trendy goal. We humans like big, round numbers like that. They feel right.” But extreme eventors don’t need to be trendy – they just need really, really comfortable shoes.

Six: You laugh loudly when you read about the impossibility of multi-tasking.
Time magazine says: “One study found that just 2.5% of people are able to multitask effectively. And when the rest of us attempt to do two complex activities simultaneously, it is simply an illusion.” Welcome to the 2.5% of humanity, extreme eventors.

“All you need is love. But a little chocolate now and then doesn’t hurt.” Charles M. Schulz
Apparently being an event co-ordinator is the fifth most stressful job you can do, with a stress score of 51.15%. But it’s also exhilarating, never boring, creative in the most unpredictable ways and often involves chocolate in one form or other. So we’ll stay in the game for now. 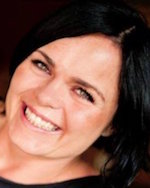 Kelly McGillivray is squad leader of TheSQUAD been and has putting productions of every shape and size together for over 20 years. She and her team create brilliantly planned, well executed and bodacious event experiences.