The Infinite Dial, a leading study on digital audio, mobile, smart speakers, podcast consumption, and social media from Edison Research, will be debuting in South Africa later this year. It has been commissioned by South Africa’s National Association of Broadcasters (NAB) commercial radio committee and sponsored by Triton Digital, a global technology and services provider.

The Infinite Dial is the longest running survey of media consumer behaviour in the US, tracking consumer usage of digital media over time. The series has been recently expanded into both Australia and Canada.

“As the voice of the commercial broadcast industry in South Africa, we are looking forward to gaining valuable insight from this study into the habits of listeners and consumers. We are thrilled to be partnering with Edison on this project, which we feel will benefit the whole media sector,” said Nadia Bulbulia, executive director of NAB, which represents radio, television, and networks in the broadcast industry. This study will be the first comprehensive measurement of the digital audio media behaviours of South Africans.

The study has become the report card on digital audio and other digital media, and is widely used and quoted by broadcasters, internet radio publishers, ad agencies, and the financial community.

The first study aims to have results released in late August/early September by way of presentations in South Africa’s major urban centers, and will be published simultaneously online on the NAB, Edison Research, and Triton Digital’s websites. 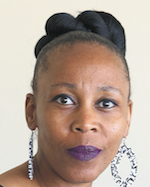 Mapula Nkosi has been appointed editor-in-chief of Daily Sun and Sunday Sun, taking up her new position on 1 June. She was formerly editor of Sunday World.

“I look forward to strengthening the incredibly special position the paper plays in our readers’ lives by shining a spotlight on their concerns and to empower them,” Nkosi said. “Sunday Sun will continue to be a leading tabloid where the biggest celebrity news stories break.” Nkosi has an honours degree in journalism from the University of the Witwatersrand and completed a postgraduate diploma in marketing and business management at Unisa.

She has held several senior editorial positions in a career that started in 1997 as a news writer at City Press, where she was promoted to lifestyle editor before joining True Love as deputy editor in 2008. She was appointed deputy editor of the Sowetan in 2012 and took up her current position in 2017 – in both instances as the first female appointee.

Rogerwilco, the Cape Town and Johannesburg-based award-winning performance marketing agency, has opened a new office in the United Kingdom to better serve its growing portfolio of international clients, which currently make up 20% of its billings.

“We do extensive work in Europe in the not for profit sector with clients including various United Nations divisions, charities like Roll Back Malaria, Stop TB and the Royal Society for Blind Children,” said Charlie Stewart, Rogerwilco’s CEO. “But to grow this division within our business we need to have an on-the-ground presence from which to service our clients, as well as seek new opportunities and close the deals.”

All production will however remain in South Africa. This is as there is a growing trend among European firms to outsource to local service providers thanks to this country’s competitive pricing, similar culture and time zones.

A merging of minds as Atkasa Digital Agency partners with Initiative

ATKASA Digital Agency has announced a partnership with Durban-based through-the-line agency, Initiative. As a result of this newly forged partnership both agencies are poised to offer their respective clients a truly three-sixty-degree marketing solution.

Initiative, currently a level 1 BBEEE organisation, was founded some 35 years ago and remains one of South Africa’s longest-standing independent advertising and marketing agencies.

“We have been working with Initiative for quite some time and have found a synergy that works enormously well for both organisations, and more importantly, for our clients,” said ATKASA MD, Leon Marinus. “Through this co-operative approach we have accomplished so much more than we ever dreamed possible – the adage two heads are better than one has certainly held true in this instance. It felt like a natural progression to formalise the relationship. 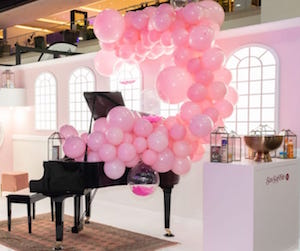 April was an exciting month for the experiential agency when Offlimit was awarded the Nu Metro account, Nestle and Ab InBev’s Brutal Fruit. Premier’s Iwisa and Snowflake have also been added onto Offlimit’s client base further cementing the long standing relationship with the FMCG house.

Long standing partnerships with Coca-Cola, Huawei, Blue Ribbon, Sta Sof Fro, Stylin Dredz and Bosch saw the agency being re-awarded business for the new fiscal, an achievement the agency is proud of. In addition, Offlimit’s Africa division has also grown in the first quarter of 2019 breeding new relationships with iconic whiskey brands, Jameson and Chivas, as well as Bosch.

The Great Yellow Brick Company has appointed Tribeca Public Relations (Tribeca) to support its continued growth in South Africa, including the launch of the second LEGO Certified Store later this year.

“After the exceptional results the Tribeca team achieved with the launch of the Sandton City store, we knew it was the right choice to appoint the agency as our ongoing PR partner,” said Robert Greenstein, co-founder at The Great Yellow Brick Company. “Tribeca understands our business objectives so we extended our relationship with them as we continue to build our business.”

‘XtraSpace’ for competitors in the 2019 SPAR Women’s Challenge 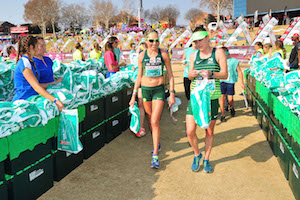 Hundreds of women compete in the annual SPAR Women’s Challenge races around South Africa, all of whom need a safe space to store their belongings while they’re on the road.

XtraSpace Self Storage (with subsidiaries SpaceBox and EcoBox) has stepped in as the official storage partner for the races in Cape Town, Tshwane and Johannesburg.

“Supporting events – and businesses – in the communities in which we operate is important to us,” said CEO Colleen Mansour. “As are strategic partnerships with well-established brands such as SPAR.”

The company recently joined forces with Centurion-based cricket team, the Multiply Titans, coming on board as the official storage partner for the team.

“With our SPAR Women’s Challenge sponsorship, we will cover three major urban centres, all cities where we operate,” said Mansour. “While we understand the value of brand association and consumer perception of our services, we also wanted our participation to have a practical, usable element; to actually provide a much-needed service for runners and organisers.”

“Our company promise is to provide flexible space solutions,” said Mansour. “And our sponsorship deal with SPAR has done just that. We want our communities to enjoy the race, and not worry about whether their belongings are safe and secure.”

Meropa Communications has been named the 2019 Africa Consultancy of the Year by influential industry watchdog, The Holmes Report. The accolade comes off the back of Meropa’s ranking – for the eighth consecutive year – as one the Top 250 global PR firms. It is the top, and one of only two South African or African agencies to make the list.

It is the first time that Meropa has been recognised as the Africa Consultancy of the Year, the result of an exhaustive research process involving more than 200 submissions and face-to-face meetings with the best PR firms from across Europe, the Middle East and Africa. The announcement was made at the 2019 EMEA SABRE Awards in London.

The Holmes Report noted that “Meropa has built a reputation for client quality” and a “longstanding commitment to clients…powered as much by a vibrant staff culture as by its ability to build long-lasting, profitable relationships”. It noted that “the firm employs 90 people across wholly-owned offices in Johannesburg, Durban, Port Elizabeth and Cape Town, supported by its own pioneering AfricaOne affiliate network, which spans 18, mainly sub-Saharan, markets”.

IRONMAN, a Wanda Sports Holdings Company, have briefed Boomtown to develop the logos for the 2019 IRONMAN World Championship held in Kailua-Kona, Hawaii on 12 October and the IRONMAN 70.3 World Championship taking place in Nice, France on 7-8 September.

Following the collaborative work Boomtown participated in for the creative design of the 2018 Isuzu IRONMAN 70.3 World Championship, which was held in Nelson Mandela Bay in South Africa, Boomtown was asked to develop the logos for the two pinnacle events on the IRONMAN and IRONMAN 70.3 Series calendars.

Boomtown began with the use of the Hawaii state flower, the yellow Hibiscus. “The logo features people at the centre of the flower representing unity and family,” remarks Boomtown MD Andrew MacKenzie. “And behind the Hibiscus are the rolling waves of the ocean.”