“We are really excited about this partnership, combining the trust and credibility of our market-leading media brands, premium audiences and large numbers of online shoppers, with the utility of accessing Gumtree’s incredible database of classifieds,” said Lisa MacLeod, head of digital at Tiso Blackstar.

Claire Cobbledick, General Manager of Gumtree South Africa, said: “This is a great opportunity to access new shoppers and audiences, as well as to bring a previously lost revenue opportunity back to publishers. Both Gumtree and Tiso Blackstar are using data to better understand our audiences and optimise the experience for them, and the preliminary results are great.”

The deal sees the inclusion of Gumtree widgets and navigation links on the TimesLIVE and SowetanLIVE sites, pre-filtered for relevance on editorial sections and articles. It will also include native executions, and contextual offers that leverage off and maximise large social audiences.

Helen Zille, the former Premier of the Western Cape and leader of the Democratic Alliance (DA) between 2007 and 2015, has joined the IRR as a senior policy fellow.

The joining of forces between Zille and the IRR brings together two of the loudest reformist voices in the country.

“We must defeat the racial nationalist and neo-Marxist ideas that threaten the future of every South African,” Zille said. “The IRR provides a platform for all concerned South Africans to contribute to this battle of ideas by doing three things – namely: uniting the middle; protecting property rights; and promoting individual freedoms.” Zille has a long record in South African public life. She began her career in journalism, at the Rand Daily Mail, where she helped to uncover the circumstances of the death in detention of Black Consciousness leader Steve Biko in 1977.

The Ladima Foundation Announces Advisory Board

The Ladima Foundation has announced the appointment of a high-profile advisory board made up of a host of well-respected film and TV industry professionals from across the globe. They will provide critical guidance on the policy, direction, and priorities of the organisation.

Themba Bhebhe (South Africa/Germany) is one of the founding members of the Programmers of Colour Collective (POC2) that aims at creating a conversation around and working towards a more diverse and inclusive programming pool at international film festivals.

Catherine Gitahi:(Kenya) is an integrated marketing communication specialist with a background in journalism and community work. Bikiya Graham-Douglas (Nigeria) is an award-winning actress, singer and producer who is committed to telling stories through different art mediums, stage, film, and radio.

Charlotte Giese (Denmark) is a senior advisor at Danish Film Institute and is passionately committed to the development of the film industry across the world. Nse Ikpe-Etim (Nigeria) is a multi-award-winning actress from Nigeria. Fibby Kioria (Kenya) is the programme director at Maisha Film Lab and has for the last eight years worked in film education management.

Elias Ribeiro (South Africa) is a Brazilian born film producer who has lived and worked in over 10 countries. He has now been based in South Africa for a decade, where he founded Urucu Media. Monica Rorvik (South Africa) is head of film and media promotion at Wesgro. Debra Zimmerman (USA) executive director of Women Make Movies based in New York City. 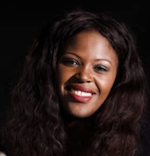 Brenda Khumalo, amnaging director of CID, has decided to part ways with CID after a successful two and a half years journey.

Under her stewardship, the agency rebranded and repositioned itself into a nimble modern marketing outfit called Collective ID, which went on to produce great campaigns for clients like Standard Bank. The agency also achieved 51% Black ownership during her tenure.

“Brenda was an asset to Collective ID, so we are sad to see her go. As the Management Team of Collective ID we wish her well on her future endeavours,” said Dave Livie, non-executive director on the board of Collective ID.

African payment service provider DPO Group, has acquired PayFast, one of the largest payment processors in South Africa. The deal by the Nairobi headquartered DPO Group was executed through a mix of shares and cash, with the PayFast management team remaining key shareholders in DPO Group. Following the transaction, DPO Group will be providing services to over 100 000 merchants across 18 African markets.

“PayFast is a natural fit for DPO Group and this deal strategically follows our acquisitions of PayGate, VCS, Paythru and SiD since 2016,” commented Offer Gat, chairman and co-founder of DPO Group. 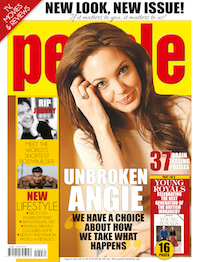 people, one of South Africa’s favourite celebrity, lifestyle and real-life magazine brands, is sporting a fresh face, additional content and will remain on sale for longer.

“Never before has momentum in the print industry been as important and relevant as it is right now. Expanding into fresh (and sometimes dangerous) waters, delivering content differently and finding ways of standing out in a cluttered market have been driving forces behind the revamp of the now fortnightly people magazine,” said editor Andrea Caknis.

It’s new look has seen the magazine take a giant leap forward and includes a whole new revamp, and not just in terms of design. people now showcases a wide range of interesting content in sections on Lifestyle (Fashion, Beauty, Health, Décor, Money Talks, Travel, In The Kitchen, What’s In Her Bag, DIY, What the Tarot Holds), Real Life (Human Interest Stories), Spotlight (10 Things You Should Be Watching Right Now, Movies, Book, CD, App reviews, TV Movie and Reviews) , Celeb Interviews, The Catch-up section (celebs stories you might have missed – as well as a few global interest pieces) and, of course, a beloved Puzzle section now boasting a variety of 37 puzzles.

OLE!CONNECT has recently secured a number of key account wins, including being appointed the exclusive digital agency to the FADT group. Another series of account wins for OLE!CONNECT sees the marketing division expanding its work within the First Rand Group.

Having worked with Ashburton Investments over the past two years, OLE!CONNECT has recently also been appointed by Rand Merchant Bank and Wesbank as a digital service provider for specific campaigns. OLE!CONNECT has worked with RMB on a social responsibility initiative aimed at supporting literacy for children and developed the full CI, website, and user journey for this on-going initiative.

Wesbank has appointed OLE!CONNECT for a series of digital campaigns as well as for its website development, this despite having internal digital resources at their disposal.

With less than a month to go to the Pan African All Media Research Conference, PAMRO has announced its speaker line-up. This year’s conference will explore the theme ‘Investing in research, investing in brands, investing in Africa’.

Keld Nielsen, Kantar, will take delegates on a whistle-stop tour across the globe in a quest to explore ‘Is TV dead?’.

Pushkar Kulkarni and Neema Wamai, Ipsos, will present ‘Simple Passive Solutions to ‘Disruptive Challenges’, which builds on their white paper presented on Audience Measurement 5.0 at the conference in Lagos, Nigeria.

Jonathon Wells, MD Data Science Nielsen International Media, meanwhile presents a paper on Brand Target Audiences for Print/Digital Campaigns. Marketers have relied on a traditional approach for defining the target audience for a newspaper or magazine campaigns, which incorporated standard demographics such as age, gender, income and socio-economic status. In many cases, however, this approach can lead to a waste in advertising spend because the target group is not fully contained within the demographic definition.

To address this issue Nielsen has fused the Homescan consumer panel onto the PAMS readership survey in South Africa. The fused database provides a link between the readership of newspapers and magazines and actual purchases of a wide range of products and brands. This approach presents an opportunity for advertisers to pinpoint the precise audience of a campaign and optimise their print advertising schedules.

For marketers, determining the value of their marketing activities is more critical and complex than ever – especially as customers demand increased personalisation and heightened value in every brand interaction. By understanding the value of customer touchpoints and actions taken, by using a multi-touch attribution model, they are better positioned to make more strategic media allocations, maximising engagements and future conversions.

Headlining the event is international keynote speaker, Joel Rubinson, MMA MTA expert and President of Joel Rubinson Partners Inc. His talk, ‘A Road Map for Marketers’ success with Multi- Touch Attribution (MTA)’, will identify the challenges and obstacles marketers face in the MTA process and map out the marketers’ journey.

Joining him as a speaker is Paul Stemmet from event sponsor OLE!CONNECT who will present ‘The Science & Commercial Wisdom Driving People-Based Marketing’.

The ‘Future of Attribution’ event takes place on 7 August at the Maslow Hotel, Sandton.

To book a seat email sarah.utermark@mmaglobal.com. The event will be followed by a cocktail reception. 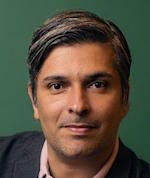 The Nedbank IMC 2020 is themed Marketing Works. Work It!  and it will explore why marketing is last on the agenda of every conference call and first to have to tighten its belt when it comes to budget cuts.

The conference will take place on 19th March 2020 at the Galleria in Sandton and already has a stellar line-up of 20 influencers and marketing specialists on board. In a coup for the conference, the international keynote will be presented by Global Chief Marketing Officer for Burger King, Fernando Machado (left).

The 2019 Nedbank IMC also saw the awarding of the first Nedbank IMC Bursaries and Khensani adds that she is extremely excited at awarding more bursaries in 2020.

The World Out of Home Organization (formerly FEPE International) will be hosting a networking presentation with partners the Out of Home Advertising Association of America (OAAA) and research body Geopath in NYC in an opening session for New York Digital Signage Week on October 14.

The event will be held at the Renaissance hotel in Times Square, the heartland of US Out of Home advertising with its giant billboards.