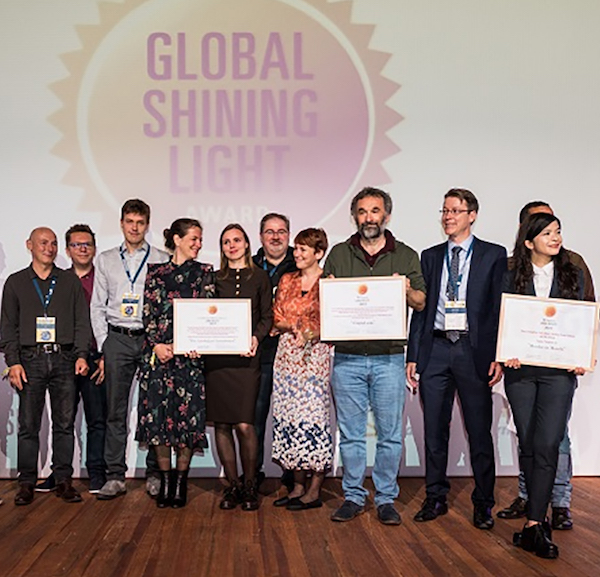 It’s fair to say the folks at Daily Maverick are in celebratory mode. Their 10th year has been one of big wins for the media start-up and, with their birthday fast approaching, they’ve hit on another winner to mark this milestone achievement: their first self-published book, ‘We Have A Game Changer: A Decade of Daily Maverick’.

“The idea was to go back and tell our story – not only the big stories we published and broke, but also the story of keeping the business going in a very tough environment,” explains CEO Styli Charalambous (below). “We were a news media start-up in the time of Zuma, Google and Facebook…and we decided to tell our start-up story, a news media story – and how the politics of the country shaped an organisation.”

In 2009, digital disruption was in full swing, with mobile penetration on an ever-increasing upswing; tech giants Twitter and Facebook dominated social media while Google released its own operating system (Chrome), among others. And, in May, Zuma had been elected President of South Africa.

An investigative digital news platform seemed a good idea at the time. The venture was initially supposed to be purely commercial – until Google and Facebook took the bulk of advertising revenue. “But before that became apparent, we experimented with new products, such as the tablet magazine edition (iMaverick), but we were completely hamstrung: being digital with a political focus proved the commercial equivalent of ebola.”

Despite receiving seed funding to kickstart the venture, sustaining it proved hairy, recalls Charalambous. “We started off pointing in one direction, and got pulled into another.”

The team was made up of five fulltime employees – “I was part time for the first two years, and came on full time when we launched the iPad publishing” – and everyone was called on to fulfil various roles, notes Charalambous. “Branko and I were doing five jobs apiece: I was tech, project management, marketing and PR…We under-invested in pretty much everything except quality editorial (tech, sales, finance, infrastructure, all were sacrificed at the cost of investigative journalism.”

Remaining true to their values and principles eventually paid off, when Daily Maverick was virtually handed the #GuptaLeaks files.

Their next move, surprisingly, was also dictated by principal – one that, arguably, few media houses would even have considered. “We decided that this was bigger than us  – it was about the country,” explains Charalambous of their decision to co-opted other media houses into a partnership to curate and publish the wealth of information.

This, and the upcoming book, caps an exciting year for Daily Maverick. The platform has not only become one of the most credible news sites in the country, with a sustainable revenue model, it also attracts the cream of South Africa’s journalists – and has been on a exponential growth curve, branching out with several new beats, from business to lifestyle.

“Managing growth was not a problem we would have ever thought would be our biggest one, so we very grateful to have had those problems this year,” notes Charalambous. “For years, we ran as lean as we could; only now, that we have modicum of success with our membership plan, can we invest in tech and community management.”

Their salary bill may be high, “but nowhere near what it’s like for our competitors; we are able to do more with less,” notes Charalambous, adding that a lean expenditure structure is par for the course. “When you’re born in the fire, you can’t get too fat; we’ve only ever known a wartime existence, fighting for survival…if you can come through that, it’s a great experience and ready for anything else.”

Daily Maverick revisited their business model when a commercial venture proved unsustainable, and turned to grant funding, establishing a non-profit vehicle to house the investigative team – “but we only really got funded once the #Guptaleaks broke.” When even that didn’t prove sustainable enough, DM turned to their readers. “We opted for a membership model over paywall subscriptions, which has been an incredible success for us – we’ve built an entire team around this community of loyal readers,” explains Charalambous.

Daily Maverick has some 8 300 members, who can choose the amount they want to contribute, an initiative that has seen steady growth since launch, says Charalambous: “We aim for about 500 new members a month, and are forever tweaking to boost this.”

Their one-third revenue model (1/3 from philanthropy in the form of donations and grant funding; 1/3 from ads, native ads and event sponsorship and 1/3 readers’ contributions) is working, affirms Charalambous. “The non-global, country-specific media probably need to rely on this model to sustain public service; it’s staring to work for us, as well as media in states: the Texas Tribune mirrors our adventuress exactly, except they started out non-profit, and they’re also growing with reader revenue and trading activities.”

“We’re also using it as a pilot to launch our own imprint,” affirms Charalambous. “If we can recover the hard costs of such a big expensive project – it took two fulltime authors to research, and interview over three months, and we’re working with digital publishing experts to give it a life online. We figured if we can do this, we can start an imprint with enough support – so also an opportunity to disrupt book publishing.”

All signs point to this, too, succeeding: within two weeks of opening pre-orders (three weeks ago), they’d already reached 15% of their target, with 350 books sold on pre-order basis.

Read an extract from ‘We Have A Game Changer: A Decade of Daily Maverick’, which tracks the story behind the stories that led this ambitious news website to a space where it welcomes over two million unique browsers per month.

Lucinda Jordaan is an independent writer, researcher and editor with extensive experience in all media, covering fields from academia and finance to education and lifestyle. Her articles have appeared in several award-winning publications, locally and internationally, and she has contributed to books and online sites, including The Media Online.