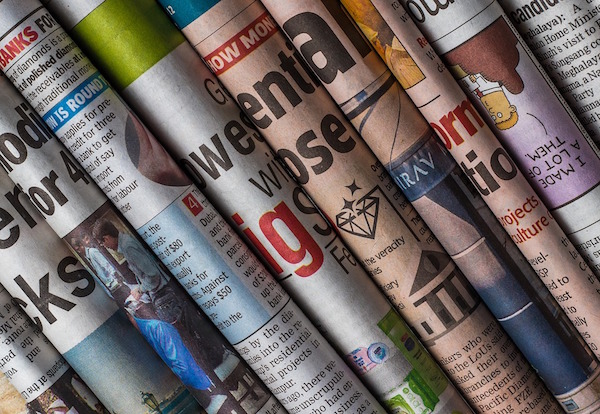 The digital revolution has forever changed the way news is sourced, distributed and consumed, and obliterated our understanding of the traditional newsroom.

Any revolution carries its own momentum of change, and the Fourth Industrial Revolution is no different. The world, it seems, has gone topsy-turvy, with fascism on the rise and protest action everywhere from the Cape Flats to Hong Kong – and anyone with a smartphone and broadband is privy to it. Whether we believe what we see and hear – and the reasons why – is a whole other story, though.

Bolstered by blustering politicians lambasting mainstream media as fake news from their social media platforms, the distinction between news and propaganda has become ever more blurred. Alarmingly, online attacks on journalists, news outlets and against press freedom has escalated to violence, intimidation and serious injury – leading Sanef to lay a controversial complaint against the Economic Freedom Fighters in the Equality Court to protect journalists from intimidation and threats.

[In her 24 October 2019 ruling, Judge Daisy Molefe said Sanef had failed to establish that being a journalist qualified for the protection of the court, and that the EFF’s conduct did qualify as hate speech. She did, however, say it was “…incumbent on all organs of state, including the judiciary, to not only have regard to but to take positive steps to protect the safety and independence of journalists”.]

These are just some of the issues brought into stark relief in Wits University’s most recent annual State of the Newsroom Report. Declining circs, massive job cuts, closures and the impact of tech platforms on advertising revenue and overall news credibility is a global phenomenon that has been widely reported, studied and disseminated.

Grappling with the gig economy

So while the State of the Newsroom holds few surprises, it does reveal the extent of the impact of the digital revolution on the traditional newsroom, notes journalism and media studies lecturer, Alan Finlay, who edited the report. “I think three things stood out for me: Firstly, that there is a strong need to develop the institutional support for freelance journalists, particularly in light of the retrenchments in the industry, which are set to continue.”

This is outlined in the report by contributor Dr Glenda Daniels, who writes, “It is difficult to quantify the exact number of job losses over the past years…People I interviewed for this research suggested there could easily still be 10 000 ‘media workers’ in South Africa – some of whom are freelance journalists with most in public relations and part of the ‘gig economy’ – a day here and a day there of writing, researching, editing, content creating or hustling.”

With ongoing retrenchments and closures (most recent being the Mail & Guardian’s August announcement that further retrenchments were imminent) Finlay points to a need for trade unions and associations such as Safrea (The South African Freelancers Association) to “relook the kind of support they offer journalists…and remake themselves in a new context” – much as journalists are being called to upskill and restructure their services and offerings.

“The way they (unions) operated in the past is going to have less and less relevance as we move forward, and the so-called ‘industrial age’ of journalism begins to atrophy in South Africa,” he adds. Interestingly, the report also notes that unions have historically struggled to get journalists on board. Unionists interviewed for the report claimed that “journalists felt they were ‘too important’ to be unionised but were now regretting it”.

Bleak as the media landscape may be, news consumers have never had it better, with a wide variety of platforms to source their news and entertainment from, and yet another notable takeaway from the report, says Finlay, is “the growing strength of community radio, particularly in the metropolitan areas: In Gauteng, for example, the top community radios are now starting to shape the radio landscape more vigorously, and take on stations like YFM”.

Print news, too, may be battling, but Finlay’s third insight is an optimistic view that this may well level out. “I think there are signs that the readership of some newspapers – such as the Sunday Times– are stabilising. While it is likely that we will see some titles collapse over the next one to two years, I think we will start to see print news consolidate with a base of loyal readers,” he notes.

The disaccreditation of three Sunday Times’ investigative articles (the SARS ‘rogue unit’, Cato Manor ‘death squad’, and illegal deportation of Zimbabweans to face execution); the SABC’s ongoing corruption and financial woes and Independent Media’s published accusations against journalists, editors and rival publications have all contributed to a lack of public trust in the media – leading to the South African National Editors Forum’s (Sanef) call for an inquiry into media ethics and credibility.

Bloggers, citizen journalists and the fact that anyone with a smartphone can report on the news has upped the ante for working journos, who liken modern newsrooms to a ‘content mill’. It doesn’t help that training and skills development, too is lacking – largely, notes the Report, because retrenchments hit senior journalists hardest, and newcomers – employed at a lower salary scale to work across multimedia platforms – lack mentors to help upskill them.

This, claims the Report, has led to the death of beat journalism, a global phenomenon where only certain sectors such as politics, finance, and investigative beats covered by specialist journalists.

The lack of upskilling and training is also notable not only in the quality of articles published, but also in the number of entrants to the Taco Kuiper Award, which is reserved solely for investigative reporting. Neither the Sunday Times nor the Mail & Guardian submitted any entries last year. According to the Report, most striking is that “the number of outlets which considered themselves to be practicing award-worthy investigative journalism jumped from…a peak of more than 20 in 2014 and then down again to just a few last year”.

“New Frame, GroundUp, Daily Maverick, and now, the Vrye Weekblad all show that serious commentary and journalism is not dead,” posits Finlay. “New forms of collaboration are important – between small, independent news outlets or between progressive donors and journalists. We are already seeing both in South Africa, which I think is good. The Wikileaks role that News24has taken on is also interesting. This is another way to stay relevant.”

That the media landscape has changed is as irrefutable as the fact that we need news, whether we seek it in print or online. How and where we source it, depends on the quality of the content, says Finlay. “I think, at least in print, the drop in readership is not just about people getting their news online or a disinterest in news. It speaks to the quality of the news in many print publications — and I mean throughout the publication. It’s not good enough to have a good front-page story, but weak content in the rest of the publication. There is something fatalistic about the current situation: If you are not doing a good job at the news, then you probably should close down. It is a tragedy if you are doing a good job – then we should be worried. Although I think news in print is important, we shouldn’t be over-sentimental about change. The purpose of journalism is good journalism, in whatever form it takes.”

Key takeaways from the Report

• Newspaper circulation continues its downward spiral, with a few titles seemingly on the brink of collapse and even top-selling Daily Sun dropping about 20% in circulation over the past year.

• Community print media is shrinking too: The sector employed about 4 000 journalists 10 years ago, but these numbers – and the number of titles – have since more than halved. Membership to the Association of Independent Publishers for community newspapers is also less than half its number (575) in 2008, now down to about 200 (2018).

• Beat journalism is dying, globally. In South Africa, this trend, claims the Report, “appears to go hand-in-glove with training outfits in media companies having closed down due to budget cuts, well-staffed sub desks being culled to a minimum, young reporters being thrown in the deep end in, newsrooms with no mentors, and news desks which rewrite copy as there is no time to train reporters in what was wrong or right with a story.”

• Donor-funded journalism is on the rise, and allowing fornew synergies, as witnessed with the collaboration between amaBhungane, Daily Maverick and News24 on the #GuptaLeaks series.

• Journalists are being harassed, intimidated and threatened in the line of duty; allegations of harassment and bribes are common, especially online.

• Closures and retrenchments continue apace: in May, Tiso Blackstar announced the closure of tabloid newspaper Sunday World, and retrenchments across various publications. In August, the Mail and Guardian announce a further round of retrenchments. This follows scores of journalists having been let go from all the major media houses (Tiso Blackstar, Media24, Independent Media) and the shutdown of Afro Worldview (ANN7), Ndalo Media and Huffington Post.

• On the upside, independent online news sites are growing, and the launch of Newzroom Afrikain May this year promises a massive improvement on the Gupta-owned ANN7.

• Media credibility is under question, particularly in light of the increasing number of complaints to the Press Council: 533 complaints were received by the council over the past year, and more than 100 complaints were adjudicated by the press ombud in the same period.