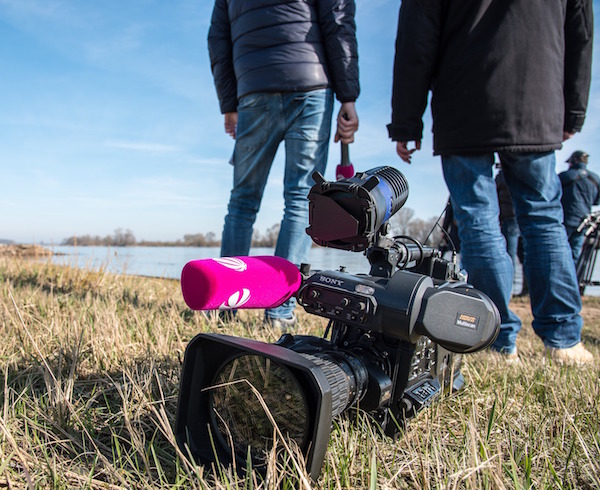 In 2020, the prestigious Nat Nakasa Award will be bestowed on all South Africa’s journalists. In an unprecedented move, the South African National Editors’ Forum said the vital role journalists play in society should be commemorated.

A special documentary was commissioned to shine a light on the courageous work done by South African journalists on the frontlines in a time of great unease and continued stress due to the global pandemic. It will be screened on Saturday night when the Nat Nakasa Award announcement is scheduled to take place.

The documentary, funded by Sanlam, was filmed in recent months while the country still remained under national lockdown regulations.

“Set against the backdrop of a country plagued with corruption and economic inequality, the coronavirus lockdown and a world in crisis, SANEF set out to lift the veil and bring to life the heroes that stand behind the headlines as we honour the media with the 2020 Nat Nakasa Award,” said SANEF chairperson, Mahlatse Mahlase, in a press release.

SANEF said journalists had continued to work every day, despite the risk of themselves being infected and also in some instances facing a precarious future.  The industry has faced mass retrenchments, massive salary cuts and closure of media houses.

“This acknowledgement to journalists collectively as winners of the Nat Nakasa Award not only reflects their brilliance on holding powerful individuals and institutions in society accountable on the unprecedented and complex social impact of the coronavirus, it also honours their on-going dedication to promote an informative and free press,” said Sanlam’s chief executive for brand, Sydney Mbhele.

“Our support for the awards and SANEF reflects our commitment to support journalism and media initiatives that reflect a boldness and transparency that helps make our world an open-minded, enlightened place to live, thrive and play.”

The award is traditionally presented to a single South African practitioner in newspapers, magazines, broadcasting and online media and whose reporting celebrates freedom of speech and media integrity. It recognises integrity, fearless reporting, commitment to the service of the people of South Africa, the tenacity to maintain reporting despite significant obstacles, in resistance of censorship, and having shown courage in making information available to the public.”

The SANEF management committee and independent judges took the decision that all journalists working tirelessly across the country and in our communities deserved the Nat Nakasa Award for the courage that they have displayed.

“For many it is tough to listen to the news, let alone the toll it takes on those who are experiencing, dissecting and reporting on the current realities faced by our country and the world as a whole,” said Mahlase.

“Disease, poverty, displacement, hunger, brutality, GBV, corruption, looting, and the rising covid-19 death toll are just some of the headlines we’ve come to read – and expect – each day as we open our eyes in South Africa. But in this we forget that it is often about people, and that these stories are brought to us by people – all while managing very personal experiences such as risk to their own families through exposure to the virus, police brutality as well as the very real and very harsh impact of a loss of income and their own livelihoods. Journalists have continued to do what they do, often with a window on the world that is as real for them as the people they are documenting,” she added.

The documentary honouring the media with the 2020 award will air on most national news channels on Saturday, 22 August 2020, after which it will be available to stream on the official SANEF YouTube channel.

Nat Nakasa was a South Africa journalist who died in exile at the age of 28 after a brief but dynamic career characterised by his journalistic courage and integrity. In 1964 Nakasa left South Africa for the US to take up a Nieman Fellowship at Harvard University. In doing so, he relinquished his South African citizenship. After moving to New York the following year, he suffered increasing homesickness and isolation, which contributed to his suicide on July 14 1965.