Jennifer E Moore's research interests include journalism history, visual communication, digital news preservation and participatory news practices. Her work on the nineteenth century illustrated press appears in issues of Journalism History, and she has several chapters in media history collections, including Sensationalism: Murder, Mayhem, Mudslinging, Scandals, and Disasters in 19th-Century Reporting and After the War: The Press in a Changing America, 1865–1900. She is passionate about teaching my students about journalism and media history and help them make connections to our current media environment. Michael J. Socolow is a media historian whose research centers upon America’s original radio networks in the 1920s and 1930s. His scholarship on media history has appeared in Journalism & Mass Communication Quarterly, The Journal of Broadcasting and Electronic Media, Technology & Culture, and other scholarly journals. He is the author of Six Minutes in Berlin: Broadcast Spectacle and Rowing Gold at the Nazi Olympics (Urbana: University of Illinois Press, 2016). He was awarded the 2018 Broadcast Historian Award by the Library of American Broadcasting Foundation and the Broadcast Education Association for Six Minutes in Berlin. 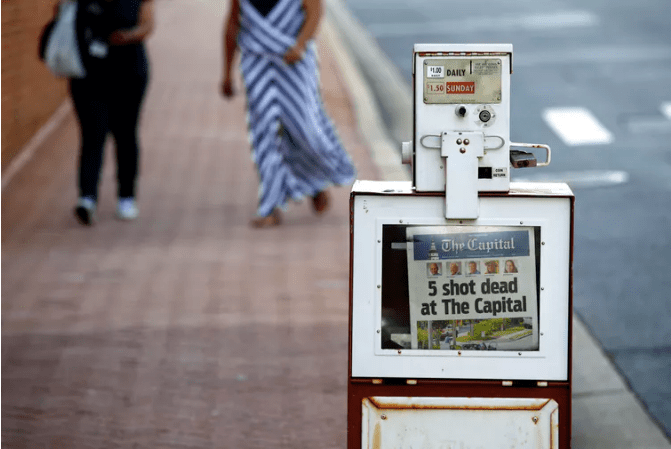 A South African journalist was threatened by a politician for doing her job. Does the end of the depoliticised mass audience era of journalism directly correlate to what seems to be a return of violence against the media? Read more