Exploitation or opportunity? A view on the media intern debate 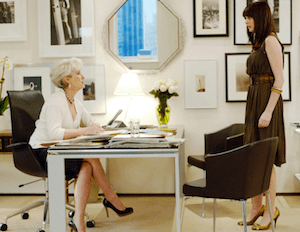 One of the great things about working in the media industry is that you regularly get the chance to meet amazing people who are doing amazing things. Last week I had the great pleasure of meeting the spectacular Khanyi Dhlomo at 5FM’s most recent edition of 5Talks. Khanyi is one of those magnanimous people who have serenity coupled with both relevance and accessibility. Her list of achievements can’t be quantified (Harvard Business School tried) and yet her humility is palpable the moment you meet her.

One of the not-so-great things about working in the media industry is that it’s far less glamorous than people think. Believe me there is a lot of hustling happening behind the scenes to bring you your favourite radio shows and the best in music. There is branding to carry, reports to write, painstaking logging of music details and recording and filing of prep sheets, production briefs and airtime schedules none of which involve drinking champagne with your shades on.

In addition to that, it’s a small industry. There are less than 250 radio stations in South Africa, a handful of magazines and digital platforms that pay for content and less TV stations than there are fingers on your two hands. That means that the lines outside the door to get in are significant.

So when Marie Claire is hauled into the interrogation room regarding their recent R30 per day stipend for interns, I have to think to myself, what do young people entering the world of work expect? Do we expect that degrees will translate directly into jobs? Do we expect that a magazine with a staff of less than 30 is going to have new jobs to offer people every year? Do we expect that everyone gets free Prada to wear to red carpet events every weekend?

We must chastise ourselves if we are expecting life to be like the movies. Marie Claire might have a stylishly dressed editorial team, but they are by no means dispatching interns to fetch steak and Starbucks the way Meryl Streep does to Anne Hathaway in The Devil Wears Prada. Marie Claire, like any media brand, is a business. It is trying to make money, keep clients and stakeholders happy and deliver valuable and meaningful content to its readers. Interns, like everyone else who works there, need to contribute to those goals.

Internships are opportunities for young and passionate people to cut their teeth in the real world, build connections that are valuable and make a memorable mark on the powers that be so that hopefully they are noticed and first to come to mind when new hiring decisions are being made.

Now I know we are in a sorry state of affairs regarding employment and education and the flimsy (if any) bridge between them called job-readiness, but internships are not usually paid, particularly in an industry so small where there is such a rampant desire to be included. In addition it is likely that there are elements of exploitation in many businesses, but these are hopefully exceptions rather than the rule. Internships are opportunities for young and passionate people to cut their teeth in the real world, build connections that are valuable and make a memorable mark on the powers that be so that hopefully they are noticed and first to come to mind when new hiring decisions are being made.

I can cite several examples at 5FM of lowly interns who impressed the team so much that they were later afforded opportunities at the station and are now very successful and valued members of brand 5FM. One of them is the current marketing manager of Converse South Africa while another produces The Roger Goode Show. We were not obligated to hire them, but they used their internship opportunities well and it paid off. We did not have jobs ready and waiting for them at the end of their internships. Many of them left to build their experience and earn money in other jobs and when a relevant opportunity arose at 5FM they were first in line. They went through the interview process with big advantages having interned at 5FM and therefore became natural candidates for the positions.

I would be careful of suggesting that interns are automatically exploited. Working conditions are pretty similar for interns as they are for employees. In fact they are probably more relaxed with interns due to their unremunerated status. My interns don’t make coffee or rush to carry my bags for me, they do the same kind of work that anyone else does in the office when and where it is needed. But I’m afraid, harking back to a piece I wrote right here last year, a qualification is just a passport, and experience can’t be bought so wherever you can get it, you should do just that.

Going back to Khanyi’s interview, when 5FM’s Nick Hamman asked her about internships and their remuneration she told her own story of working her way up from the bottom. She ran around with clothing samples on photoshoots as an assistant for quite a while before she became a news reader, Harvard Business School Graduate and the philanthropist and entrepreneur we know her to be today. Taking interns on-board isn’t exploitation; it’s an exchange of experience where the extra pair of hands isn’t needed even if it is appreciated.