Can augmented reality save the mass media? 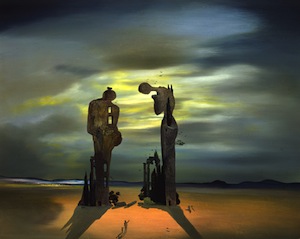 There might just be a high-tech lifeline for struggling newspapers and broadcasters suffering from the inevitable obsolescence of traditional advertising. But, they will have to be careful.

Not too long ago newspapers particularly, surfaced from their fear of the internet only to embrace it by stupidly giving away their content for free. They are still battling to extricate themselves from this mammoth blunder.

The challenge now is for newspapers and broadcasters to look for things that enhance the consumer experience; things that make more consumers subscribe and fewer unsubscribe.

Quality of content is a given. Without this, media will die a slow, lingering death.

Already many savvy media houses have recognised the value of interactivity and accepted that no longer will they have the luxury of pushing information to consumers but will be forced to have high quality content on all sorts of platforms available for consumers when they want it and how they want it delivered.

The high-tech solutions I am talking about are virtual reality and augmented reality.

Yes, I know. These are usually spoken about in the context of gaming and should not have anything to do with serious grown-up media.

Virtual reality or virtual realities (VR), which can be referred to as immersive multimedia or computer-simulated reality, replicates an environment that simulates a physical presence in places in the real world or an imagined world, allowing the user to interact in that world. Virtual realities artificially create sensory experiences, which can include sight, touch, hearing and smell.

Creative geniuses have always found a way to create beyond the limits of their time – from Beethoven’s compositions for yet non-existent keys to the avant-garde work of surrealist painters – art knows no bounds.

And now you can appreciate the work of Salvador Dali in what may be how the artist truly intended: by way of virtual reality.

A few weeks ago, the Salvador Dali Museum in St. Petersburg, Florida, introduced a VR experience that took audiences into the Spanish curative’s famed 1935 painting Archeological Reminiscence of Millet’s Angelus. Allowing viewers to see Dali’s work like never before, museum visitors will be able to actually move about inside a three-dimensional interpretation of the artist’s masterpiece.

While the mass media might well see all manner of potential for their consumers in virtual reality, it is in augmented reality where the real excitement lies.

Augmented reality (AR) is digital information relayed on to the real world. It is a live direct or indirect view of a physical, real-world environment whose elements are augmented (or supplemented) by computer-generated sensory input such as sound, video, graphics or GPS data. It is related to a more general concept called mediated reality, in which a view of reality is modified (possibly even diminished rather than augmented) by a computer. As a result, the technology functions by enhancing one’s current perception of reality.

Here is an example of augmented reality in a 7D hologram.

Quite simply, the potential for the mass media here is to allow consumers to become part of the content. Part of the story and part of the sport. 7D holograms require no glasses or gadgets. Right now most augmented reality requires some form of headset although AR glasses are already being tested.

Through the mass media, consumers can go into shops, can arrange furniture in their homes or actually test drive a new car. They can also get right into the action of breaking news stories.

In my opinion this ultimately is a no-brainer lifeline for struggling mass media.