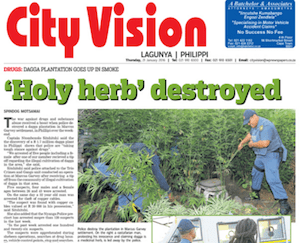 While horror tales about the decline of the print media abound, success stories don’t. But Compass24 Wave 3 research has shown South Africa’s local newspaper titles are not only well read, but that their readership is growing steadily.

An impressive 46% of all South African adults, that is 17.8 million people, read a local newspaper once a week. The strength of local newspapers rests on four pillars, they are: relevant, trusted, practical and engaging.

The research, conducted by Ask Afrika and commissioned by Ads24 to study 77 of Media24’s local newspaper titles, found that 46% of Ads24 local titles readers read four out of four issues of their local newspaper. Over a four year period, readership figures increased and new local titles were introduced. Total readership was about 6.2 million in 2015.

“The local newspaper platform provides the most space out of all mediums and a unique opportunity to extend and differentiate the messaging to make it relevant to the consumer. The success of a campaign depends on how inventively and creatively this space is used,” says Marise van der Lith, Creative Project manager at Ads24.

According to the Local Newspaper Report, The Newspaper Works and Brand Navigator 2012, local newspapers are seen as helping to define the identity of the region. They reflect its mind and mood and stand up for it, while also acting as a watchdog. They are seen as the heartbeat of their suburb, connecting readers with their community by providing practical and motivating information.

As access to the world increases and globalisation filters into everyday life, there is an equal increase in the desire to connect with direct communities and to stay local. According to 57% of South Africans local newspapers are valuable because they tell local news (TGI 2014B/15A).

The fact that local newspapers are trusted by their communities offers advertisers a halo effect, independent and credible editorial has a positive psychological impact on the advertising surrounding it.

“With all this potential advertisers are still not using the platform as innovatively as they could and are not maximising what the medium has to offer. Advertisers are still largely using clichéd adverts and I really don’t know why they are not seeing the opportunity. Content marketing is, for example, a good fit as it is a more authentic approach, providing the information that people want to know,” says Sarina de Beer, MD of Ask Afrika.

“Local newspapers are a unique platform that is not replicated elsewhere and advertisers need to utilise this relevance and agility. They can capitalise on social trends, build community centricity, facilitate promotional campaigns, host competitions and create awareness around recreational activities within the community, build niche readership groups, maximising the local newspaper’s differentiation,” she said.

Wave3 will soon be available on the Compass24 website and TELMAR, this research measures three things: Readership, Content Relevance and Appeal and Advertising Relevance.  It provides insight into change, gives direction, highlights opportunities for advertisers and fosters engagement. The sample is representative with close to 30 000 interviews having been conducted between 2013 and 2015.

In addition, a core focus in the 2015 wave was understanding consumer behaviour in the following categories: Telecommunication, Health and Beauty, Recruitment and Tenders, Travel, Sport and Leisure. Key focal points in any local newspaper advertisement revolves around price and brand reputation.

More insights will soon be revealed in the launch of Ads24’s trade newspaper The Beat Local Titles Community Edition which will be hand delivered to select media agencies countrywide on Friday 26 February 2016.