Rampedi, Twitter and the case for journalists’ free speech 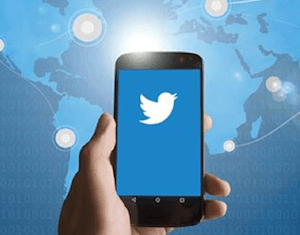 Sunday Times investigative journalist and interim president of the Forum of Journalists for Transformation (FJT), Piet Rampedi, has been “sanctioned” by the newspaper’s new editor after he launched a Twitter attack on a colleague.

Rampedi, responding to a tweet from Anton Harber (with whom he already had an antagonistic relationship over the professor’s academic credentials), said the resignation of Songezo Zibi as editor of Business Day was “good for journalism”. Harber had tweeted that Zibi’s “resignation over management meddling is giant step backwards for Business Day, for Times Media and for journalism”.

In response, Rampedi tweeted, “His departure is actually good 4 journalism. Zibi was neither progressive nor an agent of newsroom transformation”. He then added, “Zibi benefited from Peter Bruce’s patronage, cronyism & discriminatory culture that affirmed like-minded lackeys”.

The tweets, as has become common in South Africa, aroused a storm of reactions with the Mail & Guardian’s Sam Sole, responding, “Is this the official @TimesLIVE and @andrewbon123 view? @Bruceps? This smear demands a response, no?”

Anton Harber: @songezozibi resignation over management meddling is giant step backwards for #BusinessDay, for Times Media and for journalism.

Piet Rampedi: @AntonHarber@SongezoZibi His departure is actually good 4 journalism. Zibi was neither progressive nor an agent of newsroom transformation

PaulWhelan: @SamSoleZA@pietrampedi@AntonHarber@SongezoZibi@TimesLIVE@andrewbon123@Bruceps No; the smear does not merit a response.

The Sunday Times did respond, internally.

Newly appointed editor, Bongani Siqoko, told The Media Online that the newspaper had “noted” the comments “and immediately conducted an internal inquiry into the matter. The individual concerned was sanctioned in accordance with our HR policy,” he said.

“TMG has a social media policy and does not condone any breaches of policy. Given the new technologies and platforms emerging so regularly this policy is currently being updated and being communicated to all staff.”

In light of recent social media wars that exposed deeply held racist beliefs of people such as the infamous Penny Sparrow, and landed free speech advocate Gareth Cliff in deep hot water, and saw Standard Bank’s Chris Hart suspended, how should South African journalists treat Twitter and how far does the concept of free speech stretch in cases such as Rampedi’s?

Wits Journalism professor, Harber, whose initial tweet launched the Twitter spat, says while Twitter is in many ways “a wonderful phenomenon”, its big drawback is that “it allows one to throw out opinions without back-up or justification. So Piet Rampedi is able to throw abuse at his colleagues without having to provide substantiation. He is entitled to his view, but I only wish that journalists would feel a stronger need to use Twitter constructively, providing argument and back-up and context, rather than abuse. Let’s have an exchange of opinion on these matters, but let’s make it more substantial than one-liners”, he says.

Harber added that it must be “very difficult to work in a situation where colleagues attack each other in public forums”.

Ndlovu says he is “not offering an opinion on whether Zibi is progressive or not. Or, whether Business Day itself is progressive or not. Neither am I commenting on Mr Bruce. All I am saying is that given the nature of the accusation against Mr Zibi, whether true or false, I would have expected solid evidence, coherent argument, or at least sound anecdotes from Rampedi detailing Zibi’s weaknesses,” he says.

“Mr Zibi is not the first senior editor to resign, jump, or be pushed in this country. I do not remember any having their politics being challenged with such carelessness. Do we truly know from these tweets what are Zibi’s exact shortcomings? That said, we need to grant Rampedi the benefit of the doubt that he would not have just woken up and accused his colleague of stuff, just for the sake of it,” he says.

Jude Mathurine, senior lecturer in media studies at the Cape Peninsula University of Technology (CPUT) who taught new media and digital journalism at Rhodes University’s School of Journalism and Media Studies,  says that as a citizen, Rampedi has free speech subject to normal constitutional limits. “As a print journalist he is subject to the Press Council’s Press Code and is free to comment or express any opinion that he wants providing his statements are on a matter public interest, takes into account known facts and are made without malice,” he explains.

“While Twitter is 10 years old this year, its use among South African journalists as a tool for writing and research is still in its infancy. The challenge of opining about an online conversation is that screen grabs may only represent a fraction of communication which may take place across a range of platforms,” Mathurine adds. “While online conversations need to be placed in context, most authors have found comprehensive debate and discussion impossible to do in 140 characters. One would hope that Piet Rampedi and other authors would use his online comments on Twitter to direct users to a space where could provide a more considered response and informed debate.”

Ndlovu says Rampedi has a right to hold an opinion about Zibi “and come to a conclusion that Zibi was a lackey of Peter Bruce and that he wasn’t a progressive editor in terms of transformation. In terms of public debate, this is freedom of speech”.

But, he says, “It is that the tweets are lacking in essential detail. They are just accusatory with no evidence for those who are not in the know. In terms of colleague-to-colleague relationship, they’re just in bad taste. That said, national matters cannot only be discussed on the basis of politeness”.

How, then, should media groups react without violating staff members’ freedom of speech?

It’s tricky, says Ndlovu. “Rampedi is offering an opinion in the debate about the direction of journalism in this country. The question is not the opinion itself, but the quality of it. We may then have a conflict here between the journalist as an employee who represents a particular commercial enterprise and journalist as an intellectual who has to tackle our political/social issues without fear of being called to order. This is truly tricky.”

Mathurine says that as a journalist at a media company, Rampedi is “subject to a range of policies at TMG such as its Internet policy, employment contract and social media (or Blogging and Electronic Communication Policy as it was known in 2012) which may inhibit his right to free speech in a corporate setting,” he says.

“Wit’s State of the Newsroom 2014 report found that most of the big five media organisations have formalised policies and ensured that staff have signed them. These policies often limit disclosure of confidential company information or bringing the institution into disrepute, among others. The Times Media Group needs to adjudicate whether Rampedi’s statements violated these policies.”

Harber says he is concerned that notions of transformation can so easily be used against editors that one may not like. “As far as I am concerned, Zibi had emerged in just two years to become one of the best editors in the country and had quickly become the strongest, freshest and most important editorial voices around. To let him go is not just a mistake on TMG’s part, it is a setback for the newspaper, for the company, for our journalism and for transformation. Let’s judge journalists, above all, on the journalism they produce”, he says.

The reputations of Standard Bank, M-Net and Jawitz Properties all took a knock as a result of the social media activities of staff members. What of media businesses, then?

“Media are a business like any other and unlike any other,” says Mathurine. But while many are first and foremost commercial enterprises, “they are also organisations that play a great role exercising free expression in the public interest. The tension therefore lies between journalists employing principles of media freedom and free comment to ensure transparency and accountability of public and private institutions while being limited from being able to exercise the same in relation to their own organisations,” he says.

“This is, of course not peculiar to media institutions, however the debate as to the relative freedom that journalists have to criticise their organisations honestly and fairly must be had lest the sector be accused of being two-faced in its approach to transparency.” 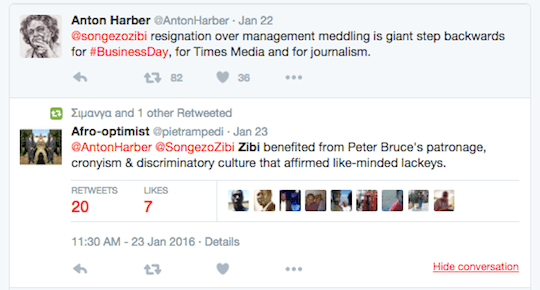 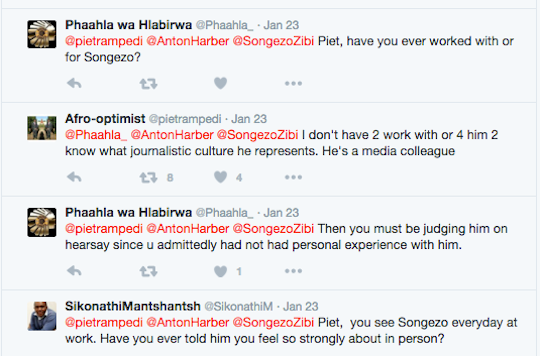