Approach video with an eye to quality, not quantity

Video expert Magnus Zaar pulls no punches when characterising today’s state of video: “Publishers may have a grand plan when it comes to online video, but when competition hits and video ratings match neither high hopes nor investments, publishers quickly turn to a short-sighted view of their video operations…”

Editor’s note: This is excerpted from the upcoming WAN-IFRA report on new revenue streams for news publishers, to be published in the next few weeks. Also, Magnus Zaar will speak at Digital Media Europe, 20-22 April in Vienna.)

Zaar spent his career in TV and online video, and until mid-2015 he was head of Aftonbladet TV in Sweden. Now an adviser to various publishing companies, he believes that video strategy often follows the wrong priorities and the wrong key performance indicators (KPIs). Zaar thinks “video is the topic we approach wide of the mark” – far too often, publishers seem to consider it to be a volume game. In other words, he says, “the main ambition is to attract ad revenues to make up for large video investments, through focusing solely on started streams.” In large part due to the dominance of pre-roll advertising.

The right strategy, according to Zaar, is “quality and engagement,” a totally different game than the click-focused one, an approach where video is valued for what it can add to the editorial product. And it requires a new set of KPIs connected to the video content, instead of the short-term viral offering that everybody does and where news publishers have no real competitive advantage. “It’s surprising to see the amount of viral video on quality publishers’ pages – viral video has been accepted in the name of quick video revenues. But to be honest, many news sites are releasing videos that they wouldn’t dare to present in the written word. It’s even worse if publishers have ambitions in introducing any form of paid content or online subscription. People don’t pay for that kind of viral video content”.

“Then the challenge is to ‘package’ the video right, because that content won’t only be accessed in your own controlled publishing realm, but also on standalone social platforms. Video content is increasingly – sometimes primarily – going to be consumed on platforms that the media don’t control. For this, you need to adjust,” he says.

A landscape full of new competitors

Every single player in the media field is making the video transition, a change that means hefty investments, radical changes in newsroom organisation and a focused mobilisation of new resources. The landscape is full of new competitors.

• Competition comes from giants such as Google and Facebook – the latter will soon be the world’s largest primary online news source and the leading online news provider, without having a single journalist on the payroll. With a huge focus on video and with a constant barrage of new ways of presenting publisher-produced content – be they Instant Article or Facebook Native video – those players are offering tempting distribution and reach, even if they still haven’t provided a viable business model to cover lost revenues on publishers’ own sites when they miss out on direct traffic.

• Competition comes from broadcasters, who are now closing the gap to the early-adopter publishers that took a position built on speed and accuracy, which broadcasters at first had problems copying. However, broadcasters are refocusing and, with comparatively large resources, they have managed a fairly quick digital conversion of their operations.

• Competition also comes from brands that are now turning into a new breed of commercial publishers. Under the banner “Content is our new product,” we are seeing small corporate-led newsrooms starting up outside the media industry, creating brand-produced and news-like video output – content that is often distributed by traditional publishers as native or branded content. Luxury brands are creating lifestyle content, betting companies are producing sports news, and food brands have their food channels. One major example is the “Experience the world of Red Bull” concept, with close to five million subscribers on YouTube, as well as five video channels, sports clips and exclusive YouTube series.

Management must take the lead

And it all goes back to the management lessons that Zaar learned from his past experiences. “Management needs to step up and define the correct strategy and set the right KPIs. The single factor that will increase your video audience, almost overnight, is making management aware that video will be the core communication format for the future, and conveying to staff the message that it’s a priority. Getting this endorsement from management drives viewing figures up.

“Then the newsroom gets an education in video, starts creating the conditions (for example, a video studio or suitable production tools), and defines production priorities. I’ve done that at Aftonbladet and I’ve seen it happen at clients,” he says.

“Each news brand should be different. At Aftonbladet we decided that live and breaking news was the key area. For others it may be internal commentating, for some it may be limited but well-worked-through explanatory videos. Every publisher is different – but the first step to success is to make sure that video has its rightful place in the editorial output. And that management stands by it long-term,” says Zaar.

This story was first published by WAN-Ifra’s World Editors Forum and is republished here with permission. 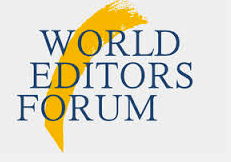