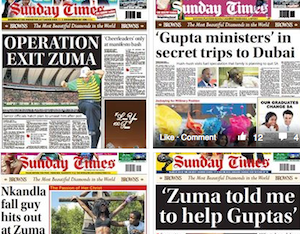 In the latest and final AMPS survey conducted for the publishing industry, core titles in the Times Media stable have continued to grow their audiences despite the -3.6% overall drop in newspaper readership in South Africa. AMPS 2015 reports that Times Media’s flagship title the Sunday Times continues as the most read newspaper in the country, having grown readership 6% year-on-year, with an audience of more than 3.7 million readers. Business Day has also grown readership by 27% compared to the previous cycle.

Similarly, Times Media’s Eastern Cape titles have bucked the trend amongst dailies, where the segment has shown a 10% year-on-year decrease in readership. Readership of The Herald is up 3% in the past six months, and up 6% year-on-year.  The Daily Dispatch has maintained the growth it achieved in the previous cycle, and has achieved a 17% increase in reported readership since AMPS 2014.

Trevor Ormerod, GM Group Sales & Marketing at Times Media, says the AMPS 2015 data will continue to play a very important role for media planners and advertisers over the next 12 to 18 months, until the Establishment Survey data is published.

“The good news is that titles like the Sunday Times and Business Day have continued to grow strong reading audiences, despite the rest of the newspaper sector showing a decline. We believe our success lies in the innovations we are making to build communities that engage with our titles.”

Although the AMPS 2015 data indicates a 23% decline in readership of daily newspaper The Times, this is largely attributed to Times Media’s strategy (announced in August 2015) to limit distribution of some newspaper titles to remove the costs associated with uneconomical circulation, and strengthen its core of high-yield readers.

“As a multi-platform publisher, Times Media is positive about the new metrics and methodologies that are being introduced by the Publisher Research Council.  The aim will be to gain insight on engagement within our audience of readers.  We are therefore passionately committed to innovations that drive engagement and create high-value communities in which our advertisers find traction,” said Ormerod.