No more battle of the sexes ads for 1st for Women 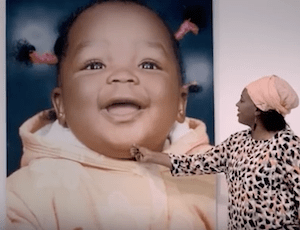 Insurance company 1st for Women has launched its new brand positioning and TV commercial, #weputyoufirst, moving away from men bashing to reinforcing the women’s independence on their own terms.

Research conducted by 1st for Women designed to “better understand women of today” threw the insurance company a bit of a curveball. It showed women had a “revised female code” that had shifted from the battle of the sexes to focus on the “right to personal identity and choice”. The company’s last advertising campaign focused on the differences between the sexes, and on men who just couldn’t help making a mess of things.

“Today, it’s no longer about being better than men, or the differences that exist between the sexes, but rather about gender acceptance and greater independence on women’s own terms. It’s all about redefining women and their multiple, integrated roles and supporting them to be the best that they can be,” says Casey Rousseau, marketing manager for 1st for Women.

The research revealed that women are expected to perform at their peak in every aspect of their lives, all the time. This constant pressure sometimes clouds women’s awareness of their own competence and abilities, and the incredible impact that they have on their families and their colleagues. Not all women take the time to acknowledge their own strength, resolve and power – and they seldom put themselves first despite the multiple roles they have to juggle on a daily basis.

“That’s where we come in,” says Rousseau. “We believe that the world would be a much better place if more women were encouraged to amplify their inherent greatness and let their confidence shine.”

1st for Women has now brought its new positioning to life with a poignant and powerful advert which was created in partnership with Publicis Machine.

“That’s why we do. We aim to constantly encourage women to be the best that they can be and support them by offering value added solutions that have been designed to complement the characteristics and qualities of all women.

“We want to inspire South African women to reframe the conversation – it’s not about what we aren’t. It’s about celebrating women just as they are, acknowledging their value and letting their inherent confidence shine,” says Rousseau.