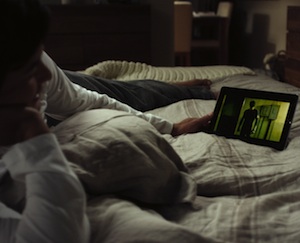 South Africans are increasingly watching video-on-demand but it hasn’t changed traditional viewing habits, rather being used to supplement TV services than replace them, Nielsen reports.

A new Nielsen Video-on-Demand Survey, which polled more than 30 000 online respondents in 61 countries, has found that 63% of South Africans watch some kind of video-on-demand (VOD) programming on an online device and 79% do so at least once a week.

“The projected growth of VOD programming services in South Africa has the potential to create opportunities for all players in the media ecosystem,” says Nielsen South Africa MD, Craig Henry. “For audiences, advertisers and content providers alike, advantage will be gained with an in-depth and keen understanding of not just how consumer viewing dynamics are changing, but why they are changing.”

Rather than replacing paid traditional TV services however, growing online-service subscriptions are supplementing traditional viewing habits and highlighting South African’s increasing appetite for entertainment. In terms of the genres of content being consumed, movies dominate at 80% followed by TV series (59%), comedies at 46% and documentaries at 40%.

“In a crowded media environment, relevant ads and brand experiences are critical for engaging consumers. The advertisers with the greatest brand and sales impact will naturally be those that connect messages about products and services with the people who want them,” said Henry.

For most South African viewers, it is clear that online and traditional services are not mutually exclusive, but complementary. A clear advantage for traditional network providers is that there is no simple replacement for live news and sports programming. The majority of South African survey respondents (85%) said they have no plans to cancel their existing traditional satellite service in favour of an online-only service.

Where VOD takes the field, however, is in its convenience, with 87% of South African viewers saying that watching video-on-demand programming on their TV/ computer/ tablet/ mobile phone or other online device allows them to watch content at a time that is convenient to them. Binge viewing is also a growing phenomenon with 71% of viewers saying they like to catch up on multiple episodes in one sitting, rather than be dictated to by traditional programming’s inflexible scheduling. In fact, so much so, that 69% of respondents said they wish there was more VOD programming choices available.

In terms of the perceived advantages of VOD viewing, 69% of respondents reported they prefer the larger screen formats of traditional TV. This is somewhat countered by 62% of South Africans saying they preferred the added convenience of multiple viewers in a household being able to watch different programming on different devices at the same time. When logging onto VOD programmes, the devices of choice are computers (73%), mobiles (54%), tablets (42%) and smart TVs (33%), with blue-ray and game consoles coming up behind.

At a broader level, it’s not just the youngest respondents engaging with VOD programming either. The report’s global statistics bear testimony to a higher percentage of Generation Z and Millennial respondents watching on-demand content daily or more often than their older counterparts, with more than one-fifth of Silent Generation respondents and one-quarter of Baby Boomers saying they watch at least once a day.

Overall the report says that as choice continues to increase for the consumer, new ways to discover content will be critical. Smarter discovery interfaces and content recommendation algorithms that predict personalisation present huge opportunity for local marketers.

“As evolving consumers continue to watch content on their own terms, so savvy content providers are also recognising the need for seamless integration of content across devices and the need to help consumers navigate through the abundance of available content and only select the programming that is most likely to be of interest,” Henry says.