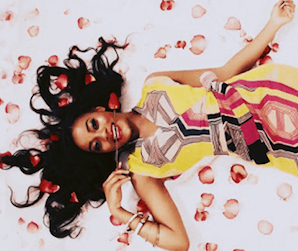 Although the market for video on demand in Africa is still emerging, there is much excitement about its future on the continent.

TRACE TV has bought pioneering African video on demand service, Buni.tv. The French network aims to ultimately fold Buni.tv after incorporating its assets and catalogue into its own VOD offering, TRACE Play, launching between September and November this year.

Marie Lora-Mungai, CEO and co-founder of Buni.tv, says the TRACE Play offering will be available in over 50 countries with a “a strong African diaspora and active black culture, such as France, the UK, the US, but also in the Caribbean and across Africa”.

Lora-Mungai says TRACE’s acquisition of Buni.tv is “consistent with its growth strategy, which was spurred by the rapidly changing television landscape and the evolving content and distribution patterns”.

Although it is still very much emerging, there has been a lot of excitement over the African VOD market in the past couple of years, says Lora-Mungai. “There are currently over 100 VOD services operating in Africa, most of them very small. However, major players have recently started to enter the market,” she says.

“VOD is a tough business that necessitates a lot of capital, so some consolidation will be needed. The acquisition of Buni.tv by TRACE does respond to a desire to combine forces in order to propose the best service possible to consumers.”

She says TRACE and Buni.tv share the vision that VOD is the future of television, “and that high quality original scripted content (TV series and films) is the key to success for any VOD service. This means that through the TRACE Play platform, TRACE will not only offer music but also other types of short and long form content that will be new for TRACE, while remaining consistent with the brand”.

She says TRACE will leverage the experience and expertise that Buni.tv is bringing after operating for four years as a pioneer of African VOD, but that will stay true to TRACE’s brand as a leader in urban youth entertainment.

“The African entertainment industry is growing rapidly, and TRACE definitely sees it as a focus of future investment and revenue,” says Lora-Mungai.

She does admit, though, that the high cost of data on the continent means it will be “several years until large sections of the African population are able to comfortably access VOD services. But TRACE is a global brand with strong footholds in other markets in Europe and America, on which it intends to focus as Africa develops”.

Nevertheless, the offering will be “very reasonably priced” considering its target market.

Lora-Mungai will join TRACE as a consultant in content development for Africa.