Ian Shepherd: ‘Giant of an adman’ 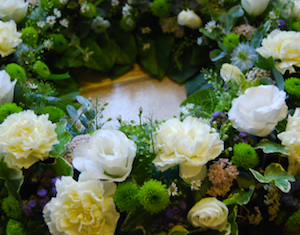 Former CEO, chairman and deputy chairperson of Grey Advertising in South Africa, Ian Shepherd, passed away on 4 July 2016 after a short illness. In a statement, Grey said Shepherd, who it called an “advertising icon” would be “sorely missed by the many people whose professional and personal lives he touched”.

Recently retired Harry Herber, a former director of The MediaShop, recalled how Shepherd was his “first boss” in his advertising career. Herber said Shepherd was a “giant of an adman, who truly understood the nuances of research, and his insightful marketing knowledge was better than that of most of the clients he serviced”.

“He earned respect not only from them, but all of us who worked with him. Ian’s patience, passion and commitment was evident for all to see. Unassuming and humble, his modesty and humility belied a fantastic servant of the ad industry,” said Herber.

“The industry has certainly lost one of their icons. We need more Ian Shepherd’s, but they are truly a rare breed of excellence.”

Shepherd’s advertising career spanned four decades, Grey said, and he joined the agency in 1991, growing the company into one of the most respected agencies in the country. He retired from Grey in 2005.Grey said Shepherd then served as the ASA Chairperson from 2006-2007 and dedicated much of his time to non-profit organisations including the CIDA Investment Trust, the Imvula Education Empowerment Fund and Community and Individual Development Trust.“Our deepest condolences to Ian’s wife, Jane, his daughters, Karen, Luci and Wendy, and their families.”
Related Articles: