Facebook’s algorithms give it more editorial responsibility – not less 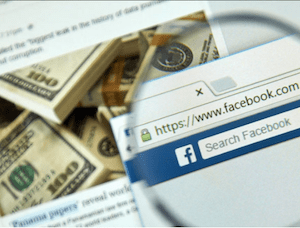 Recent criticism of Facebook for removing a post containing the iconic image of a naked girl during the Vietnam War isn’t the first time it has been accused of censorship. Yet at the same time, it is regularly rebuked for failing to remove quickly enough hateful, illegal or inappropriate material, most recently by the German government.

The difficult job of deciding whether or not to publish something – or to withdraw it – used to fall to the human editors of print publications, broadcasters and websites. Now that so many of us access news and entertainment through social media sites such as Facebook, the forces that control what we do and don’t see have shifted. But Facebook’s increasing use of computer algorithms means it has more editorial responsibility, not less – despite what the company wants us to believe.

Facebook is keen to avoid being labelled a publisher. This would leave it liable to media regulations and libel laws. Founder and CEO Mark Zuckerberg made this clear recently when he reportedly said: “We’re a tech company, we’re not a media company. [We build] the tools, we do not produce any of the content.”

Social media sites argue that the algorithms they use to determine what a user sees only provide recommendations, rather than publishing, removing or altering the content. But how visible the site makes the content has a huge impact on how far it spreads beyond the account of the original contributor. The way an algorithm works can have a similar effect to a newspaper editor selecting a piece for the front page.

A report from the Reuters Institute for the Study of Journalism found social media and search engine sites act as editorial gatekeepers that affect the nature and range of news content that users have access to.

There are no exact parallels for the new digital intermediaries identified here – most are not neutral “pipes” like ISPs, through which all internet content flows (although Twitter is close to this); nor are they pure media companies like broadcasters or newspapers, heavily involved in creative and editorial decisions. But they do perform important roles in selecting and channelling information, which implies a legitimate public interest in what they do.

Social sites counter that the content sorting and recommending only seems like editorial judgement. Because it is done by computer software, not humans, the sorting is purely objective. The algorithms merely select results in a way that aims to give users helpful and useful information.

There are two main problems with this argument. First, the algorithms often aren’t yet sophisticated enough to work entirely free of human involvement. After accusations of political bias, Facebook recently decided to fire the human editors of its “trending” news section and replace them entirely with algorithms. Yet this software was less-than-perfect and Facebook engineers now check the automatically calculated trending stories after several inaccurate or sexually explicit posts were promoted.

Second, the idea that algorithms are “neutral” and rely on logical decisions that are inherently free from prejudice is deeply flawed. The software makes a “rational” choice about relative benefits of different posts based on a set of values and selects which ones to promote to users.

These values have to be decided by a designer, or from data selected by the designer, and so are a form of human prejudice that’s built into the system. This means the responsibility for editorial decisions made by an algorithmic tool still falls back on its creators and those who are in charge of setting the values (usually the bosses of the company).

The power that comes with the editorial influence that social media sites have developed means the sites also have a public responsibility over what they do and do not allow users to see. As the Reuters report says, we now need regulation to protect the public against undue influence or manipulation of information by social media. In part this means transparency. Social media firms should make public the criteria by which they select stories for promotion. But more broadly it means Facebook and other sites like it need to take seriously the editorial responsibility that they now have.