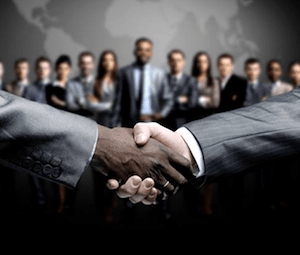 The Competition Commission has finished its four-year investigation into allegations of “collusive behaviour” by certain media owners, and found them guilty of contravening the Competition Act.

In a letter to media owners, the Competition Commission said certain aspects of their business practices amounted to “the fixing of prices or fixing of trading conditions in contravention of section 4(1)(b)(i)” of the Competition Act”.

But in a shock move, it offered the media houses the option of paying a hefty fine and meeting other conditions before it referred the matter to the Competition Tribunal for adjudication. Should they fail to take the offer, it would ask the Tribunal to levy a whopping fine of 10% of the company’s annual turnover for 2016.

The “settlement terms” insist on an admission of liability; payment of a penalty of 1% of the company’s annual advertising turnover in 2016; provision of 25% bonus airtime for every rand of airtime bought by smaller advertising agencies (defined as generating R50 million or less per annum) for a period of three consecutive years; the contribution of an amount the equivalent of 0.036%, within three years, of its advertising turnover generated in the year ending 2016 to a Development Fund (which would be managed by a Commission-appointed agency and disburse funds to historically disadvantaged persons wanting a career in advertising); the removal of the requirement for security or guarantee required from smaller advertising agencies before placing advertisements with media owners; and cessation of the conduct.

It also gave owners the option of a once off “administrative penalty” of 4% of annual advertising turnover.

The commission alleged media owners who sold advertising space have an agreement to offer similar discounts and payment terms to ad agencies. It said accredited agencies were given a 16.5% discount on payments made within 45 days while for non-accredited agencies, it was 15%. It also said media owners charge a 50% cancellation fee for ads withdrawn 24 hours before publication or being aired. Finally, it said members used Media Credit Co-ordinators (MCC) and its intermediary, Corexalance, to “negotiate and impose” the settlement discount structure on ad agencies.

Itumeleng Lesofe, spokesperson for the Competition Commission, confirmed the letter had been sent to “media houses that are engaging in the sale of advertising space who are members of MCC”. Lesofe said the MCC was “used by its members as a platform through which this conduct was perpetuated”.

Some media houses had already contacted the Commission to request meetings to discuss the offer. “The Commission adopted these terms taking into account the nature of the contravention, the harm it has caused and what can be done to address the harm,” Lesofe said.

But Caxton has labelled the proposed settlement as “punitive”. In response to questions from The Media Online Caxton said it had been engaging with the Commission since 2011 and had provided it with a “complete response” to all queries raised.

No unlawful fixing of prices

“We have concluded that there has been no unlawful fixing of prices or trading conditions, that the conduct complained of does not fall within the ambit of prohibited conduct in terms of the Competition Act, that the advertising commission arises from an industry tradition which is more than one hundred years old and does not amount to an agreement or concerted practice for purposes of the Competition Act, and that the commission has, in any event, emanated from the advertising industry and not from the media owners,” Caxton said.

Caxton said the discounts were in line with what happened in other jurisdictions “where the practice has not been challenged by local competition regulators” and that “properly construed” it was “actually efficiency producing and operates to the benefit of advertising services consumers”.

In May this year, the Commission also caused a flurry when it gazetted amendments to section 73A of the Competition Act. The amendments criminalised conduct found to be collusive or cartel-like. The move led to many media houses changing their rate cards as a precautionary measure.

Caxton said it had increased its commission to 17%, without amending its rate cards in May. “Our actions were taken as a precautionary step, to avoid any suggestion that the industry tradition could be seen as criminal conduct, in addition to the existing allegation that it is collusive. The increase in our commission is highly beneficial to the advertising agencies and is aimed, in particular, at assisting small and developing agencies,” it said.

The Media Online contacted various media houses to ask if they’d received the letter and if so, how they would respond to the Commission’s offer.

“Media24 can confirm having received the letter from the Competition Commission. We are assessing our legal position in relation to the matter and cannot publicly comment on an ongoing investigation,” said Media24’s head of corporate communications, Anika Ebrahim.

Times Media responded via its public relations company, Pugh Public Relations & Corporate Communications. “Thanks for approaching TMG with the questions below. At this stage, however, Times Media has decided not to offer any comments,” said Samantha Pugh.

“All I can say is that DStv Media Sales are engaging with the Competition Commission on this issue. Unfortunately I’m unable to comment further at this stage,” said Chris Hitchings, CEO of DStv Media Sales.

The Commission refused to respond to a question on whether any of the media houses had applied for the corporate leniency, saying this was confidential information. The Commission’s Corporate Leniency Policy allows “cartel participants” to give the commission information in exchange for immunity.

The offer stays open until 31 September.