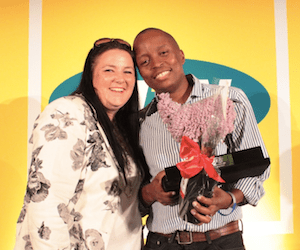 Four MOST Awards were presented to exceptional individuals in the industry who are role models, leaders and media heroes.

To select media Legends and Rising Stars, names are submitted by respondents to independent web-based research conducted by Freshly Ground Insights (FGI). These names are then considered by a panel of previous winners using selected criteria. MOST Legend Awards go to candidates over the age of 40 and Rising Star Awards to those under 39 years.

A Media Agency or Media Owner Legend is a consistent performer with a strong reputation for transparency. They display: leadership, passion, commitment, mentorship, inspiration, consistency, wisdom and are relationship builders, and brilliant negotiators, involved internally and within the media sector. These MOST Legends set the bar for future leaders.

Josh Dovey has a wealth of experience. Having been involved with OMD South Africa, a business he co-founded over 20 years ago with Gary Westwater, Dovey has remained a constant in the agency world. OMG’s trust in Dovey resonated when he was put in charge of one of the group’s most important divisions, Africa, at the beginning of this year. It is a testament to Dovey that he was tasked with getting the most value for OMG’s clients out of the African region, a new focus area for the group. In the short time he has been in charge, Dovey has excelled at the task.

Marco Santos, Managing Director of OMD SA says, “Two words come to mind when trying to define Josh Dovey: pioneering visionary. I have had the pleasure of working with Josh over the past 12 years, whereby I have been exposed to his pioneering vision through the birth and evolution of both the South African and Pan African OMD Brand. Today OMD is the market leader in the largest two economies on the African continent and this is attributed to Josh’s innovative business planning. Personally, Josh has been an inspirational mentor to me and I strongly respect his ethics and values that he reflects across all spheres of his life.” 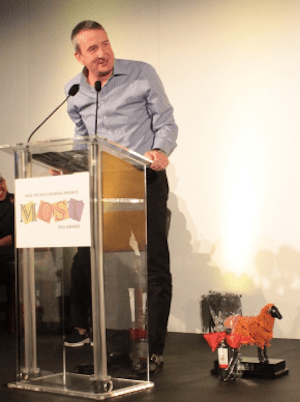 Barry Sayer has had a long, active and exemplary journey in the out-of-home advertising space, whether based in South Africa or in England. Sayer, recognised as a doyen of out-of-home (OOH) media, recently brokered the sale of Continental Outdoor Media to JCDecaux in his role as Executive Chairman. He was president of FEPE International (the Federation European Publicite Exterieur) for a number of years.

His career began in 1973 as an advertising manager at The Natal Mercury, after two years he was promoted to marketing manager. In 1975 he joined Advertising Displays as MD. Ten years later he founded Sayer & Associates Billboard ADV Contractors, which was then to merge with a number of OOH companies under the banner CorpCom, Sayer became CEO. Clear Channel, with Independent News Media, acquired CorpCom and Sayer stayed on as CEO.

In 2006 he moved to England to take over as CEO of Clear Channel UK and was later promoted to vice president of Clear Channel’s international operations, responsible for Ireland, the Middle East and Africa. Whilst in the United Kingdom he also served as a director of Postar, the outdoor research company and as a council member of the Outdoor Advertising Association of the UK. Outside of the advertising industry, he served as a board director of the City of Westminster, Heart of London Business Alliance. In 2010, Sayer was appointed as CEO of the newly rebranded Continental Outdoor Media and in 2013 he became executive chairman.

Adelaide McKelvey, Sales and Marketing Director for Sub-Saharan Africa at JCDecaux, who has worked with Sayer for 19 years says, “Barry has an inherent knowledge and understanding of the OOH industry and is a natural marketer. He has vision, and knows exactly what a business requires to move from ‘good’ to ‘great’. He has the ability to communicate his vision with his team in the most articulate manner, affording everyone an opportunity to share, and buy in to the outcome and delivery. Barry is a great leader who genuinely cares for his colleagues and takes interest in their growth and well-being.” 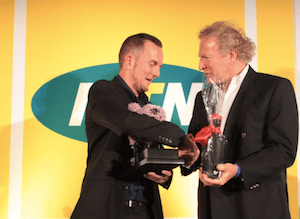 This award goes to the person who has consistently displayed the following characteristics: excellent relationship skills, open minded, innovative, confident, challenges the status quo, outspoken, decisive, takes the lead, involved in the industry and developing a profile.

Gräbe started working at Carat in 2010, where over the next six years she worked across global and local blue chip brands. Here, her accomplishments include leading the Nokia / Microsoft business, heading up the Mondelez team for 3 years, as well as working on global brands such as MasterCard, the Walt Disney Company, Mattel, General Motors and local clients like Old Mutual, Airlink, and the CSIR – to name but a few.

“Ilsa is an absolute bundle of positive energy, always full of knowledge and keen to impart it to clients and is at the forefront of what’s happening,” says Celia Collins, Managing Director for Carat, Johannesburg, where Gräbe was strategic director. In August 2016, Gräbe entered a new stage in her career, taking up the role of communications and engagement manager at Heineken. 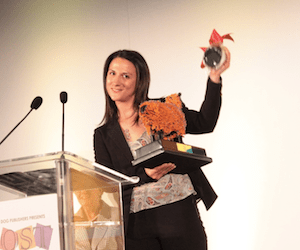 This award is presented to the person who best displays the following characteristics: excellent sales skills, open minded, innovative, confident, challenges the status quo, outspoken, decisive, takes the lead, involved in the industry and developing a profile.

Previously employed by SABC Commercial Enterprises as general manager of business intelligence, Wanele Mngomezulu took up a position as group commercial director and MD of MSG Group Sales at MSG Afrika Group at the beginning of the year.

“In a very short space of time, the fortunes of our business have more than doubled under his leadership,” says Given Mkhari, CEO of MSG Afrika. “He’s a very calm, systematic individual, who has the ability to get the best out of his team, and a very efficient operator. What he’s achieved within media sales, is where I thought the company would be in about a year and a half. He was able to do that in the space of two months! …He is an amazing turnaround player.” 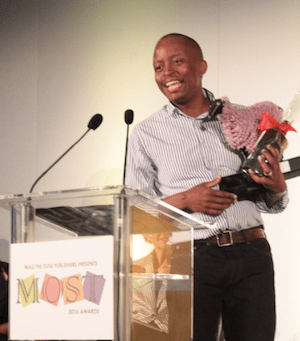