LATEST NEWS
Home Press On the record: State of Capture and the role of the media

On the record: State of Capture and the role of the media 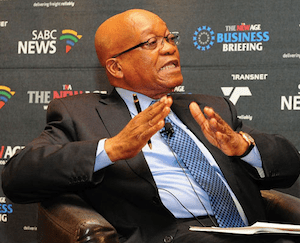 OPINION: The “firebrand” South African press, said Save South Africa founder, Sipho Pityana, “… is the toast of the free world and the pride of our nation. You are too many to mention, but we thank you”.

His lavish compliment is a far cry from what the media has been labelled over the period of Jacob Zuma’s rule. The press has been called treasonous, accused of playing an opposition role, being pawns of white capital, agents of media capture, liars, unpatriotic… There have been threats of Media Appeals Tribunals, of muzzling the media via the Secrecy Bill, of withdrawing government advertising. The SABC has been used to suppress news, to punt the government’s good news stories, to silence dissenting voices.

But what is absolutely clear now, after the release of the contested Public Protector report, State of Capture, is that it was the media who exposed state capture and those who are deeply involved in the raid on the country’s resources. It is the media that fought to keep democracy alive by relentlessly exposing efforts to stifle it and in the process, allow state capture to flourish and enrich the “predatory elite”.

As Stephen Grootes pointed out in The Daily Maverick, “There is one other part of Madonsela’s report that tells us something about our country. It’s about our media. Much of her work starts with media reports. Often, people lay complaints after a newspaper does this or a radio station reports that. It is only because of the independent, uncaptured, commercial and non-SABC, non-Gupta media that we know so much about what happened. SA media ensured that the voices of truth cannot be silenced.

The SABC and Gupta Media

The SABC and ‘Gupta media’ come in to former Public Protector Thuli Madonsela’s report. The situation at the SABC should form part of phase two of the State of Capture investigation, she said, as she did not have time to look into it before her term of office expired in October.

In her introduction, Madonsela says she investigated “All business dealings of the Gupta family with government departments and SOEs to determine whether there were irregularities, undue enrichment, corruption and undue influence in the awarding of contracts, mining licenses, government advertising in The New Age newspaper, and any other governmental services”.

It wasn’t just government advertising and sponsorship of The New Age that was exposed in the report, but also sales of the newspaper too. In her investigation of South African Airways, and its “numerous losses” Madonsela’s investigative team looked into Fin24’s story that SAA had spent “R9.4m on purchasing about six million copies of the New Age newspaper, which is owned by the Gupta family.

To support the story, the team found that former Finance Minister Nhlanhla Nene had replied to a parliamentary question posed by the DA that since March 2011, SAA purchased 5 927 000 copies of The New Age that were supplied to domestic on-board flights, lounges and airports.

SAA and The New Age

“The newspaper was in circulation for just three months before SAA started buying The New Age and its circulation figures are not audited by the Audit Bureau of Circulations,” the report said.

And it noted, “Natasha Mazzone, DA shadow minister of public enterprises, wants Brown (Minister Lynne Brown) to investigate whether President Jacob Zuma had any influence on the  agreement between SAA and The New Age, whether such spending is financially viable given the current state of SAA, and why the New Age was chosen ahead of any other national newspaper”.

And she added, “The New Age newspaper has also secured contracts with some provincial government departments and state owned entities, most notably Eskom and South African Airways (SAA).

The New Age comes up again in the affidavit from former CEO of Government Communication and Information System (GCIS), Themba Maseko who alleged that members of the Gupta family pressured him into placing government advertisements in the newspaper and that this was a direct request from Zuma.

Maseko rolled out the chain of events that led to his blowing the whistle on Gupta media and Zuma. He had received “numerous requests from members of the Gupta family for a meeting to which he finally agreed”. On his way to work, he received a call from a personal assistant at Zuma’s official residence, Mahlamba Ndlopfu, who said: “Ubaba ufuna ukukhuluma nawe” (loosely translated, the President wants to talk to you);

Maseko said he informed President Zuma that he was already on his way to the Saxonwold residence of the Gupta family and the Zuma responded: “Kulungile ke baba (It’s fine then)”.

Maseko met Mr Ajay Gupta and one of his brothers, “whose name he could not recall”. During this meeting, Gupta told him The New Age would be launched and said, “I want government advertising channeled to the newspaper”. Maseko oversaw a media buying budget of just over R600-million a year.

Maseko pointed out to Gupta that GCIS performed market research and decided on the client’s target market before selecting the right medium of advertising and that the budgets were held by various departments. Gupta then said this was not a problem as he would instruct the departments to advertise in the newspaper.

“Mr Ajay Gupta apparently stated that tell us ‘where the funds are and inform the departments to provide the funds to you and if they refuse, we will deal with them. If you have a problem with any department, we will summon ministers here’,” Maseko wrote.

‘I’m not asking you, I’m telling you’

A few weeks later, on his way to the Nedbank Golf Challenge, Maseko received a phone call from a “senior staffer” at The New Age, demanding a meeting with him. When he said he would be available the following week, the staffer said, “I am not asking you. I am telling you. The meeting has to happen. It is urgent because of the launch of the newspaper.” Gupta then called, demanding a meeting the next day. When Maseko refused, Gupta said, “I will talk to your seniors in government and you will be sorted out”. He apparently said would replace Maseko with people who would co-operate.  Which, of course, is precisely what happened.

While the extent of Gupta media in state capture will form part of the next phase of the investigation, the role of the media in the SARS drama is also significant. The ignominious role of the Sunday Times in exposing the so-called ‘SARS rogue unit’ story is outweighed by the work done in exposing captured elements of SARS in hounding of Finance Minister Pravin Gordhan, the story that ultimately saw South Africans from across the board unifying behind the Save South Africa campaign to take back the country from those who would raid its coffers for their own ends.

As the journalist who led the story on what was really happening at SARS, Marianne Thamm, said in a Facebook post, “There are people, you know who you are, patriots who have risked so much to talk to the media and people like me. You are the heroes of today. We were the messengers who digested it all and tried to make sense. I can’t name you here but you know who you are. You have helped make history… I salute you. You have kept me going through these rollercoaster times.”