The rise of Mr Radio, TholiB 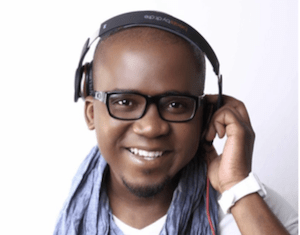 TholiB is a busy man. Not only is he on air at regional radio station, Capricorn FM in Limpopo, but he’s also responsible for its overall health and sustainability, juggling the roles of DJ and station manager.

But, he says, it’s no problem as one is an extension of the other. “I believe in leading by example, including dealing with normal human errors. Besides, I wasn’t ready to put the mic down yet, lol. It’s been going well so far; I will make room for new talent when the time is right,” he told The Media Online.

‘Mr Radio’ began his career in entertainment after doing a music, sound engineering and management course at Allenby College. After graduating with an advanced Diploma, he worked for seven years in the post-production industry as a sound designer.

Not one to sit back and wait for his shot at the top, TholiB came up with a concept for a show on Yfm, pitched it and secured his spot on The Joint’ show AK. Two years later, he had his own ‘graveyard’ gig and a year after that, made it to prime time.

His advice to ambitious young presenters is to work hard. “One should start by loving radio and respecting the art and not doing it to be famous. Then you just never, ever give up. Stay abreast with current trends, lead the way, don’t be left behind, and be professional,” he says.

The formula worked for him. From 2013, he joined 947 as the lunchtime show presenter (12-3pm weekdays) and also indulged his love of sport as a field presenter for SuperSport cricket. And in between all that, he worked on his skills as a voice over artist for some major brands and launched a club and bar in Rosebank.

A head for business

It’s no wonder he has a solid head for business. “I have owned different types of businesses before and have learnt a lot about personnel management and business development. Combined with my nine years behind the mic on two of the most successful commercial radio stations in the country (YFM & 947) and everything I have learnt there from a media perspective, I am big on inspiration and having a positive frame of mind. I put people first and understand that it helps with putting out great work,” says TholiB.

His role models, he says, are on his list of influencers for “reasons ranging from their presenting styles to their understanding of the business of radio”. Given Mkhari, Alex Jay, Greg Moloka, DJ Fresh, Bob Mabena are just some.

Born in Venda, and now based in Limpopo, TholiB says he loves the media scene in the province.

“What I want to emphasise most is the pride we seem to have in our province and the people who live in it. Even if they have moved out of the province, there is a sense of not forgetting where we’re from and of helping each other; media houses here do a lot to uplift that end of the process,” he says.

So what kind of advertising does CapricornFM pull in? It’s a mixture of government, national and local businesses, says TholiB, adding that the mix works very well for the station and that they are attracting national clients.

“It’s also important for us to uplift local businesses and communicate local government messages which is why we have great relationships with them and are committed to building our province together with them, hence our brand vision is of a #ProgessiveLimpopo,” he explains.

But he believes that to further enhance the radio experience, stations should employ unconventional marketing tactics. “The days of waiting for clients to come and book generic advertising are over. More creativity around experiential marketing should be realised, and this is something we as Capricorn FM are already doing very well,” he says.

While the station is in Limpopo, it is owned by MSG Afrika, a company TholiB says employs of the brightest minds in the business, from sales and broadcasting and financial management to marketing and business development.

“As a fully black owned group, they also understand the importance of developing and up-skilling young black people. We couldn’t have asked for a better big brother,” he says.

TholiB has a one-year to five-year plan in mind. “In a year I’d like to be sitting here telling you about the success of the station during my first year, and in five years I would like to be telling you about not just the best performing commercial radio station in the country (Capricorn FM), but also the influence it has on other MSG Broadcasting commercial radio stations looking up to it, and how they have also found their success,” he says.

And his message to listeners and clients? “All the best in the new year, and be part of progressive Radio with Limpopo’s Hottest Frequency, Capricorn FM. See you at the top.”