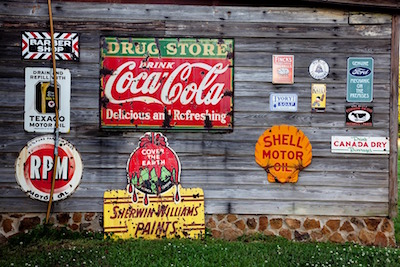 In tough economic times, advertising has traditionally been the early warning indicator. It’s been getting tougher for a decade and it’s only getting worse, because adland is trapped between what I call the twin troughs.

The first trough certainly isn’t new, but it’s intensifying at an accelerating rate. It can be reduced to an inability to control operating efficiencies in a lost industry being pulled in multiple directions. In an environment where clients demand more options, more services and more output for less revenue, it’s a race to the bottom. In this scenario only the biggest and super-insured survive, polarising the market into giant multinational groups on one end and small but fragile specialists on the other. There really is little by way of a middle terra firma.

Today agencies are expected to be full service players by morning, old media agencies by afternoon and new media whizzes by night. They’re expected to be capable of morphing like some sort of extra-terrestrial mash up into what’s demanded of them. And most believe they can, or at least pretend they can, which highlights the absence of differentiation and a pervasive denialism.

Investment in talent, the kind of talent that by dint of genetic coding simply cannot exist in a super corporate environment, evaporated long ago. The networks pretend to grow exotic floral kingdoms in a Martian environment, but nobody, least of all legitimate talent, buys a single revolution of that spin.Consolidate, consolidate, consolidate is the global network mantra, frequently brute-forcing misshapen pieces into cookie cutter holes.

The common outcome is an uncultured kaleidoscope that is anathema to the fundamentals of success in a creative services business. Drastic over-investment in layers of spreadsheet managers marching to the mechanical beat of Wall Street’s quarterly results preoccupation at the expense of creative and technology skills has all but removed the soul of the industry, strangling entrepreneurism and innovation at every squeak of a magic marker. It is the original sin of advertising, forever banishing succeeding generations to a barren purgatory.

A bad remix of the old ATL-BTL distinction

The second trough is the existential crisis the global industry is trapped in. The persistent distinction between traditional and digital offerings is a bad remix of the old ATL-BTL distinction. Creative people are idea-centric, they find innovative solutions to complex problems. They don’t just make ads. Yet the industry (media owners, media agencies, creative agencies and marketers) uses every opportunity to strangle a problem solving idea because it doesn’t fulfil all the predetermined channel criteria. Here’s a home truth that few in the industry have learned in spite of 65 years’ hard experience: A great creative idea will outperform the biggest, most extensive media schedule every time. The market is so busy chasing ever-fragmenting audiences across a rapidly expanding myriad of connection points that it’s all but forgotten the power of great communication. There’s such an abundance of advertising inventory programmatic buying has become a necessity. The flip side of this efficiency coin is an algorithmic attitude to the humanity of emotionally bonding storytelling. There’s loads of creativity in AI but no AI in creativity. We can no longer see the algorithm for the digits.

Speaking of which, the ad industry has failed spectacularly at embracing technology. There’s more creative opportunity in a hyper-connected world than ever before, but the digital side of the field has been consigned almost exclusively to the left brain. I challenge you to find an agency offering, for example, the layering of behavioural data on big data, or a data derived behavioural economics tool. But every corner shop calls itself a digital agency because they have a couple of social community managers on their books.

Adland has largely outsourced technical to the IT world and management consultancies, and where it hasn’t it has failed to adapt its business model to the demanding rigours of data science. The result is it rarely attracts anything but leftover technology talent, which simply cannot compete with the nimble specialists, let alone the Silicon Valley giants.

Marketers are faced with the challenge of having to choose between investing in mystical creativity or hard-driving behavioural science, predictive modelling and analytics. It shouldn’t be a choice. Agencies should be leading the way, instead they’re trailing behind in a dust cloud of confusion. The multinationals know this but are building firewalled silos in response, not truly integrated offerings. The opportunity to make the leap with the bonus of free lessons from developed markets is here, now, but I suspect there’ll be little competition for this sweet spot offering from adland. It’s technology players who are best positioned to reverse the order by bolting creative offerings on to data science in both the creative and media space.

Africa doesn’t have the volumetric scale of the US or Europe or East Asia to mitigate risk, which handbrakes big investment and leaves the playing field wide open to technology players to eat adland’s lunch. We have no shortage of talent and entrepreneurial skills but little appetite from the investment community to back it. It’s a great shame because creativity is suffering the ignominy of being suffocated by spreadsheet accountants who’ll pivot to the next gig once they’ve removed all the marrow from the bones of the industry. 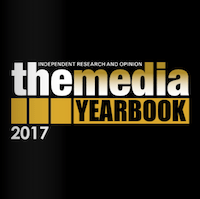